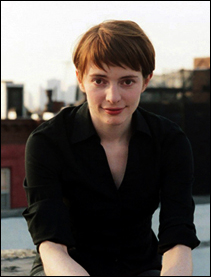 Unbridled Books’ recent 25 e-books for 25 cents promotion drew lots of media attention, book blog coverage, indie bookseller appreciation, and sales. The promotion, which introduced many readers to e-books and Unbridled’s backlist, sold 15,807 copies. The bestselling title was The Singer’s Gun by Emily St. John Mandel, the number-one Indie Next List pick in May 2010.

BTW: The Singer’s Gun mixes corruption, seduction, moral bankruptcy, and loyalty (if only to a one-eyed cat) in a harsh urban and then dreamy island setting. Are you interested in writing about a range of internal and external territory?

Emily St. John Mandel: I am. I’m interested in the everyday corruptions, acts of kindness, and errors of ordinary people; the way the same individual can be a kind and, in many ways, admirable human being, but also potentially capable of committing a betrayal or even a criminal act, and the way a seemingly minor mistake can have drastic repercussions. As for external territory, I wouldn’t call my work crime fiction, per se — I think of The Singer’s Gun as literary fiction with a criminal element — but I’ve always loved the classic noir juxtaposition of criminal acts with an idyllic landscape as the backdrop. Also, this is neither here nor there, but I have two one-eyed cats and I’m very fond of them.

BTW: Unbridled championed your novel from ARC to its latest incarnation as an e-book in the 25 books for 25 cents e-book campaign. What did you think of Unbridled’s partnership with indie bookstores that sold almost 16,000 e-books?

St. John Mandel: Unbridled has been wonderful about championing my work. I’ll admit that I was initially a bit skeptical of the 25 e-books for 25 cents campaign (my first thought may possibly have been along the lines of “Wait, you’re selling my book for 25 cents? Really?”), but I think it turned out to be a very intelligent and useful promotion. Twenty-five cents is obviously not a sustainable price point over the long term, but as a short-term promotion, and as a tool to help independent booksellers teach their customers how to download books from their store websites, the campaign seems to have been phenomenally successful.

The e-book market will only continue to grow, and I’m sure there are a lot of people out there who like to buy e-books and want to support their local indies. The continued life of independent bookstores in this country is something that matters a great deal to me, and I liked that the Unbridled campaign gave booksellers an easy way to educate their customers.

BTW: Indie bookstores chose The Singer’s Gun as the #1 Indie Next List pick in May 2010, and it was the bestselling e-book during Unbridled’s promotion. Do you see the role of independent bookstores shifting as more readers buy e-books?

St. John Mandel: Independent booksellers have been tremendously supportive of my work, and I deeply appreciate it. I’m not the first person to say this, but I think that an algorithm (“if you liked X, you might also like Y”) will never replace good handselling. I think that independent booksellers will continue to play a curatorial role in the cultural landscape. I imagine the bookstore of the future might have somewhat less shelf space, as more people buy their books digitally and print-on-demand technology continues to improve, but I imagine they’ll still be hubs of their communities, places where one might go and browse and chat with a bookseller and perhaps buy a cup of coffee.

BTW: What are you working on now?