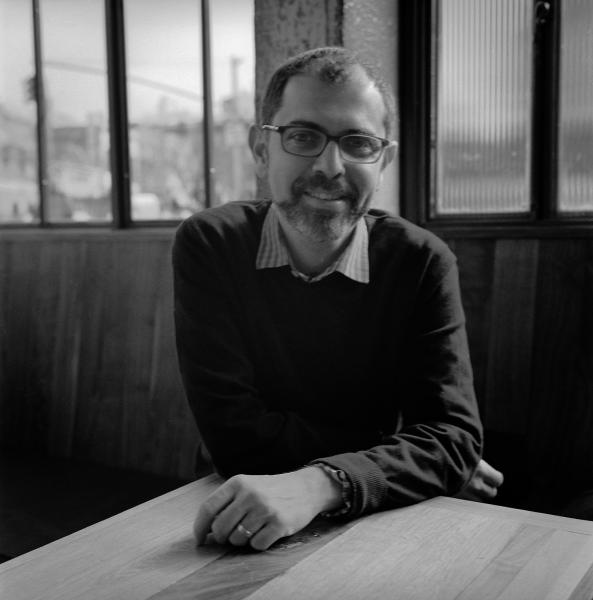 Independent booksellers have chosen Boris Kachka’s Hothouse: The Art of Survival and the Survival of Art at America’s Most Celebrated Publishing House, Farrar, Straus and Giroux (Simon & Schuster, August 6) as the #1 Indie Next List pick for August.

As a contributing editor for New York magazine, Kachka writes about books, publishing, and culture and is known for his engaging profiles of authors, actors, directors, and industry professionals. Kachka has also written for Condé Nast Traveler, GQ, and Elle magazines, and he contributed to the 2011 anthology Made in Russia: Unsung Icons of Soviet Design (Rizzoli).

Kachka’s pursuit of the history of legendary publishing house Farrar, Straus and Giroux (FSG) began in the late 2000s, when he was doing research for an article on the multitude of publishing company layoffs and reorganizations that were making the headlines alongside news of bookstore closings and the growth of e-books and online retailers. 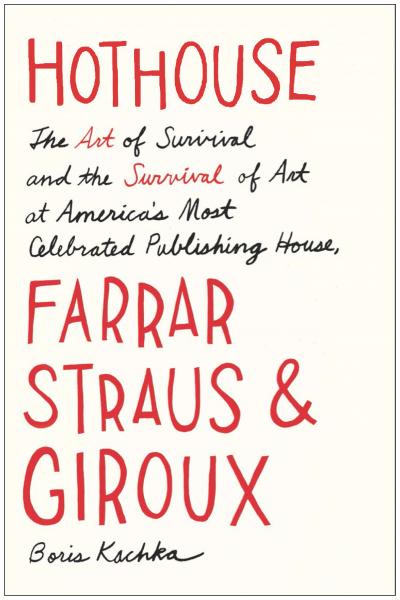 For the article, he delved deep into the inner workings of several publishing houses, including Random House, HarperCollins, and FSG, and was unusually fascinated by the tale of author Tom Wolfe leaving his publisher, FSG, after a 42-year relationship with the company. Wolfe’s departure came shortly after the death of his editor, Roger Straus.

“I knew about FSG, but I didn’t quite know its origins,” said Kachka. After speaking to an agent who encouraged him to investigate further, Kachka began knocking on the doors of current and former FSG employees.

Key to learning about the company’s history, Kachka discovered, was Peggy Miller, Straus’s longtime assistant, who was the eyes and ears of the company for decades. “The great thing about her is that, even in her mid-80s, she keeps a regular schedule of lunches with editors in their 20s and 30s. That’s how this lore gets passed down,” Kachka said. “That’s how I found out that something was there. I started doing research and I realized that the book proposal would be pretty juicy.”

“Juicy” is just the beginning. Independent booksellers are praising Hothouse as “hugely entertaining,” “a total delight,” “scandalous,” and “tantalizing,” though it took enormous devotion on Kachka’s part to boil down hundreds of letters, interviews, and anecdotes into this literary treat.

At the research division of the Columbia Center for Oral History at Columbia University, Kachka made it through the transcript of a 1,200-page oral history of FSG owner Roger Straus II. “His son [Roger Straus III] said I’m the probably only person who’s read that oral history all the way through, including himself and his father,” said Kachka.

Sifting through 800 boxes of archives at the New York Public Library, Kachka narrowed down the list of writers he planned to include in his story — everyone from Susan Sontag to Flannery O’Connor to Jack Kerouac — using, he said, “a combination of the writers’ fame, my personal interest in their work, how interesting their lives were, and how enmeshed they were in FSG.”

An anecdote about Aleksandr Solzhenitsyn, for one, resonated with Kachka, “because it’s a story that seems boring on the surface — it’s essentially about copyright,” he explained. Solzhenitsyn, who had built a reputation with One Day in the Life of Ivan Denisovich, published 1967’s Cancer Ward in the Soviet Union, a country at the time unbound to any copyright laws. Publishers viewed Cancer Ward as being in the public domain and freely translated and published it, but FSG followed the law of ethics. “Straus treated Solzhenitsyn right by paying him royalties even though he didn’t have to. That’s an example of something that really speaks to how FSG succeeded,” said Kachka.

Many of FSG’s early successes are in part “because it picked up Bob Giroux,” who had built many deep, personal relationships with authors prior to joining the company, Kachka said. One of those relationships was with poet John Berryman, but time and time again Giroux missed out on the opportunity to publish him. “Later on in their careers, Giroux managed to pick up what would become Berryman’s most important book of poetry, Homage to Mistress Bradstreet, after years and years of failing,” Kachka said. “When you see how happy they both were to be together professionally at last, after such a long and fraught friendship, it seems like it happened instantaneously in 1956 when he picked up that book, but it had been building since they first met in college in the early 1930s.”

Hothouse vividly details FSG’s early tendency to cater to “the care and feeding” of its authors, but today the relationship many authors have with their publishers has changed. “There’s less of a feeling of institutional support,” Kachka said, though agents are stepping in to fill the intermediary role.

“I think agents have to take more responsibility that used to belong to publishing houses,” said Kachka. “One of the things [agent] Andrew Wiley said was that he considers himself a gardener, and not father. Roger Straus was like a father figure, and you get tired of that. You rebel against your father. You think your father’s not taking care of you or he could do better, but a gardener just keeps on gardening. And that’s what agents are.”

In many ways, authors have also changed. “You had all these writers who were tenured, who had cushy jobs at magazines, or were critics who got paid for thousands of words a week or a month. A lot of those ancillary jobs have fallen away,” said Kachka. “For example, it’s not that John McPhee was allowed to publish every word he wrote in books and FSG kept him going even though he didn’t make money. It’s that they didn’t pay him anything either — he made his money from the New Yorker.”

It’s easy to look back and say that the relationship between publishers and authors was better when they worked more intimately, said Kachka. “But I don’t think that’s necessarily true, and if it is, it’s because it was a whole different world.”

Farrar, Straus and Giroux lasted for decades in that world as an independent publisher, but in 1994 Straus offered to sell the company to Verlagsgruppe Georg von Holtzbrinck in order to ensure the company’s future. He only did so, though, with assurances for FSG’s continued autonomy.

Noting that indie bookstores have also met with obstacles and changes in recent years but have fiercely maintained their support for great literature, Kachka said, “It means the world to me” that Hothouse was chosen as the number one pick for the August Indie Next list. “Obviously independent booksellers would root for an independent publishing house; there are a lot of affinities there for the way books are sold and produced, and the craft of it. That’s why this is such a perfect and beautiful way to build this book…. Independent bookstores are the ones that get people talking.”

Hothouse: The Art of Survival and the Survival of Art at America’s Most Celebrated Publishing House, Farrar, Straus and Giroux goes on sale in stores or online on August 6.