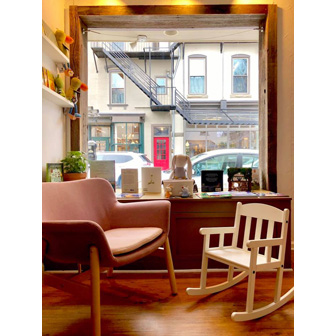 Bravo’s Book Nook is now open in the lobby of the Off-Broadway Player’s Theater in New York City.

Matt Berger and Jenni Marchisotta have purchased Mysterious Galaxy and will move its location to San Diego’s Midway District.

Papercuts J.P. in Jamaica Plain, Massachusetts, plans to move to a larger location next year.

Inkwood Books in East Haddonfield, New Jersey, is set to move to a larger space next year.

Word After Word in Truckee, California, plans to move this spring.

Sandpiper Books in Torrance, California, was awarded Best Bookstore in Best of Torrance 2019. The store is also collecting blankets for the homeless in the community.

Volumes Bookstore in Chicago was featured in an article called “Are bookstores back?”

WGN Radio reported that Anderson’s Bookshop in Illinois “has found success as a local, independent bookstore and pillar of the community.”

Booksellers at McNally Jackson in New York City have voted to unionize.

Gibson’s Bookstore in Concord, New Hampshire, was featured in an article called “For your gift list: Books with a New Hampshire accent.”

People’s Books & Culture in Philadelphia, Pennsylvania, was featured in an article called “Get books delivered by bike to your door.”

Alabama’s Page and Palette and The Haunted Book Shop offered up some bookish gift ideas.

Green Apple Books in San Francisco, California, was featured in an article called “Our World in Brief.”