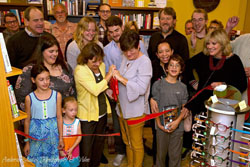 The ribbon-cutting at 2 Dandelions Bookshop

Thank You Books in Birmingham, Alabama, is set to open this month in Crestwood Village.

Excelsior Bay Books in Excelsior, Minnesota, is under new ownership.

Joseph-Beth Booksellers will host the grand reopening of its Lexington Green location on October 17.

The Bookman in Grand Haven, Michigan, is celebrating 45 years of business.

Darryl Peck of Righton Bookshop on St. Simons Island, Georgia, was interviewed by The Brunswick News.

The Neverending Bookshop in Edmonds, Washington, was featured in an article called “Perrinville bookshop focuses on building community of readers.”

NeverMore Books in Beaufort, North Carolina, was the subject of the article “Hurricane prep broke a Beaufort bookshop’s window. Luckily, the owner had a spooky solution.” 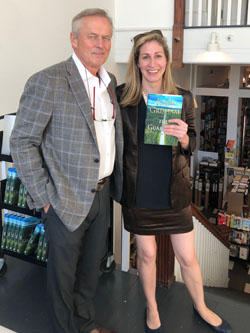 Clancey D’Isa has been promoted to marketing director for the Seminary Co-op Bookstore and 57th Street Books.