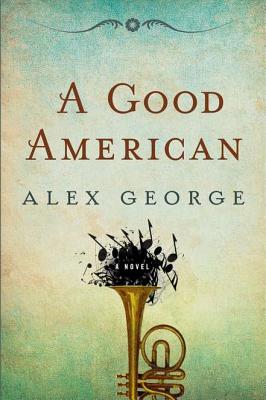 The owners of Rainy Day Books love Alex George’s new novel, A Good American (Amy Einhorn Books/Putnam), so much that they’ve issued a handselling challenge to ABA member stores. The Fairway, Kansas, indie will award a scholarship to Winter Institute 8, to be held in 2013 in Kansas City, Missouri, to the bookstore that sells the most copies of A Good American between now and next fall.

Vivien Jennings was having dinner with fellow booksellers at Wi7 in New Orleans when she first proposed A Good American Challenge. Her dinner companions were comparing notes on their spring title picks, and A Good American was on everyone’s list, she said. Jennings then issued the challenge: “Let’s get behind this book and see what we all can do.”

As the co-owner of the Wi8 host bookstore, Jennings decided to sponsor a scholarship for the competition. A Good American is especially appropriate for the challenge as the novel has ties to New Orleans and Missouri and is the number one Indie Next List pick for February. “All of the elements just came together,” said Jennings.

Beyond being a good choice for the competition, it’s also an ideal handsell, she said. “This is a great book, and it has really good elements to it: music, the immigrant experience in America, the Civil Rights era. The characters are very interesting, and the overall message is positive. Customers will come back and say, ‘I love this! Thanks for selling it to me.’ We think it will create good revenue for stores that might not have been aware of this book.”

Jennings traces the tradition of the handselling challenge to PGW rep John Mesjak, who ran a contest to see who could sell 100 copies of several preselected titles. “It was fun,” she said. “We decided to do the same thing with Matterhorn. We said to other bookstores, ‘We think we can sell 500 copies. What can you do?’ We loved that book, so we all got behind it.”

Rainy Day has also set (and met) similar challenges with other titles, including The Night Circus by Erin Morgenstern (Doubleday) and Wingshooters by Nina Revoyr (Akashic Books). “We set these goals and it was fun for us, and we wanted to really support these books that we thought were quite extraordinary.”

Only ABA member bookstores are eligible to win A Good American Challenge. The winning bookstore can select who attends on their behalf, or the store could give the scholarship to the staff member who sells the most copies. Sales will be verified by Penguin before the winner is announced, and the competition will run until shortly before the publisher-sponsored Wi8 scholarships are announced. The scholarship covers the Wi8 meal fee, airfare, and hotel.

Jennings hopes the scholarship might become a regular event for future Winter Institutes. “The host bookstore might want to make the scholarship a tradition,” she said. “It would be fun.”