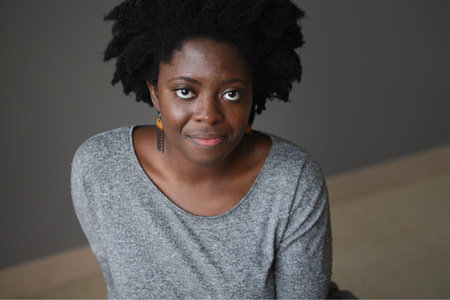 “The story is beautifully rendered, with characters whose sufferings and triumphs you share,” said Giddings. “At the same time, you are given insight into the history of the slave trade, in which the Fante and Asante nations engaged with British colonists, creating unimaginable conditions for the natives being sold. Generations later, we see the impact on the lives of individual characters. A stunning debut! Not to be missed!”

Gyasi was born in Ghana and raised in Huntsville, Alabama. She holds a bachelor’s in English from Stanford University and a master of fine arts from the Iowa Writers’ Workshop, where she was a Dean’s Graduate Research Fellow. She lives in Berkeley, California. 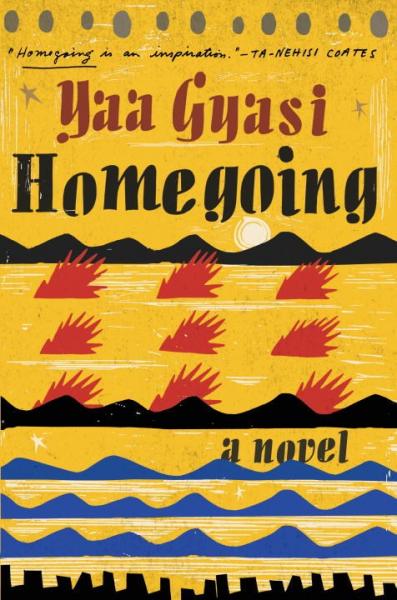 Sarajane Giddings: Even before Homegoing was published, it attracted a great deal of interest from the publishing world. How are you faring with all the attention now that your novel has been received to such acclaim?

Yaa Gyasi: The attention has certainly been overwhelming. If you had told me when I was 20 years old and just starting to write this novel that this was going to happen, I wouldn’t have believed you. Like so many writers, I was working in the dark, unsure of whether or not my first book would ever see light. The fact that the light has been so bright is something for which I’ll be forever grateful.

SG: Your extraordinary debut starts in the 18th century and covers a time span of almost 300 years. At what point did you decide to make it such an expansive novel and how difficult was it to do the necessary research?

YG: When I started writing Homegoing, I thought it would take place in present-day America and flash back to 18th-century Ghana. I imagined a more traditional structure, fewer characters, fewer time periods. As I continued working, I realized that my idea was growing and that the structure of the novel would need to change in order to accommodate that growth. I had probably been working on the book for three years before I decided to scrap what I had and write something that was more expansive, but it was hard to give myself the permission I needed to write a bigger, messier book.

As for the research, it didn’t feel difficult at the time. I wrote the book chronologically, and before each chapter I would take a pause and research the time period that I was about to write about. I tried to limit my research, doing only enough to make me feel as if I had entered the world. I was wary of writing the kind of book that just feels stiff with research, so I took my time and tried to keep the historical points in the novel as backgrounded as possible. I wanted this book to be about the characters.

SG: At what age did you start to write and when did you know you wanted to be a novelist? How did you choose the subject for your debut novel?

YG: I’ve wanted to be a writer since I was a small child. I was a voracious reader and I think writing really grew out of that love for reading. My first short story was titled “Just Me and My Dog” and I wrote it for the Reading Rainbow Young Writers and Illustrators competition. I was seven. When I got my certificate back, it was signed by my then-hero Lavar Burton, and I was hooked.

SG: Homegoing is about family lineage, so the inclusion of a family tree at the start of the novel was very helpful. Had you planned out the generations before you began to write Homegoing, or did they develop as the story unfolded?

YG: I always knew the first two characters and the last two characters, but the ones in the middle were less clear to me. After I wrote the first two chapters, I made a family tree that I put up on the wall above my desk. My tree looked much like the one at the front of the novel today, but it also listed dates and important historical points. I wrote the novel chronologically, based off the points on the family tree, and just tried to get to know the characters as I approached their chapters.

SG: What is the significance of the title Homegoing as it relates to your characters and yourself?

YG: Traditionally, the term “homegoing” was used to describe slave funerals. The idea was that once a slave died, his spirit could return to the country from which he had been stolen. Many African Americans still use the term for funerals today. It just felt like the perfect title for a book that was taking on diaspora and enslavement and separation and homecomings. The title also always makes me think of my own trip to Ghana in 2009 when I began researching this book and what it meant for me to go home to this place that both was and wasn’t mine. It just fit.

Learn more about the author by following her on Facebook.