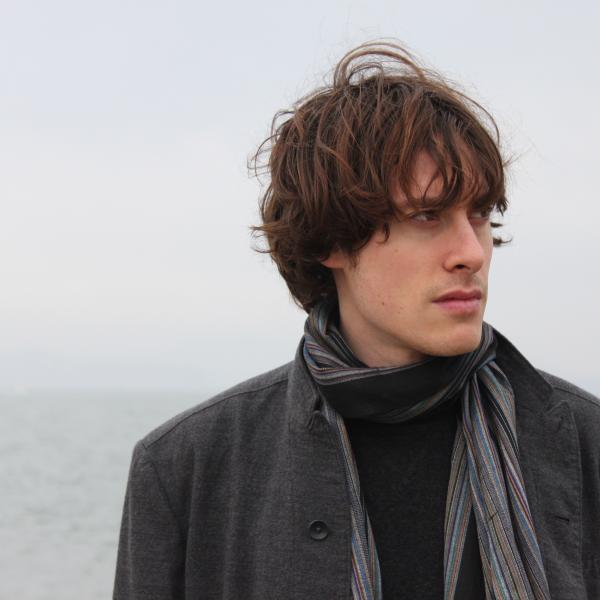 Tommy Wallach is the author of We All Looked Up (Simon & Schuster Books for Young Readers), a Spring 2015 Indies Introduce debut young adult novel and a top-10 pick on the Spring 2015 Kids’ Indie Next List.

Wallach, a musician who lives in Brooklyn, recently released a full-length album in conjunction with the debut of We All Looked Up. His writings have appeared in McSweeney’s, Tin House, and Wired, among other publications.

“This is the story of four teens coping with the news that Earth is on a collision course with an asteroid,” said Sarah Chen of Mysterious Galaxy in San Diego, California. As “a twist on the apocalyptic novel,” said Chen, We All Looked Up is filled with “gorgeous writing that evokes emotion and depth. These are characters that will steal your heart and not let go.” 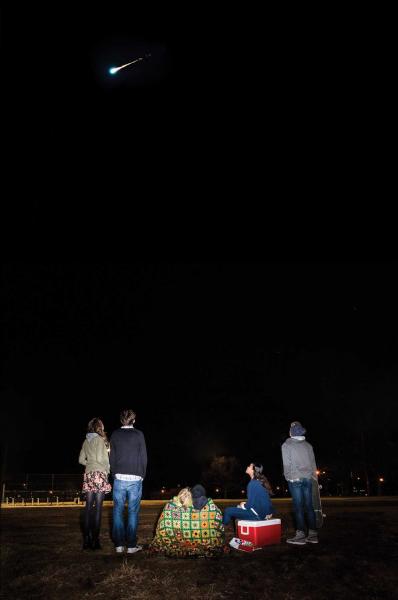 What inspired We All Looked Up?

Tommy Wallach: The most direct inspiration was Lars von Trier’s Melancholia, a very serious (and very adult-themed) movie about an asteroid coming at the Earth. In Trier’s movie, the asteroid is a metaphor for depression, which it definitely is not in We All Looked Up, but even so, Trier’s movie got me interested in the concept of people trying to come to terms with their lives in the face of imminent destruction. I realized early on that the conceit had been explored quite a lot in adult fiction, but almost never in the YA world. Teen life is already so apocalyptic, in that everything feels so big and important and life-changing, I thought it made for a perfect fit with the asteroid, end-of-the-world narrative.

Why did you decide to name the meteor Ardor, which connotes enthusiasm or passion?

TW: Asteroid names from the Jet Propulsion Library are traditionally two letters followed by a string of numbers, so it was a bit of a stretch to use four letters (ARDR), but I wanted something that was thematically relevant without being on the nose. All of the major characters are trying to figure out what their lives should mean in the face of their likely deaths in a few weeks. Anita wants to make music. Eliza begins to take photographs around Seattle. Peter lets go of his athletic success in search of something more. And for Andy, it’s enough simply to start caring about anything. All four of them are seeking out their passions, which is why “ardor” seemed like a good word for the asteroid. Also, I’ll admit to being a die-hard Nabokovian, and Ada or Ardor is one of my favorite of Nabokov’s novels.

Tell us a little about the process of not only writing a YA novel, but an accompanying soundtrack!

TW: I was lucky, in that the writing of the first draft of We All Looked Up was shockingly easy. I came up with the four protagonists and their general character arcs in about 10 minutes, and those never changed. That said, the second half of the book was rewritten more or less from scratch two separate times (once while working with my agent before submitting to publishers, and once with my editor at Simon & Schuster). None of that was easy! As for the soundtrack, I didn’t start working on it until after the book sold, when I knew this thing was really going to happen. I’ve long dreamed of bringing together my music and my writing, and because We All Looked Up has musician characters, I figured this was my opportunity. The album is made up of a bunch of songs that were written specifically for the book, and a bunch I’d already written that I then included as part of the plot of the book. A few songs got left by the wayside, but overall, it went pretty smoothly. The recording process, however, is always a ton of fun but an insane amount of work. Many months (and not a small amount of money) go into creating a serious album with real musicians!

What can we expect from your next novel, Thanks for the Trouble?

TW: Thanks for the Trouble is the story of a boy named Parker Santé. Parker hasn’t spoken a word since he was in a car accident that killed his father a few years earlier. But one morning, in the lobby of a fancy hotel (Parker occasionally goes there to rob unsuspecting tourists), he meets Zelda Toth. In addition to claiming she was born in Germany in 1770, Zelda tells Parker she’s planning to jump off the Golden Gate Bridge sometime in the next few hours. The book takes place over a single weekend, as Zelda, who may or may not be immortal and may or may not be suicidal, quickly but utterly transforms Parker’s life. I see it as a mixture of Let the Right One In (only without any vampires — repeat, there are no vampires in this book), Tuck Everlasting, and the Richard Linklater film Before Sunrise.

If the world was coming to an end — by meteor, nuclear war, zombies, or what have you — what’s the one thing you would most want to do or accomplish?

TW: Only one thing? That’s tough. I guess I’d have to go with: Convince Natalie Portman to fall in love with me, then put a finger over her lips and say, “Shh. Don’t cry. It just wasn’t meant to be. Maybe in another universe.” Then walk away slowly as the world is engulfed in flames.

Thank you for supporting independent bookstores! In your opinion, what makes indies so great?

TW: People outside of the book world may not know what hand-selling is, but it’s when a bookstore employee actively pushes certain books that he or she believes to be great to customers who’ve learned to trust that employee or store’s recommendations. It’s basically the equivalent of an online recommendation algorithm...except it works! Indie bookstores are the beating heart of hand-selling, because all of the work they and their employees do is based on passion for individual writers and books. That’s pretty great.