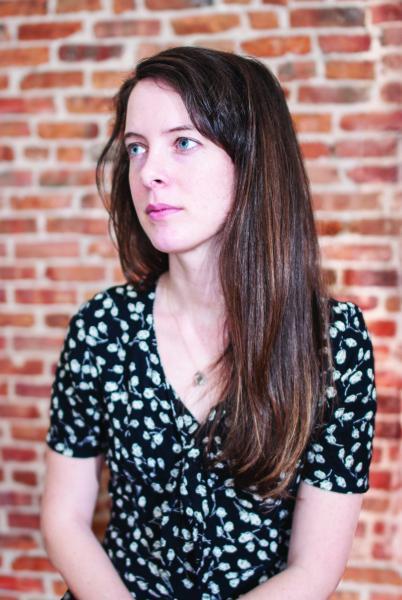 Taking readers into a late-summer heat wave in a small Rust Belt town in Pennsylvania, Relief Map is a “fresh, beautifully written debut novel,” said Linda McLoughlin Figel of {pages: a bookstore} in Manhattan Beach, California. “As the town is quarantined from the outside world by police barricades and its power cut off, its residents are caught up in the manhunt for a fugitive of the Republic of Georgia who’s hiding in their midst. Sixteen-year-old Livy, her parents, and the residents of Lomath consider whether the real threat comes from the fugitive or from within their midst. This summer will change Livy’s world forever.”

Born and raised in Pennsylvania, Knecht is now in New York City, where she is a social worker and a translator of works such as Cesar Aira’s The Seamstress and the Wind. 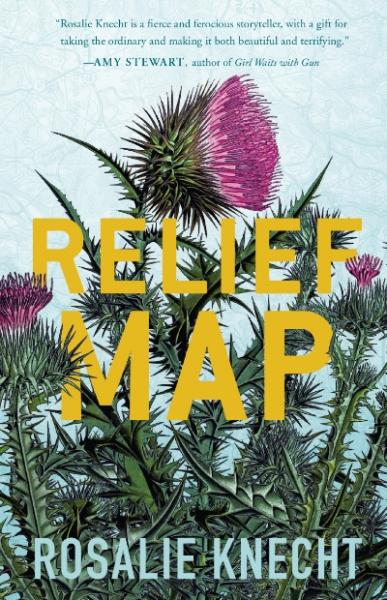 While the growing isolation and the urban decay of the Rust-Belt town of Lomath create a dystopian setting, Relief Map instead focuses on the very real post-9/11 paranoia and fear of living in a terrorist age. What inspired you to write Relief Map?

Rosalie Knecht: I grew up in a small community outside of a larger town, very much like Lomath. Ten or 15 years ago, a weird incident took place that involved two family friends. For the sake of this anecdote, let’s call them Frank and Ahmad. Frank is a lifelong Pennsylvanian. Ahmad fled Iran during the 1979 revolution and settled in Pennsylvania, where he met Frank because they were both working in construction. Frank and Ahmad worked together on and off and knew each other socially for decades. Eventually, Ahmad put enough money away to buy a house back in Iran and marry a woman there, and began dividing his time between Iran and Pennsylvania. His new wife had a baby and Ahmad flew to Iran to be with them. Frank called Ahmad in Iran to ask how the new baby and wife were doing. They exchanged news and congratulations. After the phone call, Frank didn’t get any mail for a month. And when he did get it, it all came at once, and it was all torn and dirty.

I heard this story at a time when Americans were still very much getting used to the new landscape of surveillance post-9/11, contending with a shift in what we expected of institutions and how we thought about safety. And I was really struck by the small scale of this incident. It was such a little thing. How could global events intrude into this completely ordinary, human-scale interaction this way? How could they intrude into mail delivery service for this guy, a friend of my parents who sells antique silverware on eBay?

Through the eyes of teenage Lucy, Relief Map explores questions about the power of authority, the fallibility of adults, and the ambiguity of ethics. How would you describe the evolution of Livy throughout the novel as she deals with issues even adults have difficulty with?

RK: I think Livy is facing the big secret of adulthood, which is that even if you pull the fire alarm, no one is coming. She has a decision to make, and nobody else can make it for her. On a fundamental level, no one is in charge.

Written in five chapters, Relief Map creates an intimate setting for readers that provides an experience more akin to viewing a play than reading a book. How did you develop the format for your novel?

RK: It was very accidental! In fact, it’s sort of lopsided — some of the chapters are much, much longer than others. I broke the chapters where it made sense in terms of tempo and tried not to overthink it. Although, now that I think about it, the standoff lasts five days. Maybe there is some kismet around the number five in the book.

How has your role as a social worker inspired your writing?

RK: Well, it’s made me a little anxious about how much marijuana is consumed in my book. (I’m joking.) (I’m not really joking. I work with teenagers and we’re always trying to get them to stop smoking so much pot. I will be embarrassed if they come across my book.)

What would you like booksellers and readers to take away from your debut?

RK: I hope that they feel a little bit like they now know a particular landscape that I grew up in and loved. I hope they enjoyed it. I hope it felt real to them.

Without giving too much away, can you share with us what you are working on next?

RK: Yes! I’m writing a novel about the Cold War. A woman who works in a radio station in New York in the early 1960s is recruited by the CIA to go to Argentina and set up a surveillance operation, because there are rumors of a coup and they’re worried about Communists.

Learn more about the author at rosalieknecht.com or by following her on Twitter.