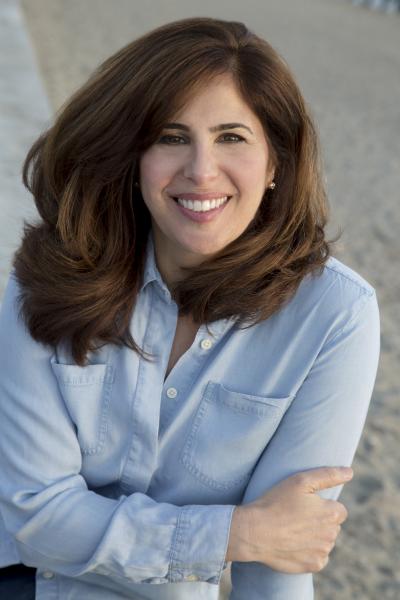 Karen Fortunati is the author of The Weight of Zero (Delacorte Press/Random House), a Summer/Fall 2016 Indies Introduce debut novel for young adults.

“It tore me apart and rebuilt me, in the best possible way. It is by far the best depiction of depression that I’ve read in a very long time. I spent the last half of the book in grateful tears, filled with a deep recognition that gave me hope for life and love for Catherine. I cannot express enough what this book meant to me. Read it. It’ll change you,” said Fitch.

Fortunati is a former attorney who attends graduate school at Trinity College in Hartford, Connecticut, and works part-time as a museum educator. She lives in Connecticut with her family and rescue dogs.

Fitch recently had the opportunity to discuss The Weight of Zero with the author. 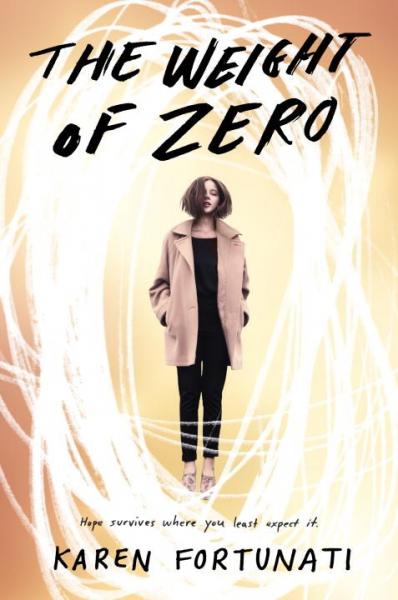 Flannery Fitch: Where did you get the idea for The Weight of Zero? Why did you choose to focus on bipolar disorder rather than clinical depression?

Karen Fortunati: There was no one person or thing or event that inspired this story. I didn’t consciously choose to write about a particular mental illness. Catherine, the main character, just appeared in my head one afternoon during a writing retreat. I knew immediately that she had been diagnosed with bipolar disorder and that she feared life with this condition.

I’ve thought long and hard about why Catherine, why bipolar disorder, and why suicide, and I think she resulted from a blending of many of my life experiences. First, my husband is a child and adolescent psychiatrist and through him, I’ve learned about illnesses and treatments. Second, my life has been touched by suicide: the first by a work colleague and the second by an extended family member. Finally, I’ve witnessed the mental health journeys of family and friends, a few of which included bipolar disorder.

FF: What do you hope The Weight of Zero will do for readers?

KF: The first is to reinforce for a reader struggling with any kind of issue that they are not alone. Help is really out there, even if it takes multiple attempts to find it. In The Weight of Zero, there’s a disconnect between Catherine and her first psychiatrist that becomes even more apparent when she forms a bond with her second psychiatrist. This was my vision from the very beginning and one that my editor embraced — this “failure” of care and the existence of quality treatment that might take some effort to find. I also wanted to underscore the tremendous potential when you form a true partnership with your clinician.

In addition, I’d like readers to gain an understanding of bipolar disorder by presenting an accurate portrayal of what many teenagers experience. It was critical to me that readers also appreciate how the stigma of mental illness — the stereotypes and jokes and even innocent phrases — so tremendously hampers treatment. The more aware we are, the more sensitive and respectful we become. These things have to happen if we are going to make mental health issues as mainstream as physical disorders.

FF: What has been your favorite part of having The Weight of Zero published?

KF: Meeting readers! I’ve done a number of appearances and got to speak to readers who were awaiting the book’s release. It’s been incredibly moving to hear their reasons on why they want to read Catherine’s story and, quite frankly, I’ve been blown away by their honesty.

I wanted this book to make conversations about mental illnesses a little easier and I’ve been floored at the response this story generates. When I speak to readers about this story, many have the same reaction. I give the synopsis, say the words “bipolar disorder,” “depression,” and “anxiety,” and the expression on their face immediately changes. The responses have been immediate: “Oh, my son/sister/daughter has that” or “I struggle with anxiety/depression.” That was how little it took, a 30-second summary, to open the door to an open and honest discussion.

FF: Why did you include a history project in this story and what was its impact on Catherine?

KF: When I set out to write The Weight of Zero, I wanted Catherine to draw inspiration and strength from a historical figure so I used a school project as a way to introduce this character. In my research, I focused initially on the D-Day invasion and by complete luck found an article about the four women buried in the Normandy American Cemetery. Three of these women are from the 6888th Central Postal Directory Battalion, the first all-female, all-African American unit to serve overseas. These soldiers suffered horrible prejudice because they were women, they were black, and serving in a segregated military. And like so many accounts of women in general and during World War II, they remain basically unknown.

In The Weight of Zero, Catherine is inspired by the fictional character of Private Jane Talmadge, who is based on the recollections of members of the Six-Triple-Eight. Talmadge suffers tremendous prejudice — horrific racism and sexism — yet still forges on despite the stigma. Catherine draws on Talmadge’s example for strength to battle the mental health stigma she experiences.

FF: Do you have any plans for future projects?

KF: I’m finishing another serious yet hopeful contemporary young adult novel that looks at a young woman’s experience at the often-dangerous intersection of mental health and law enforcement. Bipolar disorder is at the heart of this story, too, but this time it’s seen through the eyes of a sibling and it examines the secret prejudices we may carry.