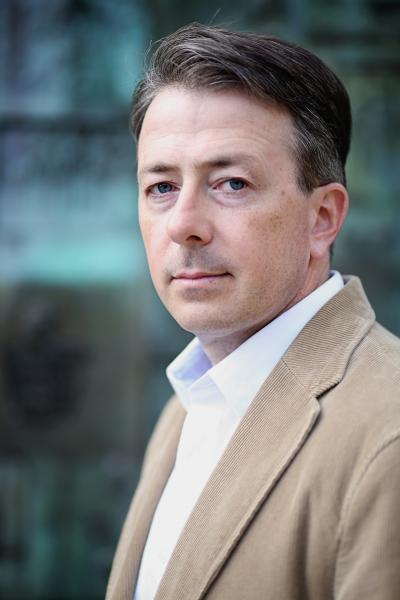 John Renehan is the author of The Valley (Dutton), a Spring 2015 Indies Introduce adult fiction selection and a March 2015 Indie Next List pick. He worked as an attorney for the city and state of New York before serving in the Army’s Third Infantry Division as a field artillery officer in Iraq. He currently lives in Virginia with his wife and children and works as an attorney in Washington D.C.

“The Valley is a powerful, fast-paced page-turner of a war novel,” said Carol Schneck Varner of Schuler Books & Music in Okemos, Michigan. “Lieutenant Black has been chosen to investigate possible misconduct at a remote U.S. Army outpost in Afghanistan. The case appears to be open and shut. But once he arrives at the outpost, it becomes clear that things are very wrong there — and he’ll be lucky to get out alive.” 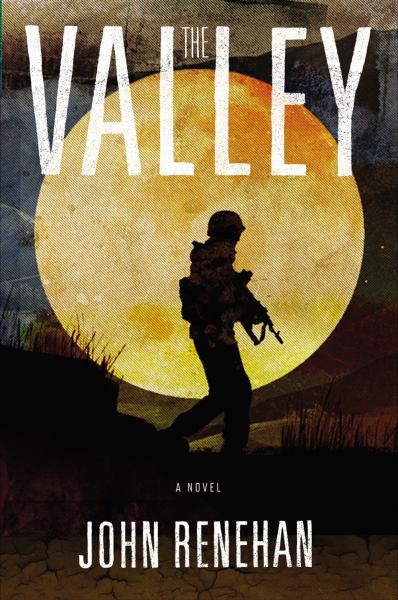 You’ve said that you had not intended to write a war novel, but a crime fiction novel. What inspired The Valley? And has your perception of its genre changed?

John Renehan: The inspiration came accidentally. After we had kids, I wanted some lighter reading and started going through a lot of page-turner mysteries and detective and spy novels. I remember the day I closed the giant book I was reading on the history of the Royal Navy and just gave up and started reading things I wanted to read. I read tons of Dennis Lehane and Michael Connelly and Daniel Silva and John LeCarré. I got the idea to take a detective procedural setup and put it in Afghanistan, and that’s what I thought I was doing at the beginning, as mundane as that sounds. I really focused on making it not feel like a “war book” while you’re reading it. I hadn’t read a war novel in 20 years and I wanted people who didn’t think of themselves as war book readers to feel comfortable in it. But things change while you’re writing them and at the end I had to admit that my editor was right when he said it was something you would call a “war novel.” That’s reflected in the structure, I think. The procedural element is there throughout but starts to give way to other themes.

I think the reason I resisted the war novel label at first was that it just sounds so portentous, so ambitious, as though this is your grand, definitive statement on the war, or, worse, on war itself. No one should set that goal for their first book. Nowadays the war novel label has an inevitably political ring to it, and I have a pretty healthy skepticism of most overtly political art produced by those not named Picasso or Orwell. Adding the political dimension to a creative work (in my opinion) does not automatically improve it; when you do that I think more often than not you unconsciously lower the bar for yourself creatively. The sociopolitical content substitutes for quality.

In the end, I think you just have to write and worry about what to call it later. Seriously, I’d like to teach a seminar sometime where I tell young writers to just give themselves the freedom to do good writing and stop worrying about whether their work is “literature” or whether it will please the right self-selected group of literary gatekeepers or has the right sociopolitical message. The future gets to decide what’s literature, gatekeepers have a built-in conflict of interest, and most political art is bad art anyway, so stop worrying and hone your craft. Write for readers. I’m not talking about embracing the freedom to write pulp, but just focus on writing and characters and storytelling, not on all the other baggage.

Your debut is reminiscent of Kipling’s The Man Who Would Be King and Conrad’s Heart of Darkness (which inspired the film Apocalypse Now). Was either one of these titles an influence? Who do you count among your literary influences?

JR: The Man Who Would Be King became an influence, though this was accidental. I picked the location for my fictional valley off of a topographic map of Afghanistan because it had the right mountainous terrain and I needed it to be located close to the Pakistan border, without it being in the Kunar Province, where the Korangal Valley is located — I didn’t want this valley confused with that one. Once I picked the Nuristan Province, I started reading up on it and discovered how unique it is, and the place it has held in the Western imagination. As for The Man Who Would Be King, mostly it supplied some literary Easter eggs (a name or two, a couple of plot points) and enriched the theme of the unintended consequences of meddling (Westerners in Afghanistan; Lieutenant Black in the platoon’s business).

Hearing people refer to Heart of Darkness/Apocalypse Now was just baffling to me as I’d never read Heart of Darkness and didn’t have Apocalypse Now in mind while I wrote the book. Thinking back, I think it’s safe to say these weren’t unconscious influences either; The Valley (I think) is just so different from Apocalypse Now, with a different feel and different themes. Honestly, beyond the evocative geographic feature at the center of the book, I don’t really see it. If there was an unconscious literary influence, it was Tim O’Brien’s Going After Cacciato, which made me comfortable delving into the surreal, almost fantastical elements of the wartime experience (and Cacciato was more successful with these elements than Apocalypse Now, in my opinion).

Author and Vietnam veteran Tim O’Brien once wrote, “A true war story is never moral. It does not instruct, nor encourage virtue, nor suggest models of proper human behavior, nor restrain men from doing the things they have always done. If a story seems moral, do not believe it.” What are your thoughts on this sentiment?

JR: I’m with O’Brien one hundred percent when he says, Hey, I’m just the storyteller here. I don’t think his quote about true war stories means that there’s no morality in war so you may as well do whatever you want. I think he may mean that when you’re talking about a situation as morally extreme as war you have to take a bit more of a documentarian’s approach and you can’t be too fine about things. Reality doesn’t allow for a clean morality tale. Very few characters in The Valley are clearly virtuous or clearly villainous, and the more you learn about them the harder it gets to tell. The “hero” screws up nearly everything he touches and is undone by his own arrogance, yet he’s still a sympathetic character. Everyone there is bathing in the obscenity of war, and no one gets to be clean. That’s your moral starting point.

Are you working on anything now, writing-wise? Will there be another Lieutenant Black novel?

JR: I’m not done with Black. He will be back and I know where he’s going, but right now I’m working on a story set in Iraq with a (mostly) different cast of characters. I want to be careful with Black’s story and make sure it doesn’t become too episodic  — “The Continuing Adventures of Lieutenant Black” — so it seemed right to take a short break. Also, this Iraq story will help set up the next time we see Black.

Thank you for attending Wi10! When you travel, do you shop at bookstores? Any particular indies make a lasting impression?

JR: Thanks a million for having me. People were so gracious. As a total newbie to the publishing world, it was surreal. When we travel it’s usually to see one or the other set of grandparents. I grew up with The Book Den and Chaucer’s Bookstore in Santa Barbara, California (and the Earthling Bookshop, now departed).