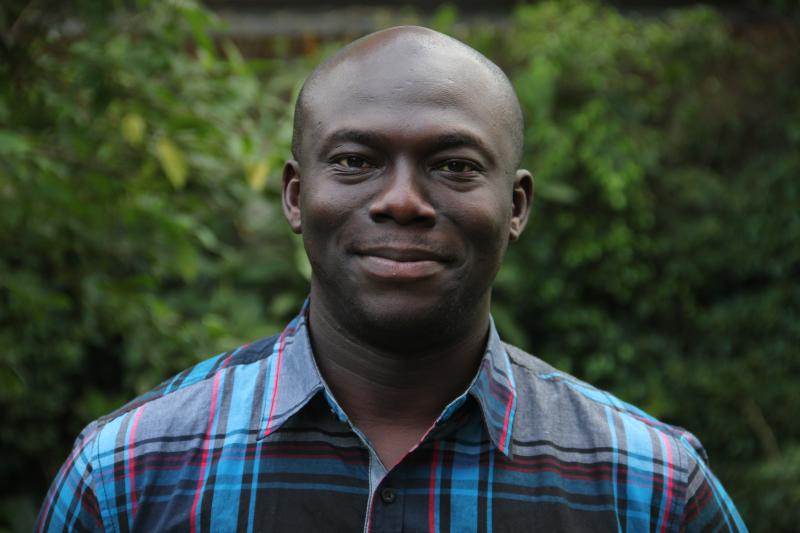 Elnathan John is the author of the Winter/Spring 2016 Indies Introduce debut title Born on a Tuesday (Grove Atlantic/Black Cat), a coming-of-age novel about Dantala, a Muslim boy growing up in remote Nigeria.

“Born on a Tuesday is a powerful and compelling debut novel set in Nigeria during the time of a political uprising,” said Jenny Lyons of The Vermont Book Shop in Middlebury, Vermont. “Honest, frightening, and horrific scenes are laid bare in John’s authentic and compassionate book. For a first novel, this is masterful and a must-read.”

John, a former lawyer, began writing full time in 2012 and was twice selected as a finalist for the Caine Prize for African Writing. He currently writes a satiric column about politics and life for a Nigerian weekly newspaper and has been published in Per Contra, Financial Times, Le Monde Diplomatique, The Chimurenga Chronic, Hazlitt, and The Evergreen Review. He lives in Abuja, Nigeria. 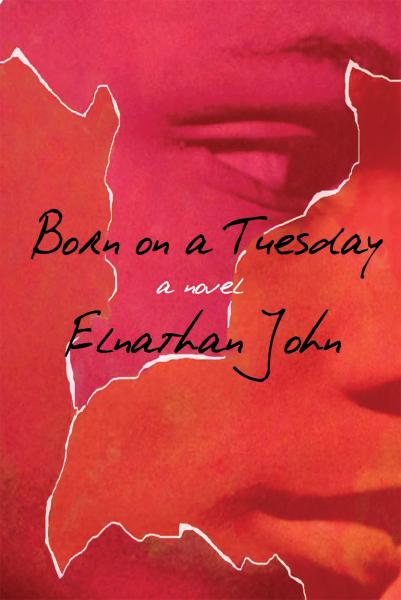 What inspired to you to write Born on a Tuesday?

Elnathan John: Among my many inspirations is a desire to tell Nigerian stories that seem to be absent in the corpus that is Nigerian literature: stories from northern Nigeria often overshadowed by news reports of ethno-religious violence, terrorism, or herder-farmer conflicts. There are so many stories lost in conversations in ghettos cut off from the national narrative by the barrier of language — for example, stories are being told in the language of Hausa that never make it into the mainstream Nigerian conversation, which is in English.

In the novel is an epigraph by the poet Rumi, titled “A Star Without a Name.” What is the significance of that selection, as well as of the name of your main character, Dantala?

EJ: Rumi’s “A Star Without a Name” quite aptly summarized my novel in its mention of stars “moving across the night sky with anonymous lights.” This is the story of Dantala, who worked his “way to wisdom, with no personal covering,” with nothing to shield him from his mistakes, often with no one to shield him from the violence and eventualities of his world. Dantala, as well as most of the over nine million almajiri (itinerant Quranic students) in northern Nigeria are often anonymous, unacknowledged by Nigerian society, and easy prey for politicians and predators.

Dantala (which means a male born on a Tuesday) is a common Hausa name in northern Nigeria, as are all the other names corresponding to the other days of the week. My main character develops from being called the common Dantala to a more meaningful “Ahmed,” the name of the foremost prophet of Islam. The change in name signals an important moment in “work[ing his] way to wisdom,” shedding off the ordinariness associated with his name and station in life and adopting a new physical and spiritual home that gives him purpose, direction, and status.

Prior to the publication of Born on a Tuesday, much of your readership was in your home of Nigeria. How important is it for you to share your writing with a global audience?

EJ: With the Internet and international media, the local is now global. And every global story is first and foremost a local story. We consume stories from all around the world and it is important that, as a Nigerian, I add to these global stories, stories that are as complex, multi-layered, and important as others. It is important for me to be a producer on the global stage, where the stories about Nigeria are often one-dimensional or not nuanced enough.

On your website, you include an article link labeled “When the Daily Mail talked about my satire and made me famous,” referring to a tweet you made about the United States’ reaction to the Ebola virus. As a satirist, what was your intention behind the original tweet? Was the global attention you received surprising?

EJ: I was commenting on the double standards in the media and global discourse, especially with things like epidemics or even violence. When there is an epidemic in Africa, whole regions and countries are reduced by journalists into disease-ravaged places where there is nothing but contagion. But following the measles outbreak, no one would call the U.S. a measles-ravaged country. I did anticipate some conversation, but nowhere near the global attention the tweet received, being retweeted over 30,000 times.

What do you hope booksellers and readers take away from your debut novel?

EJ: I hope people find new ways of seeing this part of the world and understand that things are never simple, never one-dimensional. I hope they see that characters, even those in places experiencing extremist violence, can lead meaningful, complex lives beyond the stereotypes that exist in the media. I hope that people take an interest in far-flung places like northern Nigeria, beyond mere curiosity in the exotic.