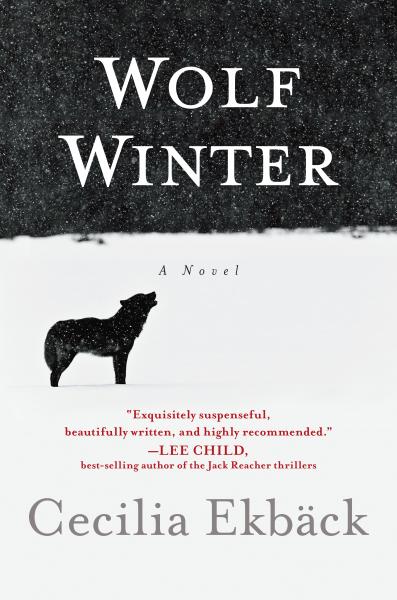 Ekbäck was born in a small town in Sweden and has travelled over the world — to Russia, Germany, France, Portugal, and the Middle East — while working for a multinational. In 2010, she earned her master’s degree in creative writing from Royal Holloway, University of London. She now lives in Canada with her husband and twin daughters.

“Maija, her husband, Paavo, and their daughters, Frederika and Dorotea, leave Finland to settle in Lapland in the beautiful area near Blackåsen Mountain. One day, Frederika discovers the body of one of the villagers. The harsh ‘wolf winter’ brings the settlers together to survive, but what tragedies, secrets, customs, and vengeance are they hiding? Ekbäck’s intriguing tale of Sweden’s Lapland in 1717 gives insight into the land and people of the far north and is hard to let go,” said Barbara Theroux of Fact & Fiction in Missoula, Montana.

What sparked your interest in the history of Lapland? Was there anything about the 18th century in particular that you connected with? 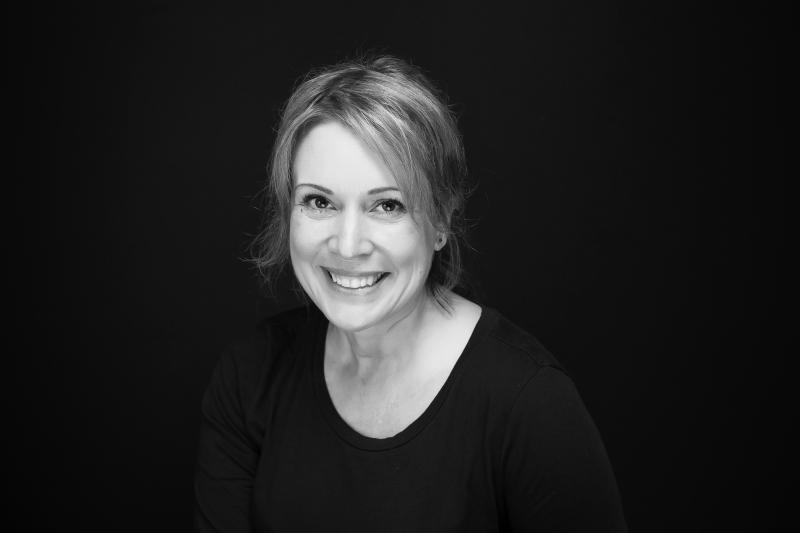 Cecilia Ekbäck: My parents come from Lapland. Before my father died, I interviewed him about his life. When he died, I continued speaking with my grandmother, her sister, their friends, my mother... Wolf Winter came out of those conversations.

I don’t see this as a historical novel. I wrote the book four times. The first time it was set in 2005 and was a family saga. Then it was set in 1930, and then in 1865. Each time I kept feeling, “but this is not when it starts.” Finally the book found its true home in 1717, for two reasons: one was that I felt it was around this time that the settlers would have arrived to Lapland. Secondly, in 1717, Sweden found itself on the cusp of massive change. Its position as a great power, which began in the early 17th century and had bestowed on Sweden control over much of the Baltic region, was looking increasingly uncertain. There were demands for the end of the autocratic kingship, and the power of various social classes was changing. As I am interested in the impact of “place” on people — place in the largest sense of the word — this was a perfect background to the story.

The questionable treatment of women during this time is highlighted throughout the novel. Was this intentional or is this a byproduct of the time and characters you were writing about?

CE: This was a byproduct of the time and the characters, but the choice of a woman for the protagonist was not. I think we need to write women back into history.

Is “wolf winter” a real expression? How did weather and scenery help you to tell the story of Maija and her daughters?

CE: The expression “wolf winter” — in Swedish, “vargavinter” — refers to an unusually bitter and long winter, but it is also used to describe the darkest of times in a human being’s life — the kind of period that imprints on you that you are mortal and, at the end of the day, always alone. My father was my best friend. The period preceding and just after his death was my wolf winter.

My grandmother used to say, “I don’t think I’m living in Lapland as much as Lapland is living in me.” And growing up in northern Sweden, its setting has made its mark. The long winters, the six months of darkness, and the seemingly endless forest landscape are contrasted with the summer midnight sun, the hot weather, and the absolute explosion of flora and fauna — one season is lived as quietly as the other is exuberantly. This, our setting, governs, to a large part, the rhythm of our lives and imprints itself on our psyches.

In this book, I wanted “place” — the mountain — to be almost a character in its own right. It felt right to give it a voice in the interludes. Blackåsen Mountain watches the settlers. It doesn’t care. It is dispassionate. It has already seen many of them come and go and it will see many more come and go after them. I brought this “place” down onto the characters and let it impact them to the fullest.

Your previous profession allowed you to travel all over the world. What was your favorite place to visit? How about as a reader?

CE: I have to say Paris — both as a person and as a reader. Perhaps it is my memories of being young there; perhaps it is the “joie de vivre” that I still feel Paris has. I just love going there, walking the streets, sitting in cafés, seeing the people. It inspires me.

CE: Yes, I am working on a very loose sequel to Wolf Winter. It is set 130 years later: different people, different dilemma, same curse. I am not quite done with Blackåsen Mountain yet.

What book has had the greatest impact on you? How did it affect you and how did you discover it?

CE: I’d have to say the Bible! I was raised in the Pentecostal faith and reading the Bible was a part of my life from a very young age. Me, I was an Old Testament reader — the stories, the violence, the moral dilemmas! I think this is partly why I have grown to love thrillers and crime writing so much. Though few beat the Bible.