Bookseller’s Debut Memoir Is a Story of Loss, Struggle, and Acceptance

Melissa Cistaro, the events coordinator at Book Passage in San Francisco, California, is the author of Pieces of My Mother (Sourcebooks), a May Indie Next List pick. 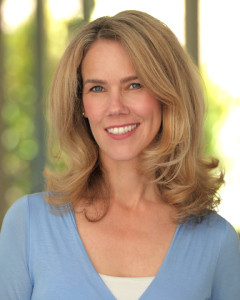 In her debut memoir, which published this week, Cistaro details how her mother abandoned her and her brothers as young children, the ways this betrayal affected her ideas about motherhood and her own emotional development, and how she came to grips with her mother’s fateful choice many years later through the discovery of an unsent cache of letters.

Cistaro relays her story in starkly beautiful, emotionally dense prose; her tale is told from her perspective both as a young child through teenager-hood, and as an adult, as she watches her mother die from alcoholism-related cirrhosis and liver cancer.

Pieces of My Mother was, in part, inspired by a very specific fear, Cistaro said. As a new parent, she was terrified of what she thought of as a “leaving gene” that lay dormant within her. Leaving seemed to present on both sides of her family: not only did her restless, unhappy mother physically walk out the door and leave her husband and children, but her maternal grandmother emotionally tuned out from family life and into a battle with alcoholism, and her paternal grandmother’s mother dropped her off at a convent to be raised by the nuns.

Twelve years ago, when her second child was four, Cistaro started working out her complicated feelings about her mother through writing.

“When I became a parent I was confronted by this very complicated piece of my past. I needed to make sense of how my mother left and how any mother could walk away from their children,” she said. “For me, it felt like I didn’t really have a choice about whether to write this book. It was something that just really would not let me go.”

The book that became Pieces of My Mother actually began as fiction, Cistaro said; she initially had no intention of putting her life on the page for the entire world to see and gave all her characters made-up names. But eventually, Cistaro, an experienced writer whose previous works had been published in literary journals and anthologies, realized she actually did want to tell her story. 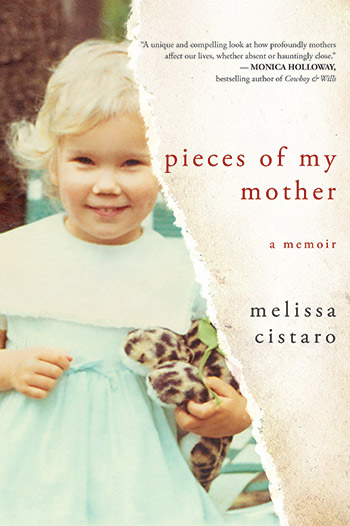 Pieces of My Mother traces Cistaro’s journey in two alternating sections: “Then,” scenes and impressions related through the eyes of the young Melissa, and “Now,” which is set in 2007 as she visits her dying mother at her home in Washington State. It is there that Cistaro opens a musty drawer and finds a trove of unsent letters addressed to family and friends.

Ultimately, this discovery — that her mother clearly loved her children and had been eaten up with regret by her decision, but was deeply unhappy and struggled to find peace all her life — forces Cistaro to empathize with her mother as a flawed, complicated, but fascinating and wonderful human being. This leads to a kind of closure and forgiveness, as does another small miracle: a few weeks after her mother dies, Cistaro finds out she is pregnant with her third child.

“I feel like I really got to a place of forgiveness and compassion for my mother, and a lot of that came through the process of writing and trying to understand the story, and also, through having these letters that she left behind,” she said. “I felt like I was able to understand her for the woman she was as opposed to maybe the mother I hoped she was.

“To me, her letters are just such a gift, and while I wish she had been able to send them during her lifetime, I feel so fortunate to have access to her words. Especially now if I’m missing her or thinking about her, I really have tangible proof of her vibrant, smart, creative, free-spirited self. Part of that process came through having those letters as well as my own writing and sharing that.”

Cistaro came to understand that she was more like her mother than she had ever realized, but in a positive, profound way: both had a gift for words and a calling to write. In one of Pieces of My Mother’s final chapters, Cistaro writes, “Like my mom, I write to understand myself and lure the voice inside me out of hiding.”

Cistaro said she doesn’t believe she could have published the book any earlier than now, when she has finally grasped all the “pieces” and could write the story from a place of forgiveness and understanding. And the process has paid off: recently, when her agent called to tell her she had made the Indie Next List, Cistaro ducked out of a store where she was shopping and “pretty much jumped up and down,” she said.

“I was really, really happy about that, especially because the Indie Next List is something that I as a bookseller really value and pay attention to. I know how important that list is; we always do a big display of the Indie Next List picks on the table in the front of the store. So it really means a lot to me.”

With her bookstore experience, Cistaro said, “I came into this whole experience with very, very humble expectations. I know how hard it is, one, to get a book out in the world and, two, for it to survive. So there are so many great, wonderful things that have been happening, and Sourcebooks has been an incredible supporter of the book. I feel so fortunate right now.”