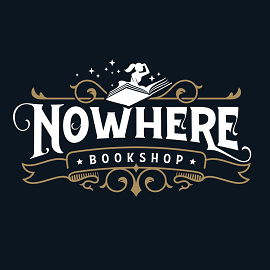 Jenny Lawson, the author of books such as Let’s Pretend This Never Happened: A Mostly True Memoir (Berkley) and Furiously Happy: A Funny Book About Horrible Things (Flatiron) and who is also known as The Bloggess, is planning to open Nowhere Bookshop in San Antonio, Texas, later this year with her husband, Victor Lawson. The soft opening is tentatively set for December.

While Nowhere will be Lawson’s first foray into the world of bookselling, she told Bookselling This Week, it has always been a world she’s loved because, for her, bookstores are “a sanctuary.” Said Lawson, “They are to me what I think churches are to religious people.”

Bookstores are her safe place wherever she goes, Lawson said, “and I thought, wouldn’t it be lovely for me to have one that I can make my own? I can bring in lovely friends who are authors, and I can work with people in the community and do something that I love that hopefully works with my anxiety, which keeps me from doing a lot of normal things.”

On naming the store Nowhere Bookshop, Lawson shared that she chose the name for two main reasons. First, she said, whenever she was out and her husband would call and ask where she was, she would always reply “nowhere” when she was “really in a bookstore spending a lot of money.”

“So that was one [reason],” Lawson said, “so that people could honestly say ‘nowhere’ and not have to deal with the repercussions.”

Second, she told BTW, she loves the idea of getting lost in another world through a book, whether that world is the author’s mind or a place that might not even exist. “There are all of these amazing, wonderful places that I have visited in my life that technically don’t exist anywhere,” she said. “They’re kind of nowhere, but they’re also kind of home.”

Lawson’s goal for Nowhere is for it to become a community and event-driven space that will feature a robust program of readings and workshops. Primarily, she said, the store will be a space for people to come in and have discussions. And while the store will have a bar and serve as a place for people to meet in-person, Lawson said that she also plans to host livestreamed events so people outside of the San Antonio area can participate, too.

As she prepares for the store’s opening, Lawson noted that the bookselling community has been incredibly welcoming.

“I go all over doing book readings, Q&As, and signings, and every time that I do it, it is always absolutely terrifying.” Lawson said. “And then I show up and it’s amazing and the people are wonderful and you realize that you have this fantastic community around you. So for me, personally, I love the idea of bringing that fantastic community to a meeting place on a more regular basis, and letting other authors have that experience, and finding new and diverse writers.”

Nowhere’s general manager will be Elizabeth Jordan, who most recently served as CEO of BookPeople in Austin, Texas, and has 17 years of experience in the industry; she also grew up in San Antonio. When she heard that Lawson was interested in opening up a store there, she told BTW that she decided to reach out.

“I reached out to offer my help in that way that booksellers do — it really is the friendliest industry,” said Jordan. “As we kept talking, I realized that I wanted to do more than just help out. That I wanted to be actually involved in growing this new store for my hometown. It wasn’t an easy decision but I’m so glad I made it.”

“I’m excited to help build something from scratch — the store, an author events program, the coffee, wine, and beer bar — and to do it in a city that I love,” Jordan added. “I’m excited to develop a team of booksellers that are as enthusiastic for this line of work as I am.”

And, in creating Nowhere, Lawson is looking forward to creating a sanctuary of her own. “For the most part, I love the idea that I’ll be able to leave my house even when I’m having really bad anxiety and agoraphobia, because there’s something wonderful about the quietness of the bookstore,” she said. “Even when it’s bustling, it still has these little corners...I love the idea of making a place like that, someplace sort of magical and whimsical and strange and artistic.”

“I have so many great people who have reached out, authors and artists and publishers and people who [want to help],” Lawson added. “It’s kind of amazing. It’s like building a bookstore with all your imaginary friends and it turns out they’re not imaginary after all.”