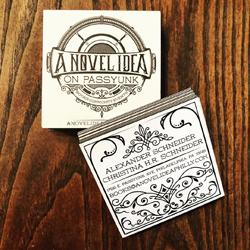 A Novel Idea is scheduled to open in East Passyunk, Philadelphia, in January 2019. The community-oriented bookstore has launched a GoFundMe to raise money for construction, new books, and merchandise.

Southern Fried Books, a pop-up store and subsidiary of publisher Southern Fried Karma, will open in Newnan, Georgia, a suburb of Atlanta, in time for the holiday shopping season.

Fundamentals: Children’s Books, Toys, & Games in Delaware, Ohio, is being sold to Jody and Michael Everett.

Amherst Books in Amherst, Massachusetts, is celebrating 15 years in business. On November 9, the store will hold a party at which it will unveil a new logo.

Business NH Magazine featured Manchester, New Hampshire’s The Bookery, which opened in May.

WTVD did a “shop local spotlight” on Read With Me children’s bookstore in Raleigh, North Carolina.

A number of ABA member stores were included in Hoodline’s list of America’s 50 Best Bookstores. 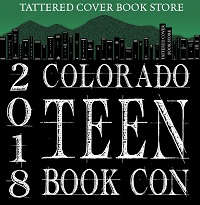 Tattered Cover in Denver, Colorado, will host the third annual Colorado Teen Book Con on Saturday, November 3. Featured guests include Jason Reynolds and Laini Taylor. The store will be kicking off the event with a special party for adult fans of YA on Friday, November 2.