The stores will join the new Legacy Business Registry, which recognizes longstanding community businesses as valuable cultural assets by offering grants to offset the challenges of San Francisco’s commercial real estate market. The Legacy Business Historic Preservation Fund, which was established by voters last fall with the approval of Proposition J, offers Legacy Businesses an annual grant of $500 per full-time employee and provides a grant of $4.50 per square foot to property owners if they extend leases for Legacy Business tenants.

Rising rents in San Francisco are forcing out longtime businesses, like historic bars, restaurants, and retailers, said Pete Mulvihill, who co-owns Green Apple with Kevin Hunsanger and Kevin Ryan. “Small businesses that have been around for 50, 75, or 100 years are closing because of rent and lease pressures.” 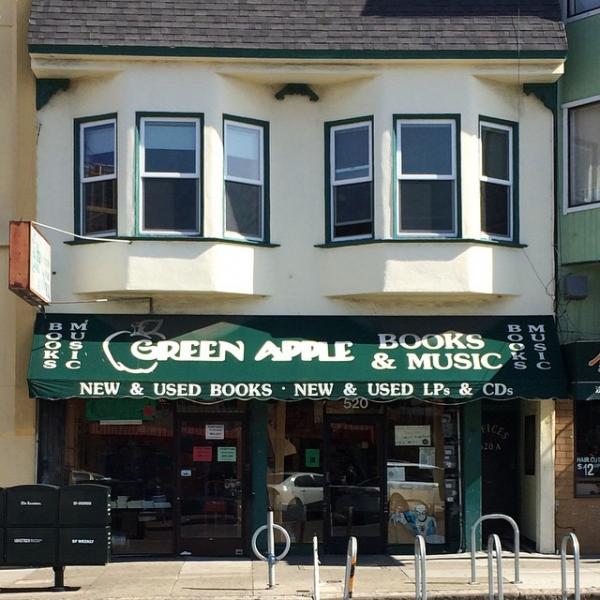 Green Apple’s Clement Street location, which opened in 1967, meets the Legacy Business eligibility requirement of having operated in the city for 30 or more years (Green Apple on the Park, a second location, opened in 2014). Additionally, businesses must make a significant contribution to a neighborhood or community’s history or identity and show a commitment to maintaining the traditions that define the business in the future.

Businesses can be nominated for Legacy Business status through a letter sent to the Office of Small Business by the mayor of San Francisco or a member of the San Francisco board of supervisors. Green Apple Books, after being nominated by its district supervisor, filled out an application, submitted photos and ephemera to show the store’s longevity and value to the neighborhood, and gave a three-minute presentation.

Now that the store has Legacy Business status, Green Apple’s landlord is eligible to receive the grant of $4.50 per square foot of the store’s space, though the grant is capped at 5,000 square feet and the store is 8,000. “Hypothetically, [the grant] could actually lower our rent, freeze it, or keep it from going up more,” said Mulvihill.

The grant of $500 per full-time-equivalent employee also adds up, said Mulvihill, especially considering San Francisco’s increasing minimum wage, which will reach $15 per hour in 2018.

Legacy Businesses may also benefit from creative marketing campaigns in the future, such as a Legacy Business guide, which could get tourists interested in visiting these locations, or they could have a star placed on the sidewalk in front of their stores. “There are marketing opportunities down the road that we hope the Small Business Commission will take advantage of,” Mulvihill added. 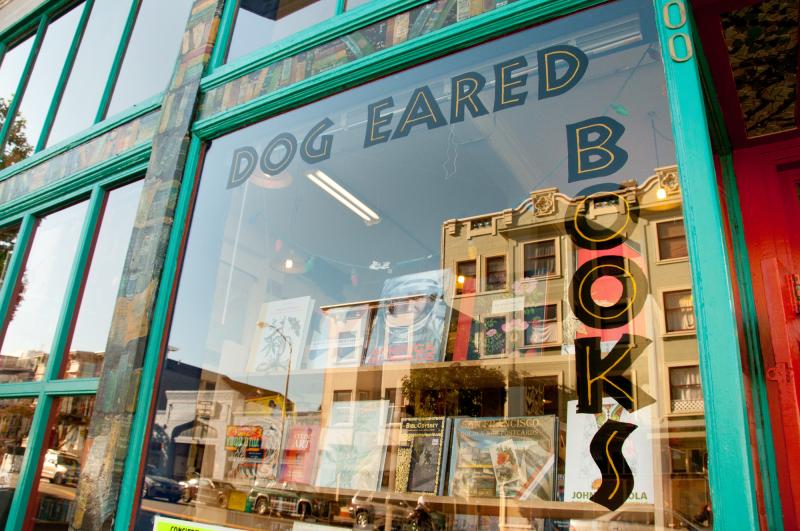 Though Dog Eared Books’ Valencia Street location is just 24 years old, owner Kate Rosenberger successfully made the case to the Small Business Commission that the store has contributed significantly to its neighborhood and runs the risk of being displaced due to rising rents. The store, which was also nominated by its district supervisor, opened a second location in the Castro neighborhood this summer.

“There are plenty of businesses between 20 and 30 years old that are in fear of displacement and would benefit from help from the city of San Francisco,” said Rosenberger. “Because everybody’s lost so many bookstores, it wasn’t a terribly hard case to make about our cultural relevance.”

Dog Eared Books’ building recently sold for millions and that has hiked the rent for its available retail units, Rosenberger said, adding, “It’s just a really crazy speculative market right now, driven by tech, that’s making it hard to exist. We’ll see what the future holds.” But for now, she said, the store is happy and healthy and she’s eager to learn more about the grants the store is eligible to receive. 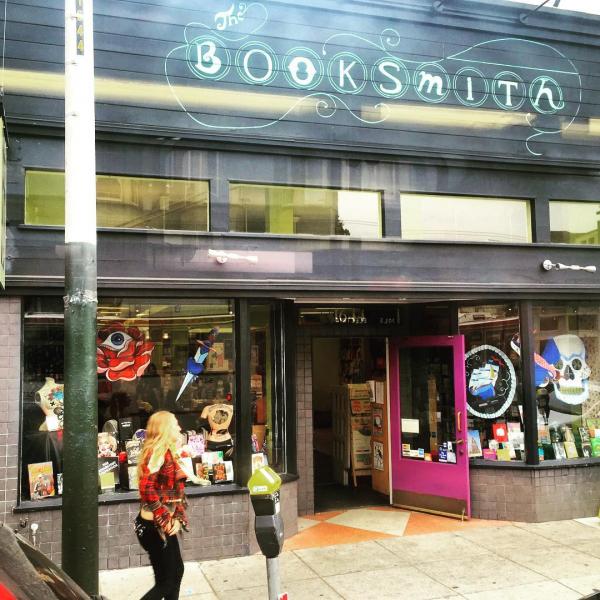 The Booksmith celebrated its 40th anniversary this summer, and among the attendees at the celebration was San Francisco’s District 5 supervisor, London Breed, who surprised the store by announcing she would be nominating it for Legacy Business status.

From there, the application process was smooth, said store co-owner Christin Evans. “We are, fortunately, in a position where we are not in danger of being imminently displaced. The Booksmith was founded by Gary Frank, and Gary is our current landlord,” she explained. “What [the benefits of Legacy Business status] might mean for us down the line is not totally clear yet, but certainly if there is a need it’s nice to know it’s there as additional assistance.”

The current real estate situation in the city is tough, said Evans. “We have seen a number of long-term businesses displaced or that have had to shut down. This is how the city is trying to cope with the rapid changes that are taking place right now.”

San Francisco, she added, is a very neighborhood-minded city, so programs that support longtime businesses are critical. “The businesses that have been in these neighborhoods help to define them. These are the places where people come to gather when there are challenges in the community, so it’s important to have those spaces.”

The three bookstores were among five Legacy Businesses added to the registry in October, following an initial nine in August; the program is capped at 300 nominations per July 1–June 30 year.

The Legacy Business program is just one of San Francisco’s campaigns aimed at keeping locally owned businesses healthy and in San Francisco. Last year, the city launched the SF Biz Connect initiative to encourage larger businesses to transfer at least five percent of their spending to local businesses; it also sponsors the local Shop & Dine in the 49 campaign, which promotes patronizing businesses located within San Francisco’s 49 square miles.

For more information on the impact of rising rents on independent businesses, see the Institute for Local Self-Reliance’s April report “How Rising Commercial Rents Are Threatening Independent Businesses, and What Cities Are Doing About It”  and read BTW’s stories about the examples of localism at work cited by ILSR’s Stacey Mitchell during her BookExpo America 2016 keynote, including Minneapolis’ NorthEast Investment Cooperative and the Phoenix Adaptive Reuse Program.

A recent article from Curbed also looks at how various cities, including San Francisco, are coming up with ways to support small businesses.