Spellbound Children’s Bookshop has just completed its move to a new location in Asheville, North Carolina, and owner Leslie Hawkins said the store is settling in for good. 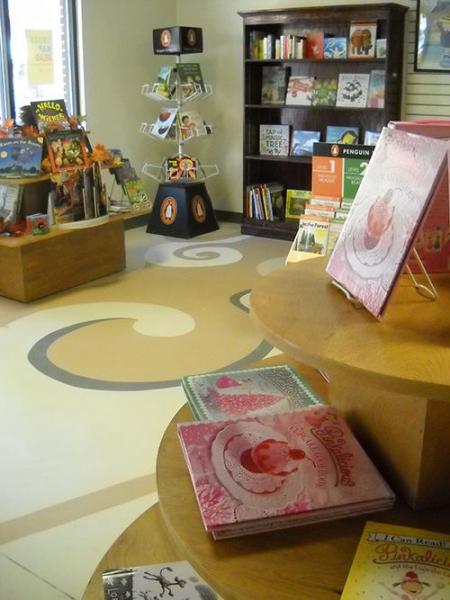 Hawkins has been heartened to see many familiar faces in the new space, as the store is now in its fourth location in nine years, something Hawkins did not plan on when she opened Spellbound. “You just kind of have to roll with the punches,” she said. “I never dreamed we would move so much in such a short amount of time.”

Spellbound opened in 2004 in a mixed residential and commercial Asheville neighborhood. The store was off to a good start and grew steadily during its years there. As the recession drew near, however, Hawkins realized she needed to move the business in order to keep it afloat.

“Spending dried up,” said Hawkins. Where she once saw customers coming in to buy stacks of hardcover books on a regular basis, Hawkins found them heading to the used books section, buying fewer products and less often, or asking when books would be out in paperback. “It felt like everything constricted,” she said.

In 2008, Hawkins moved the store to a downtown location to take advantage of greater foot traffic, generated in large part by tourists. In the space on Asheville’s historic Wall Street, which it shared with a photography studio, Spellbound stayed in business through the recession but saw its relationships with locals and longtime customers fall off because the location was less convenient for them.

“As downtown becomes busier with tourists, it becomes less convenient for locals and people with kids,” said Hawkins. “The feedback I kept getting from locals was that it was a pain to park and get around.”

As Hawkins began the long hunt for a permanent location outside the downtown area, Spellbound’s lease came up for renewal, so in January 2012 she entered into a temporary arrangement with a local art gallery that had opened in a large commercial space downtown. Moving Spellbound’s inventory into the art gallery proved to be a successful balance for the two businesses.

At the same time, Hawkins continued her search for a property the bookstore could move to on a permanent basis. After several unsuccessful tries at signing a lease — one falling through because the property owner’s spouse objected to the bookshop selling Harry Potter books — Hawkins signed a lease for a newly constructed space at the Lofts at Reynolds village, which consists of retail and restaurant space on the ground floor and luxury housing on the stories above, as well as plentiful free parking. Moreover, the new construction required less of an investment on Hawkins’ part and a negotiated rent in an up-and-coming area has given the store a better headstart.

Through an Indiegogo campaign created to help fund the move, Hawkins raised about one-third of her goal. Though she didn’t receive full funding, Hawkins found the campaign to be immensely helpful. Because the timeframe to raise money via crowdfunding was so short, Hawkins headed in with a strategy and realistic expectations. “I went ahead and put as my goal what it would take to make Spellbound what it was pre-recession, with inventory and construction for an events room,” she said.  Hawkins also took the time to contribute to other campaigns before launching her own to see how they were run and how they handled communication with donors. 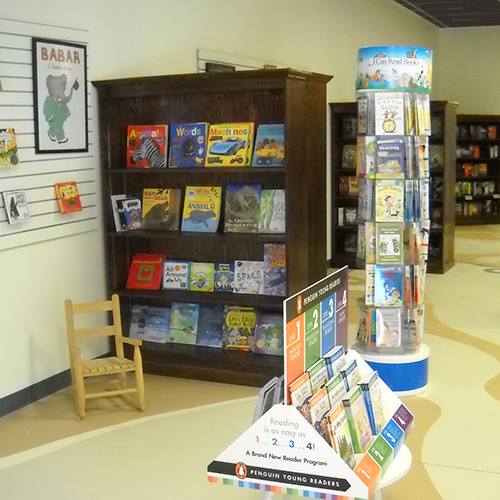 In addition to bringing in funding, the Indiegogo campaign proved that the store had broad community support. “If I had any doubts about whether Spellbound meant something to the community, that was erased with this campaign,” said Hawkins, who found that those who couldn’t donate offered to volunteer, and those who donated only small amounts expressed their wish to be able to donate more.

With the help of volunteers, including longtime customers and members of Spellbound’s book club, a purple ceiling was put up in the new space and a whimsical design was painted on the floor, while the walls became a pale yellow. “Warm, happy colors,” said Hawkins.

Though the space is a bit sparse at just two weeks in, Hawkins sees plenty of room to add more fixtures and books, including a large used books section and an events room for birthday parties, workshops, and public events.

Spellbound reopened on October 26 with a party that celebrated its grand opening, its ninth anniversary, and Halloween all rolled into one. Attendees enjoyed refreshments and entertainment, as well as a “not-too-spooky” Halloween story time, a costume contest, and Halloween treats. “Snack Nap Read” T-shirts and posters were offered as door prizes, as well as store gift certificates, stickers, and posters.

Though the store’s new location is outside the downtown area and in a new neighborhood, Hawkins is confident that her customer base will remain supportive. “It’s a little off the beaten path for some of my customers, but a lot of my old customers have sought us out,” she said. “It’s been a nice mix of old faces and new ones.”