In April, Parnassus Books in Nashville, Tennessee, will hold its fourth spring readers’ retreat at Rivendell House in Sewanee, home of the Rivendell Writers Colony. This spring also brings with it the introduction of the Parnassus bookmobile and the beginning of the store’s expansion project. 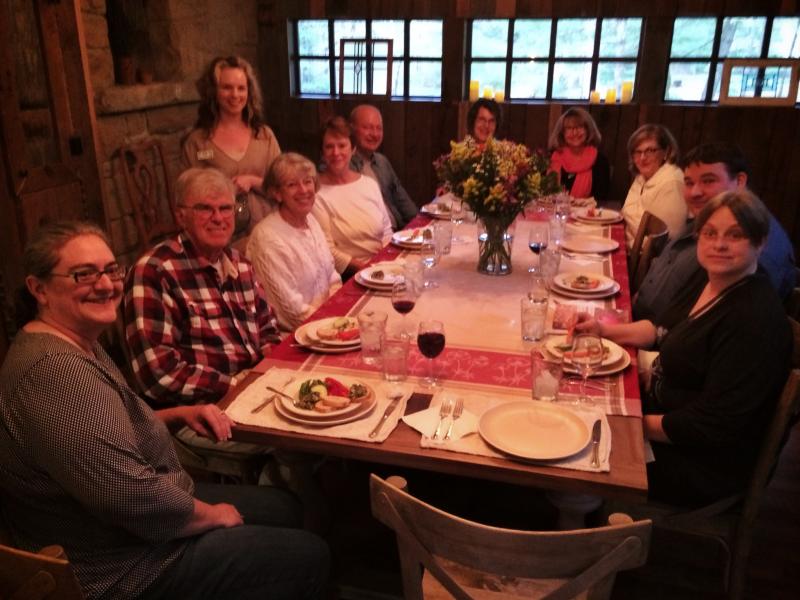 From Friday, April 22, to Sunday, April 24, the Parnassus readers’ retreat will provide paying guests the opportunity to unplug, relax, and take advantage of the surrounding peace and quiet of Rivendell House to dive into their neglected stacks of books and read ‘til their hearts’ content. Before their two-night stay at the colony, which is an hour and a half from Nashville, retreat participants will receive a special reading list of Parnassus staff suggestions as well as more personalized recommendations if so desired. Guests will also get a sneak peek at upcoming titles from the Parnassus collection of advance reading copies.

Karen Hayes, who opened the store with author Ann Patchett in 2011, said she and Patchett hold retreats every spring and fall as a service to their customers. The idea was inspired in part, said Hayes, by Random House sales reps Ann Kingman and Michael Kindness, who created the Books on the Nightstand Readers’ Retreat, named after their website and podcast, in conjunction with Northshire Bookstore in Manchester Center, Vermont. Kingman and Kindness’ retreat, now known as Booktopia, features discussions with guest authors that are arranged in partnership with other bookstores around the country.

Rivendell House, which is set on a bluff alongside the historic Brinkwood property once owned by William Alexander Percy and later by his cousin the author Walker Percy, features five guest rooms with private baths and a suite located on the third floor.

“There is very little Internet connection up at the location, so it’s meant for people who want to get away from it all,” Hayes said. “You’re cut off from the digital world and in the middle of all this gorgeous nature. We also cater it, so food is yet another thing you don’t have to think about.” 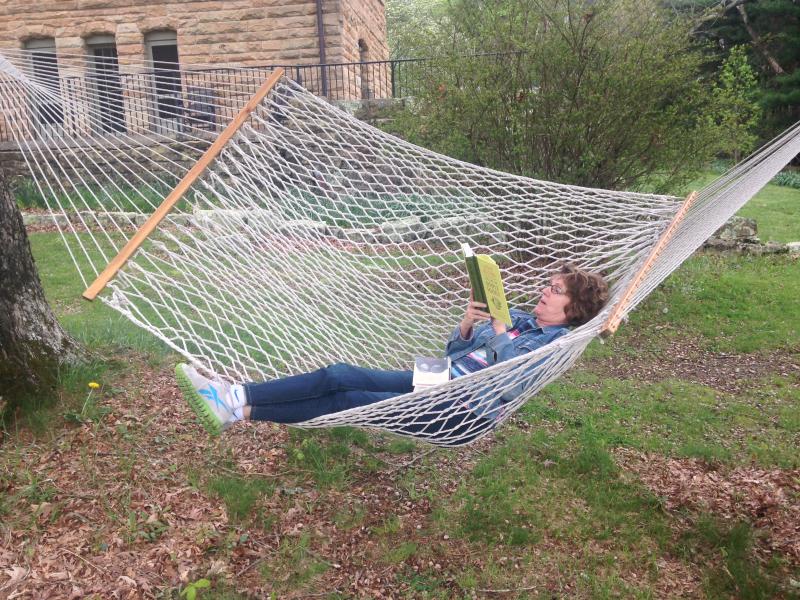 The manor is near the University of the South, which is home to the annual Sewanee Writers’ Conference. For an all-inclusive price of $700 for single occupancy and $950 for double, guests at the retreat can stay in rooms with literary names like the Hemingway, the Faulkner, and the Thoreau. Rivendell House also features a shared space with a great room and fireplace, two dining rooms where guests are served chef-prepared meals and wine pairings, two kitchens, a veranda, and a scenic outdoor observation deck perfect for reading.

According to Hayes, Parnassus readers’ retreat has become so popular it usually sells out within 24 hours.

“People, especially around here, know Sewanee and know it’s just a great place to go,” said Hayes. “The retreat really appeals to people who are just overwhelmed with the responsibilities of daily life, so going to a place where they’ll be able to read and not be interrupted is just really great for them.”

Hayes said the retreat offers space for 13 to 15 people and is chiefly supervised by one of the store’s 20 employees, Sissy Gardner, who graduated from the University of the South. 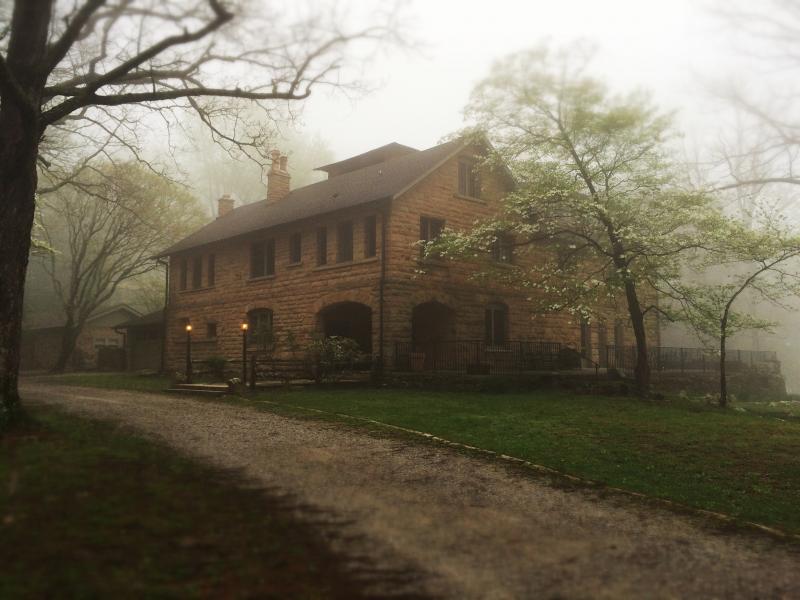 “We have a lot of people on our mailing list who are out of state, so people have come to the retreat from all over, including from Texas and out West,” said Hayes. “The demographic definitely skews older, so we get mostly people who are close to retirement age, but we’ve definitely had people of all ages attend.”

This spring, Parnassus has also launched a bookmobile, a project highlighted in the March 24 New York Times article, “Ann Patchett’s Nashville Bookstore Hits the Road, With Dogs in Tow.”

Hayes said that the store, which is currently feeling out what works in terms of the bookmobile schedule, has been partnering with coffee shops and other indie businesses in town.

“Last Sunday, when we set up outside a restaurant during brunch, was our biggest day,” said Hayes, adding that some businesses work better than others. “During the week there is just not enough traffic with certain businesses,” she said. “We are really looking forward to being able to do the local farmers market. We also want to explore the idea of taking the bookmobile to nursing homes and doing a few in a day, to bring books to people who can’t visit the store.”

Parnassus also recently began work on its expansion into an adjoining storefront. The renovation will add 2,500 square feet of retail space and double the size of the bookstore. The work is expected to take about four to six weeks and finish up before Independent Bookstore Day on April 30. 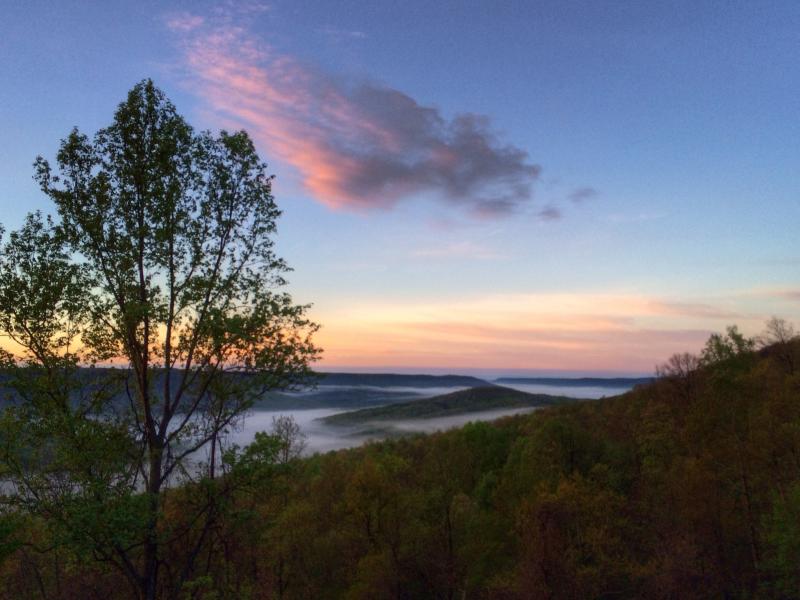 “We started the demolition a few days ago so they’re working on tearing up the floor right now and knocking down walls,” Hayes said. “The expansion will just give us breathing room initially. Our inventory has grown since we opened, so there is not much room for doing a lot of themed tables and putting our titles in front of our customers in different ways. It will be nice to display what we have in a better way. I’m sure that our title count will increase as time goes on as well.

“We don’t offer a lot of sideline merchandise, so another one of our goals in this new space is to expand our offerings from local artisans, including food that is made locally.”

The store’s new configuration will also provide a larger space for events. “We are building a small stage that doubles the amount of room we have for our events,” Hayes said. “Usually we pack a little over 100 people in here, so it will be nice to have more space so people aren’t straining to see.”