Caroline Stephenson will open Cultivator Bookstore, Murfreesboro, North Carolina’s very first bookstore, on Friday, August 19. Stephenson’s hope is that the store serves as the jumping-off point for the establishment of a nonprofit promoting literacy and culture and improving the quality of life for local women and their families.

Stephenson, a former assistant director for TV shows such as AMC’s TURN: Washington’s Spies, said Cultivator will be “a bookstore, art gallery, and a space for community-building,” featuring mostly used and some new books and works by local artists. Book signings, discussions, and art-related events and workshops are planned for the 1,000-square-foot store on Murfreesboro’s Main Street, next to the public library. Cultivator will also offer free Wi-Fi for patrons, canned and bottled drinks, and a mini stage just right for open mic poetry readings and storytelling.

In addition to its role as a community resource, the new bookstore, located about two hours from Raleigh, will also be a place where Stephenson’s father, Frank Stephenson Jr., can sell his own books. The elder Stephenson is the author of more than 20 titles on Murfreesboro history.

In 2010, after 15 years in Los Angeles, Stephenson returned home with her husband, film editor Jochen Kunstler, and three children to live on the family farm. The idea for Cultivator was inspired by the needs of the community, Stephenson said: Murfreesboro is an economically depressed rural town with low adult literacy rates and many residents just struggling to get by. The bookstore, she hopes, will act as a resource for area residents, a space to “cultivate” the community. 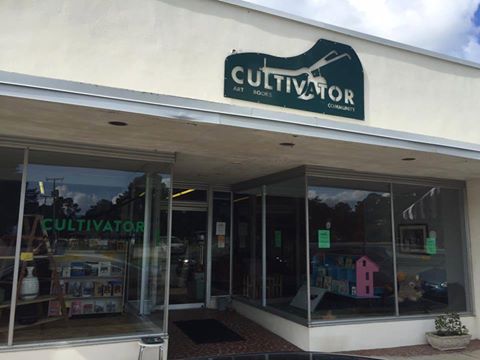 “Thirty-five percent of the children are living in poverty here, and only 14 percent of the area population has a bachelor’s degree or higher,” Stephenson said, despite the fact that the area is home to two colleges. Among Murfreesboro’s problems, she added, are lack of employment and educational opportunities, transportation issues, and inadequate communication technology.

Prices for used books at the store are being kept very low — about $1 for a paperback book, she said, so anyone can come in and buy a book for less than a bag of chips and a soda.

“I would say 90 percent of our inventory is used books. We’re just sorting, organizing, and shelving right now. Yesterday we picked up 80 boxes that someone donated to us,” Stephenson told Bookselling This Week. “The thing is, as we are shelving all these books, it’s become very sadly obvious that we have very few multicultural books although we live in an area where the majority is African-American. I’m going to use any dollars and pennies I have to build up that side.” 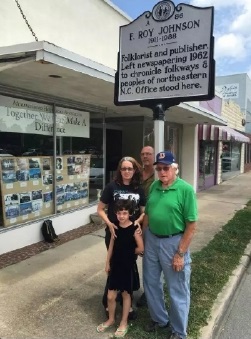 While working as a teachers’ aide in the neighboring county of Northampton, Stephenson saw first-hand the lack of educational resources and the inexperience of the area’s teachers. To help remedy the situation, Stephenson hopes to offer organized activities at Cultivator that foster literacy for children and adults.

“There are just so many reasons to do it,” she said. “I’ve always been very interested in social justice and education. I am a product of public education. I believe in it strongly.”

Cultivator will also be offering classes focused on practical skills such as sewing. Once the nonprofit gets off the ground, Stephenson said, the teacher, a local seamstress, would receive a stipend. The nonprofit would eventually work with local organizations, including the Cooperative Extension, to offer classes for women on agricultural subjects, like gardening, she added.

Cultivator will also provide display space for the local potters, photographers, and painters who were left without an exhibit space after the local arts council’s dedicated gallery space closed. 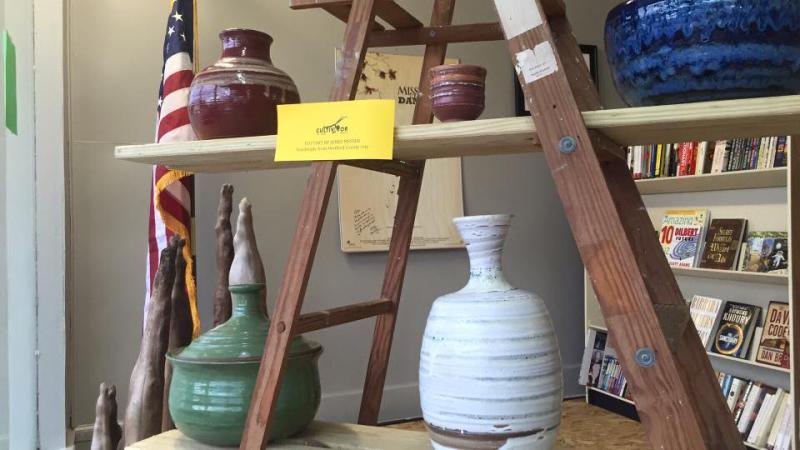 In cooperation with the Hertford County Arts Council, the store will display the work of local artists among its collection of books.

While the store is basically a personal investment, Stephenson said that she has also called in a lot of favors from people she knows and formed partnerships with local organizations to help with monthly expenses, including the library, the Hertford County Arts Council, the local cooperative extension agricultural program, and other businesses in town.

Stephenson currently has an Indiegogo campaign with a goal of $7,500, which, with three days left, has brought in $4,335. The rent at the former furniture store where the store is located is $6,000 a year, or $500 a month; the rest of the money will go toward start-up costs, said Stephenson.

“We’ve made our Indiegogo so very modest, it’s crazy,” said Stephenson, who is currently working with her husband to finish up construction at the store with the help of volunteers from various organizations.

“There have been a lot of people who have just come in to help us clean and shelve and mop and fix the floor and paint the walls,” she said.

To prepare to open Cultivator, Stephenson spoke with staff at Quail Ridge Books in Raleigh, who advised her to become a member of the Southern Independent Booksellers Alliance (SIBA) and ABA. Quail Ridge, which was in the middle of moving to another location when Stephenson got in touch, donated their bookshelves to the store.

“I thought we were going to have to build bookshelves, so that really saved me a lot of money,” Stephenson said.