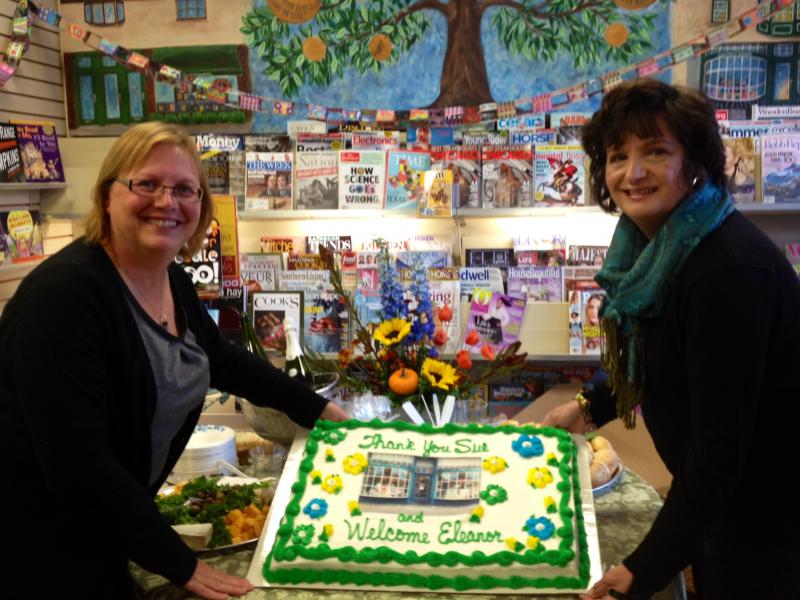 At an October 23 open house, the Lake Forest, Illinois, community welcomed Eleanor Thorn as the new owner of Lake Forest Book Store  and bid farewell to longtime owner Sue Boucher. The bookstore officially changed hands on October 9, with Thorn, the store’s bookkeeper for a year and a half, assuming ownership.

Lake Forest Book Store opened in 1949 with just 650 square feet of retail space after a group of local women decided that the community needed a bookstore. Eighteen years ago, Boucher purchased the store with then-co-owner Louise Wood and moved it to an 1800-square-foot space in the downtown shopping area.

Thorn remembers Lake Forest when it was in its former location. “Back when I moved here, it was this tiny little bookstore and they kept records on paper. It was very old system,” said Thorn. After it was purchased by Boucher, she “moved it down the street and updated it and made it what it is today.”

At one of the busiest times of the year for independent bookstores, Thorn is diving into her ownership duties headfirst. “I thought about it long and hard and realized this community is really so faithful and so committed to having a bookstore in town, and I decided to take the leap,” she said. “I believe that books are going to be around for a while and decided to just go for it.”

Previously in retail with Marshall Field’s, an Illinois-based department store chain later acquired by Macy’s, Thorn has worked closely with members of the community in and around Lake Forest. 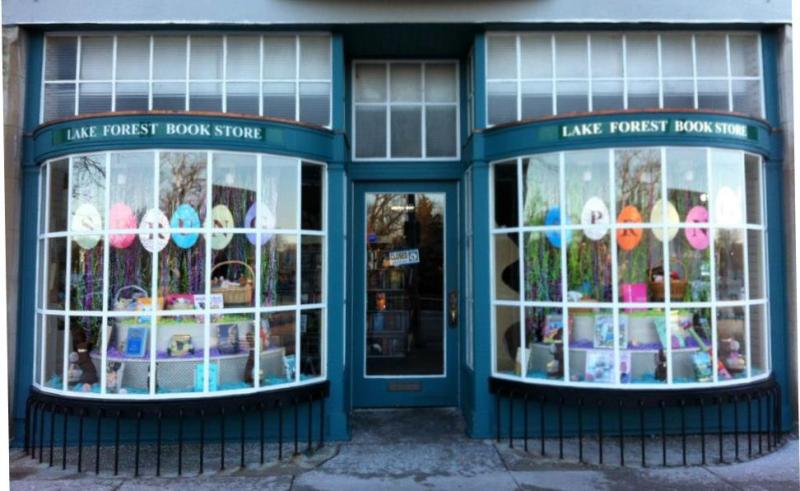 Though her career in bookselling is relatively new, Thorn feels confident that she will learn the ropes quickly and is looking forward to spending more time on the retail floor and getting to know her customers. “The people who work here have more than 158 years of bookselling experience,” she said. “I think I’m in good hands.”

In addition to the experienced staff, Thorn is inheriting Lake Forest’s strong author events programming, which she is eager to keep going. “We are reliant on our author events and Sue’s built a wonderful base for us,” she said.

Pleased with the legacy that Boucher is leaving her, Thorn has no immediate plans to change the bookstore, other than to bring in additional fantasy titles for the young adult crowd and some toys for the children’s section. “It’s worked the way it is for all these years,” Thorn said.

Boucher will continue on in the bookselling world, spending her time at The Cottage Book Shop in Glen Arbor, Michigan. She will also lend a hand at Lake Forest for the next several months to help the store transition.

In her farewell letter to customers, Boucher expressed her gratitude for the many years she spent at the helm of the bookstore and for the community’s ceaseless support. “I have always felt that Lake Forest Book Store has a big heart,” she wrote. “My wish is for this to continue and with your support it will. You were so patient with me and I hope you will welcome Eleanor into your lives as well. Your continued support of Lake Forest Book Store will keep it going for many more years to come.”