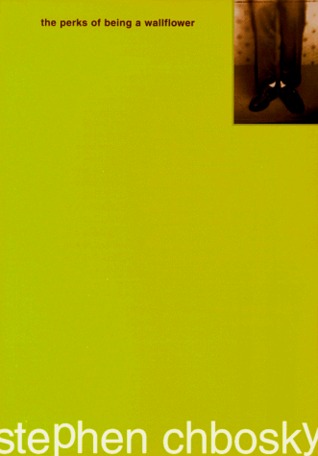 The Kids’ Right to Read Project, sponsored by the American Booksellers Foundation for Free Expression and the National Coalition Against Censorship, is working with Glen Ellyn School District 41 in Illinois in hopes of overturning a school board ban of The Perks of Being a Wallflower by Stephen Chbosky (MTV Books). The Board of Education for the district voted on April 29 to remove the title from eighth grade classrooms at Hadley Junior High School due to the book’s mature content. The title, published in 1999, is number 10 on the American Library Association’s list of the most banned or challenged books from 2000 to 2009.

Acacia O’Connor, coordinator for the Kids’ Right to Read Project (KRRP), has been working with officials in the district to resolve the issue. “In this particular instance, it was a group book report project where a handful of students selected Perks because friends read it and liked it,” and one student became distraught over the content, O’Connor said.

Hadley Junior High has a free reading program that allows students to choose any title from classroom libraries for independent reading. The student was allowed to finish her assignment with a different title, but her parents, Jennifer and Brian Bradfield, chose to pursue removal of the title from the district’s eighth grade classrooms.

A committee of teachers, school administrators, and a parent was charged with reviewing the issue and making a recommendation to the school board. The committee recommended that the school keep the book for independent study only and send a notice home three times per year to both remind parents of the availability of free reading in the classroom and encourage them to discuss book choices with their children.

At an April 29 board meeting, the Bradfields were joined by other parents in requesting that the board not accept the committee’s recommendation. However, a Hadley Junior High teacher defended the recommendation, explaining that the book is not used in direct instruction, but only through free choice reading, and parents have the final say on any book their child reads.

The teacher, Lynn Bruno, also noted that, while some students have parents they can turn to with questions, others look to literature for help, noting that is the value of Perks. “What characters in books are able to do is to show bad decisions in terrible situations and good decisions in terrible situations, so that when my daughter finds herself in those situations, she’ll have some background knowledge to navigate the process,” she said.

Following a discussion in which the most repeated concern was that parents do not know what is available to the kids in the classroom or what their children are reading while in school, the school board rejected the committee’s recommendation by a 4 to 2 vote, and a request was made to school personnel to remove the book from eighth grade classroom shelves.

At a subsequent board meeting, students, teachers, and parents advocated for a reconsideration of the ban.

O’Connor is optimistic about the outcome of this issue and has found the school district officials are welcoming of her advice. “Our perspective is that some kids need space to read and explore these issues,” said O’Connor. “They might be going through things that their parents might not even know about or understand and the best way to grapple with these issues is through a book. The classroom is really the safest place for that.”

The committee’s recommendation to provide more frequent information to parents about the reading policies in classrooms is a positive solution, said O’Connor, but one that could easily be taken a step too far. Several of the board members expressed a desire to know more about what’s available to students, but O’Connor acknowledged that logging the titles available to students and ranking them as to what’s mature is a “restrictive and prejudicial kind of cataloging” and would be labor-intensive for teachers and librarians.

Rather, she suggested, “Send out a notice that says your child will be choosing 25 books to read during the year, please engage with them on this, and this is the role of a classroom library.” O’Connor also submitted a letter to the school board outlining the constitutional issues surrounding the ban and providing resources on refining policies regarding educational materials.

Several teachers and newly sworn-in school board members have reached out to O’Connor in support of removal of the ban. She has also heard from some of the voting board members who opposed the title but were unaware that the outcome of their votes meant that the book would be physically removed from classrooms.

The district is in the process of reviewing its procedures regarding controversial classroom materials, and the issue will be addressed again at a May 28 board meeting.