During the institute, Dass, a bookseller at Unity Books in Auckland, New Zealand; Wadsworth, a bookseller at the Dorothy Butler Children’s Bookshop in Auckland; and Streeter, owner and founder of The Bookcase in Lowdham, Nottinghamshire, England, attended educational sessions and panels, met with their American colleagues, listened to plenary speakers, swapped backlist books, and chatted with established and up-and-coming authors. Dass, Wadsworth, and Streeter also had the opportunity to see the strength of local community bookstores when they joined Wi11’s tour of stores in Denver and nearby Boulder. 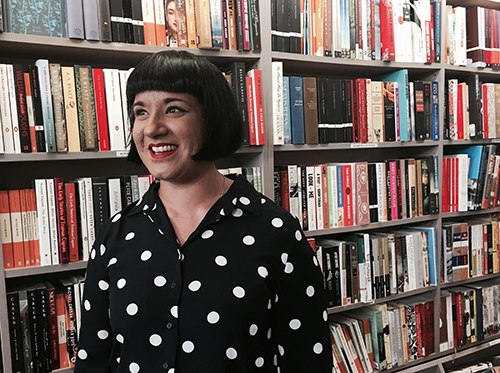 Following the institute, Dass was hosted by Book Soup in West Hollywood and Wadsworth by Vroman’s Bookstore in Pasadena. Both booksellers were in the U.S. as winners of the Kobo Booksellers NZ Scholarship, which each year sends two booksellers on a two-week visit to the U.S. to attend the institute.

Allison Hill, CEO and president of Vroman’s, which owns Book Soup, said, “Vroman’s was so lucky to host the two fabulous booksellers from New Zealand. We fell in love with Kiran and Helen and had a wonderful exchange with them: sharing ideas, talking books, and commiserating about our challenges. They’re definitely part of the Vroman’s/Book Soup family now and we’re already working on a plan to reunite with them in New Zealand.”

Dass, who was visiting the U.S. for the first time, said the Winter Institute was “a brilliant conference” that “really packed a lot into each day.”

“Attending the Winter Institute was such a wonderfully inspiring and enriching professional experience,” said Dass. “I absolutely loved meeting and engaging with international booksellers and it was fantastic to get an insight into the book trade from an international context. In New Zealand, we just box on and do our thing, so it was great to be able to compare what we are doing with what is happening in the trade in the States, and see that we are in robust shape and world class. I was also impressed by how passionate and professional the young booksellers I met were.” 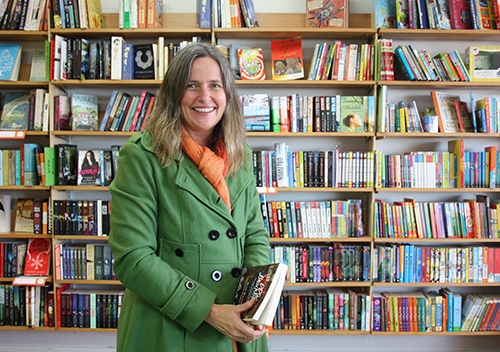 Reflecting on her time at Book Soup, Dass said that the California indie reminded her of Unity Books, with its savvy, book loving, and knowledgeable staff and top-shelf stock, so she felt right at home. While she didn’t notice much difference between America and New Zealand in terms of the nuts and bolts of running a bookstore, Dass said she was struck by the sheer number of events Book Soup organizes each year (around 300), given its small size.

“Book Soup is very resourceful with the space they have. It’s a small shop, like Unity Books in Auckland, yet they make it work,” said Dass.

For her part, Wadsworth’s experience of Winter Institute “was jam-packed full of gems,” she said. “The conference was organized so well, the sessions were interesting and relevant, and the people were amazingly hospitable. I’m a reasonably new bookseller so all the sessions were valuable. I learned about inventory management and different ways to keep a check on stock numbers, and I was blown away by the great ideas that the panelists had for events at children’s bookshops and for Independent Bookstore Day.”

“Meeting fellow booksellers was a highlight,” she added. “It was great to share stories and ideas with people who are just as passionate about books and bookselling as I am.”

Like Dass at Book Soup, Wadsworth remarked on the number of events Vroman’s hosts: about 400 every year. Dorothy Butler Children’s Bookshop is lucky to host one event per month, Wadsworth said, adding that part of the reason for this is a lack of international authors who come to New Zealand.

“I’m not sure how it is for stores in remote parts of the U.S., but I was amazed that books could arrive at Vroman’s within two to three days of ordering,” Wadsworth said. “We have some local publishers and distributors that can give this service, but all the big ones now warehouse in Australia and the lead time is longer.” 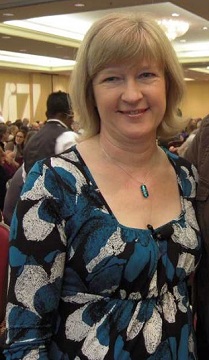 Streeter, who attended the institute as the U.K. representative for the European and International Booksellers Federation, said that staying on in Denver for a day to work at Tattered Cover Book Store on Colfax Avenue, was a wonderful bonus.

“To have this opportunity to spend time in such a legendary shop was a real privilege, and I was made to feel so welcome by co-owner Len Vlahos, lead buyer Cathy Langer, general manager Matt Miller, and all their team,” Streeter said. “After a guided tour of the shop I spent a few very happy hours shelving books and talking to staff and customers. The size of the store and the efficiency of the systems were the most striking elements for me, and I have been able to incorporate some lessons learned already in my very tiny shop, including using signage to better effect, creating seating areas, and introducing some efficiencies into our returns systems.”

Though Tattered Cover is much bigger than The Bookcase, Streeter noted that both share “a focus on excellent customer service, the events program being an integral part of the business, encouraging local schools to use the shop, the importance of the non-book product range, and generally creating a friendly and relaxed atmosphere.”

Streeter’s time at Tattered Cover ended, she said, “with the real honor of spending a few moments chatting with [Tattered Cover founder] Joyce Meskis — what a lady!”

Tattered Cover’s Langer said that she would love to entertain the possibility of more bookseller exchanges.

“Jane is the quintessential bookseller and fit right in with our staff, diving in, making friends, and best of all, asking great questions about our stores specifically, but also about many aspects of bookselling,” said Langer. “She was a bright light in our store and a thought-provoking guest.”