Egmont USA is handing the reins to independent booksellers to decide which of two cover designs will be featured on The Scar Boys, the upcoming young adult novel by Len Vlahos, the American Booksellers Association’s former COO and current head of the Book Industry Study Group.

While the book is nearly a year from publication (February 25, 2014), Senior Editor Greg Ferguson wants indie booksellers who have a long-standing relationship with Vlahos to play a big part in The Scar Boys development. “We want indies to be major supporters and champions for this book from the start,” Ferguson explained. “They’ll have a stake in the success of the book from the moment we’re actually putting together the product, rather than when we hand them the galley.” To that end, indie booksellers will receive a survey via e-mail from Egmont on March 21 and will have until April 22 to vote for their favorite cover.

Featuring a young boy who suffers severe burns and scarring during a bullying incident that leaves him tied to a tree that is subsequently struck by lightning, The Scar Boys follows 17-year-old Harry as he tells his story of recovery and rediscovery through music.

Ferguson worked with Room39b Design to develop a series of covers that would mimic a classic punk rock concert poster. “We had committed to making the cover look like a band poster, especially with the title of the book being the name of the band,” said Ferguson. The designer initially drafted several options in the style of rough cut-and-paste images and text, reminiscent of 1980s flier handouts printed at a copy store. However, two silkscreen-style images stood out from the rest, both worthy of representing the book on store shelves. The images were reviewed at an Egmont launch meeting, but the room was split, with equal passion coming from both camps. “We could literally publish either cover tomorrow and be happy,” confirmed Ferguson. 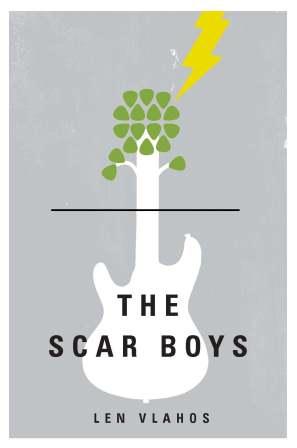 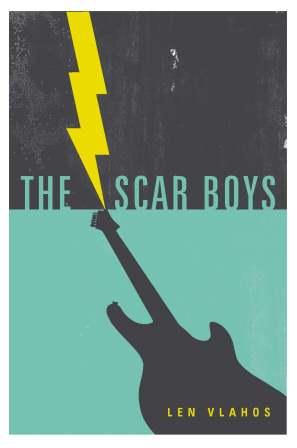 The two designs that booksellers will choose from both feature a lightning bolt and a guitar, which the Room39b team used to create a graphic narrative of two pivotal moments in the story: the lightning strike that leaves Harry severely burned and the band formation that saves him.

The Egmont survey e-mail will also provide booksellers with the opportunity to read sample chapters from The Scar Boys. “We see the independents as the natural place for this book,” said Ferguson. “They have the unique ability to handsell in a way that is not possible at other bookstores. They’ll be able to embrace Harry and know their customer base and know what their teens are coming in to look for, and they’ll be able to put this book in the right kids’ hands.”

Ferguson is happy to be bringing the independent bookselling world in to support Vlahos, after his many years of actively supporting them. As The Scar Boys nears publication, plans will be finalized to have Vlahos attend regional trade shows and to appear at indie stores. “We see independents as having a partnership with us on this book from this point going forward, through publication and beyond,” said Ferguson.

If an indie bookstore does not receive the Egmont survey and store staff would like to vote for The Scar Boys cover, they are asked to contact Ferguson via e-mail.