The Children’s Book Council (CBC) and Every Child a Reader have announced plans for the 100th anniversary of Children’s Book Week in 2019, which will feature a new logo and theme, works by 20 featured illustrators, activities in 15 languages, and more. 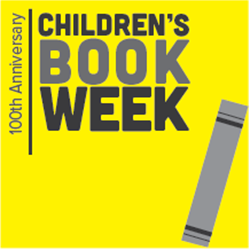 Throughout the year, Every Child a Reader, the charitable arm of the CBC, will conduct an ongoing campaign of spotlight author and illustrator events, media resources, and contests to celebrate the anniversary of Children’s Book Week (CBW), the longest-running national literacy initiative in the country.

Over 125,000 copies of the 2019 official CBW poster will be sent to 1,000 schools, libraries, and bookstores for events to be held from April 29 to May 5, 2019. Registration to be an official Children’s Book Week location is open now. The poster, featuring a new logo and theme — Read Now. Read Forever — will be illustrated by Caldecott-winning children’s author and illustrator Yuyi Morales.

Associate Executive Director of Every Child a Reader Shaina Birkhead said the CBC has been looking forward to the 100th anniversary of Children’s Book Week for years.

“The program continues to grow in exciting and unexpected ways and we cannot think of a better way to celebrate in 2019 than with more events, more artists, more resources, and a brand-new logo to lead us into the next 100 years,” Birkhead said.

In addition, as part of a collaboration with Every Child a Reader, The Rabbit hOle in Kansas City will create an immersive narrative exhibit featuring six life-size Children’s Book Week posters that transport visitors into the 100-year history of Children’s Book Week, opening fall 2019. More CBW contests, initiatives, and author and artist events will be announced at the start of the year.