Annie Philbrick, the co-owner of Bank Square Books in Mystic, Connecticut, and the new Savoy Bookshop & Café in Westerly, Rhode Island, was part of a delegation of American book industry professionals who participated in the first-ever U.S. Publishing Mission to Cuba. The event coincided with the 2016 Havana Book Fair. 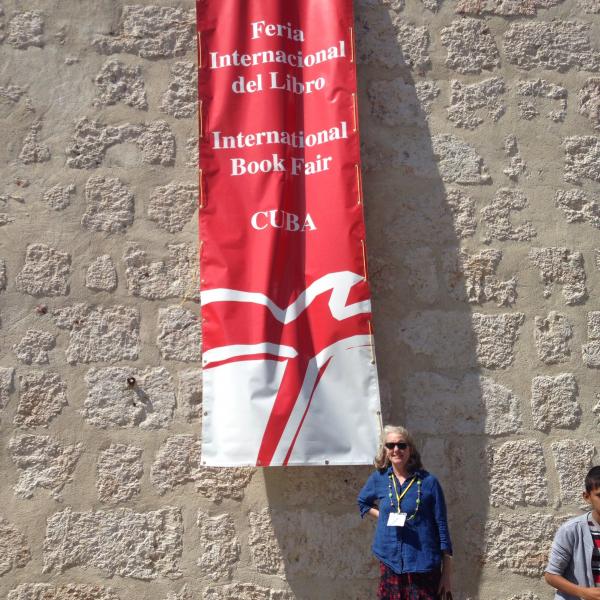 “I felt honored to be a part of this extraordinary, historic trip. It’s an amazing chapter in history,” said Philbrick.

The publishers, booksellers, and other industry professionals who took part in the mission represented the first official American publishing presence at Havana’s consumer book fair since the U.S. government began a tourism and trade embargo following the 1962 Cuban Missile Crisis.

Philbrick had previously visited Cuba in 2010 as part of a botany mission with the Key West Botanical Garden Society. Compared to what she saw on that trip, Cuba in 2016 is more modernized, she said. Changes include the reintroduction of American tourism in 2015.

“Everyone in Cuba has an iPhone or some sort of smart phone. Verizon just established a presence there,” Philbrick said. “But then again, there is still this dichotomy of the past and present. You see 1955 Chevys driving around as taxis and many people have Soviet cars called Ladas. There are also still a lot of signs of the Communist revolution, including pictures of Che Guevara everywhere. “But there was no sense of fear,” Philbrick added. “I felt safe walking around.”

At the conference, Philbrick was on a retail bookselling panel with longtime bookseller Raquel Roque of Books & Books in Miami, Florida, who is also the author of The Cuban Kitchen cookbook (Knopf) and a founding member of Miami Book Fair International. The panel discussion focused on the different book markets in the U.S. and how to reach them and the passion for and resurgence of indie bookstores in the U.S. 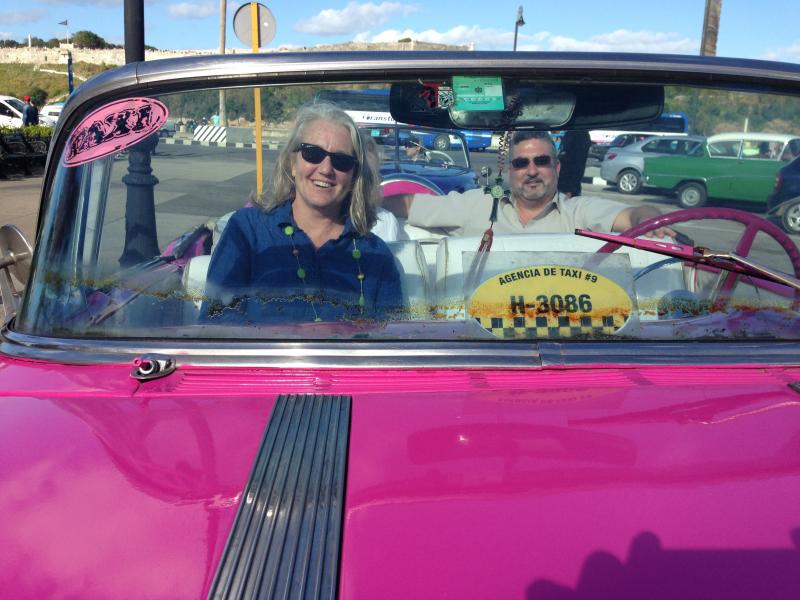 “What we tried to express to the group [of Cuban book industry professionals] was how we as booksellers are able to ‘make’ a book, how to put a book out there, the Indie Next List and how we use it, and ways that we as booksellers try to move the needle [regarding sales] on a book,” said Philbrick.

“I’m personally curious about it as a bookseller,” said Philbrick. “I would sell Cuban books in our bookstore.”

Because of the commercial trade embargo, which is still in place, and because bookstores in Cuba are state-run, it is hard to find books in Cuba that were published in the U.S. after the 1960s, Philbrick said. Many used books were collected before the Communist Revolution, so some used bookstores do exist and are essentially run as private enterprises.

“That’s a thriving culture, and perhaps as privatization increases there will be bookstores in Cuba that may offer a wider variety than they do now,” she said.

The conference also provided Philbrick with the opportunity to learn more about the logistics of publishing from an international rights perspective. “It opened my eyes to what happens in the background in publishing in terms of printing and shipping and selling subsidiary rights,” she said.

However, one thing that became clear over the two days of panels, Philbrick said, was that not every Cuban speaker, publisher, or bookseller felt comfortable saying everything they would have liked to say. 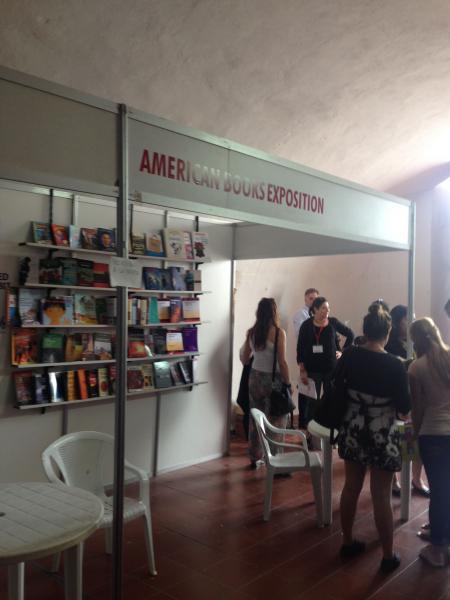 “There weren’t a lot of Cubans who spoke up as much as we had hoped or we thought they might have. A few did, but a lot of the program directors were the ones who said things officially,” she explained. “But I spent six months in the Soviet Union before it opened up, and here in Cuba it was a little bit of a freer feeling. Perhaps that was because it’s more literary here, since higher education in Cuba is free for everyone.”

At the Havana Book Fair, PW, Combined Book Exhibit, and the Cuban Book Institute, which oversees the industry in Cuba and organizes the fair, signed a memorandum pledging to promote “cooperation and understanding” in business relations between the two countries. According to PW, the pledge supports a continuing American presence at the Havana Book Fair and laid the foundation to bring Cuban publishers and books to this year’s BookExpo America.