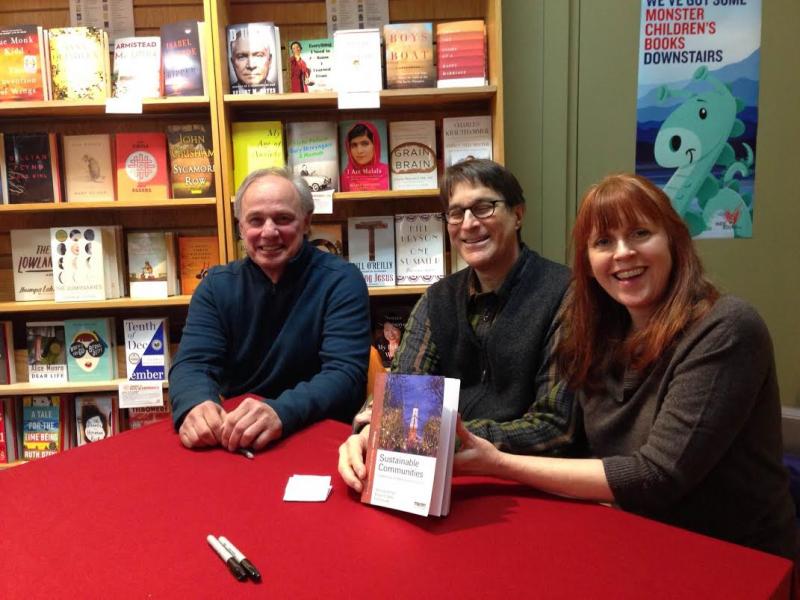 The forum provided an informal way for activists, community members, elected officials, and nonprofit and government leaders to come together to network and discuss the who, what, when, where and how of developing, promoting and implementing public policy initiatives that improve local communities, the environment, and the lives of working people.

The Book House, which this past fall turned to the community to help fund the store’s move to a new location in Maplewood, Missouri, is now open. In May, owner Michelle Barron was forced to look for a new site for the store as the building where it was housed in St. Louis was being demolished. Barron created a Kickstarter page to raise $10,000 to remodel The Book House’s new location.

The store’s website now lists new hours and proclaims, “We are doing the happy dance!!  Now the fun begins. We have thousands of books to put out on display, and there will be more bookshelves going up and new things to see every day. Construction on the next phase (the lower level) will begin soon and hopefully be open by the end of April.”

Masslive.com recently reported on Odyssey Bookshop’s 50th anniversary and international reputation. “There hasn’t been a day when it’s not challenging to run an independent book store,” Joan Grenier, daughter of the store’s late founder, Romeo Grenier, told the paper. “It’s always been that way.”

Noting that Odyssey is the centerpiece of the Village Commons, a picturesque mixed-use complex of shops near Mount Holyoke College, Masslive said, “In response to its challenges, the Odyssey has thrived with a very active program of special events, a close relationship with the college across the street, proximity to famous authors in the Pioneer Valley, a commitment to the community (it recently donated $700 to the Food Bank of Western Massachusetts) and an inspiring history that began with a young French-Canadian boy who loved books.

“The shop has a contract with Mount Holyoke College to provide its textbooks, and it also carries art supplies geared to the college’s art courses. Rather than succumbing to the Internet, it makes technology work for it with a full-service website and other social media efforts. New hires are expected to have some online knowledge.”

The plaque was bestowed on the store, now run by the founders’ daughter Doris Moskowitz, by the Berkeley Historical Plaque Project.

“In 1959, Morris (Moe) Moskowitz and his wife, Barbara, opened a small paperback bookshop on Shattuck Avenue. They soon moved to Telegraph Avenue where Moe’s Books evolved into a renowned emporium featuring hundreds of thousands of books. Moe’s Books was a pioneer in giving honest, fair prices by establishing a fair trade policy of offering cash or a higher value in “Moe Dollars” (“In God and Moe We Trust”) for used books.  These innovative trade slips — membership cards to a literary world — give previously read books respect and value. Defying Berkeley’s no-smoking ordinance, the iconoclastic, politically leftist Moskowitz enjoyed his cigars at work, typifying Telegraph Avenue’s anti-authoritarian identity.  After his death in 1997 the bookstore has remained a family-run business, continuing its legendary founder’s traditions.”