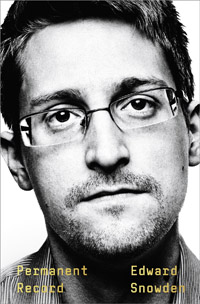 Last week, the U.S. Department of Justice (DOJ) filed a lawsuit against Edward Snowden, a former employee of the Central Intelligence Agency (CIA) and contractor for the National Security Agency (NSA), and his publisher, Macmillan, over Snowden’s new memoir, Permanent Record, which was published September 17.

“Edward Snowden decided at the age of 29 to give up his entire future for the good of his country,” Macmillan CEO John Sargent said in a statement. “He displayed enormous courage in doing so, and like him or not, his is an incredible American story. There is no doubt that the world is a better and more private place for his actions. Macmillan is enormously proud to publish Permanent Record.”

DOJ’s lawsuit alleges that Snowden published his book without submitting it to the agencies for pre-publication review, in violation of his express obligations under the non-disclosure agreements he signed. The U.S. government now seeks to recover all proceeds earned by Snowden because of his failure to submit his memoir for pre-publication review in violation of his alleged contractual and fiduciary obligations. Assistant Attorney General Jody Hunt of DOJ’s Civil Division said that ignoring the review process was a breach of the public’s trust.

In response to the lawsuit, David Grogan, director of the American Booksellers for Free Expression, said the DOJ’s suit would have a chilling effect on free speech. “From Daniel Ellsburg to Edward Snowden, there is a long and storied history of whistleblowers providing the public with critical information regarding questionable or illegal actions of their government and its agencies,” said Grogan. “The government’s claims that the review process is in the interest of the public trust is ironic, given that without Snowden’s revelations, the public would not know about the mass surveillance program that violated all American’s constitutional right to privacy. It is not hard to imagine that the government’s review process would have resulted in the censorship of information that we all have a right to know.”

The constitutionality of the pre-publication review system is currently being challenged in court by the American Civil Liberties Union and the Knight First Amendment Institute at Columbia University, the ACLU noted in a press release. The organizations stressed that this review system gives officials “far too much power” to make unexplained censorship decisions influenced by individuals’ viewpoints and access to power.

Ben Wizner, director of ACLU’s Speech, Privacy, and Technology Project and attorney for Snowden, noted, “This book contains no government secrets that have not been previously published by respected news organizations. Had Mr. Snowden believed that the government would review his book in good faith, he would have submitted it for review. But the government continues to insist that facts that are known and discussed throughout the world are still somehow classified.”

Macmillan held firm in its right to publish Snowden’s memoir, and stated it is proud to publish Permanent Record to make his “uncensored story in his own words available worldwide,” as reported by Publishers Weekly.