On Wednesday, April 5, the American Booksellers Association announced the finalists for the 2017 Indies Choice Book Awards and the E.B. White Read-Aloud Awards. Booksellers at ABA member stores across the country will choose the winners in eight categories in online balloting between now and midnight EDT on Sunday, May 7.

(Note - Deadline to vote has been extended to Sunday, May 7.)

All of this year’s finalists represent the types of books that indie booksellers champion best. The E.B. White Read-Aloud finalists also reflect the playful, well-paced language, the engaging themes, and the universal appeal to a wide range of ages embodied by E.B. White’s collection of beloved books.

Every bookseller at an ABA member store is encouraged to vote; one ballot per person will be accepted. One book in each category will be declared the winner, with the exception of the Picture Book Hall of Fame, where booksellers will choose three inductees. The winners will be announced on Wednesday, May 3, and will be feted along with the honor book recipients at ABA’s Celebration of Bookselling and Author Awards Lunch on Wednesday, May 31, at BookExpo 2017 at the Javits Convention Center in New York City. 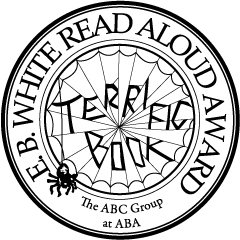 The finalists in the Indies Choice Book Award categories of Adult Fiction, Adult Nonfiction, and Adult Debut were chosen by a jury of five ABA member booksellers from titles appearing on the 2016 Indie Next Lists. The finalists for the Indies Choice Book Award in the Young Adult category and for the E.B. White Read-Aloud Middle Reader and Picture Book awards were chosen by a jury of six children’s booksellers from the ABC Children’s Group at ABA. Finalists were chosen from titles appearing on the 2016 Kids’ Indie Next Lists, with additional titles for the E.B. White awards nominated by ABC Group members. The finalists for the 2017 Indie Champion Award were chosen by both juries.

This year’s finalists are:

BOOK OF THE YEAR – ADULT FICTION

BOOK OF THE YEAR – ADULT NONFICTION

BOOK OF THE YEAR – ADULT DEBUT

BOOK OF THE YEAR – YOUNG ADULT

The Indie Champion Award is presented to the author, illustrator, or group that, in the opinion of booksellers, has the best sense of the importance of independent bookstores to their communities at large and the strongest personal commitment to foster and support the mission and passion of independent booksellers. ABA invites readers to learn more about the finalists by clicking on their names below:

To help booksellers promote the finalists in newsletters and other marketing materials, the Indies Choice and E.B. White awards logos are available in BookWeb’s Designs and Downloads.

All ABA member booksellers are invited to cast their ballots now.

Reservations for the Celebration of Bookselling and Author Awards Lunch will open on Wednesday, April 19, and will be limited to a maximum of four booksellers per ABA member store location.