Jesse Mecham, an Internet personal finance guru, certified public accountant, and author, shared his formula for financial freedom during an educational session with booksellers at Winter Institute 13 in Memphis, Tennessee. 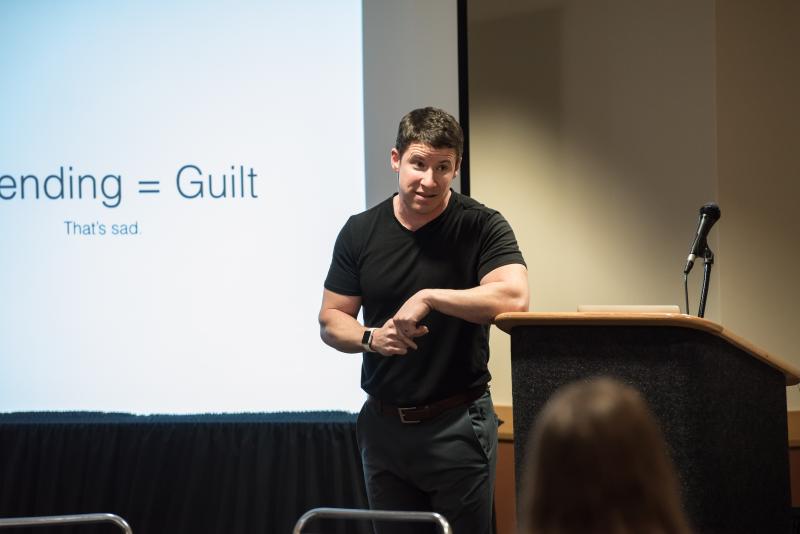 Mecham is the author of the newly published You Need a Budget: The Proven System for Breaking the Paycheck-to-Paycheck Cycle, Getting Out of Debt, and Living the Life You Want (Harper Business).

He’s also the founder and CEO of You Need a Budget, an online budgeting tool and support site that educates its customers in Mecham’s rules for managing money.

Speaking to booksellers, Mecham shared the path that led him to create his system, from his days as a struggling newlywed and expectant father to his success building a small business founded on his own insights into how to budget successfully.

Determined not to borrow to complete his accounting degree at Brigham Young University and wanting to provide for his young family without his wife, Julie, having to return to work, Mecham began budgeting every dollar and realistically planning for expenses. 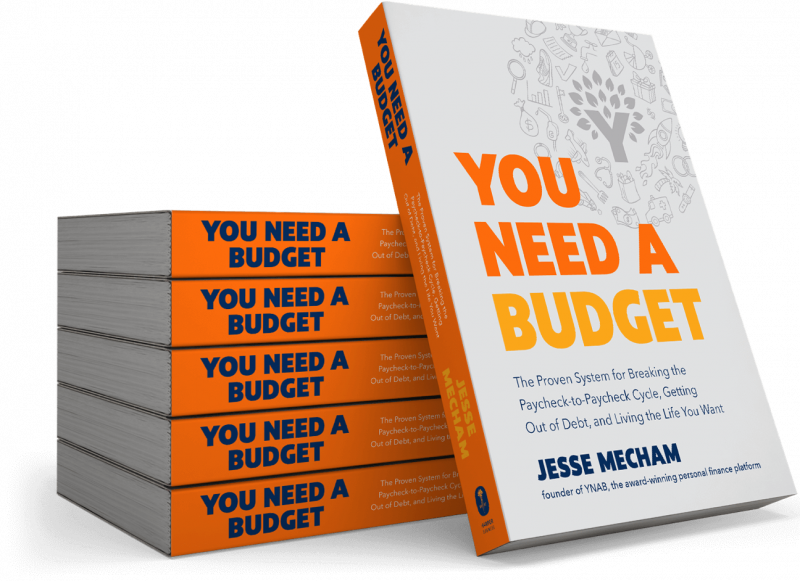 Jesse Mecham explains his financial rules in his new book.

He was so impressed with how well his system worked that he started marketing his spreadsheet to supplement his income. “I thought maybe I could sell this spreadsheet that I built that’s been working fairly well for us online, and the rest is history,” he said.

Today, Mecham oversees a business with nearly 60 employees, including software designers, educators, marketing specialists, developers, and customer support representatives. He said the secret to his site’s success is providing copious amounts of free education — including 150 webinars a week — and selling access to the budgeting software.

Mecham’s first rule is straightforward: Give every dollar a job. “The idea is that we decide first what we want our money to do, and then — I know this is going to blow your mind — we have our money do that thing,” Mecham told booksellers.

That doesn’t mean being draconian about spending, Mecham noted, because sometimes the dollar’s job is to buy something that brings the spender happiness.

He learned that lesson early on, when he was so vigorous with budgeting that he even eschewed a 50-cent doughnut he spied in a bakery window on his daily walk. The austerity was making him miserable, so he and his wife agreed to allow each other $5 a month for fun money.

“When people first get started on their budgeting, they are like, ‘everything has to be perfect.’ But it does not work that way; you have to build in the breathing room,” he said. “It helps you sustain it.”

What budgeting does help the spender resist are random purchases like a vending machine drink, renewing a magazine subscription without reflecting on whether it was read every month, or going for drinks with a friend without seeing if there is any spare cash for such pursuits.

Not a fan of credit cards or spending future earnings before they land in the bank, Mecham advised booksellers to use only the cash they have on hand until their next payday.

Knowing what that cash is intended for is the first step, he said, whether you need to fill up your gas tank or buy a cartful of groceries.

“You’ll feel better about things just knowing that’s what this money is for,” Mecham said. “Whether it’s $300 or $30,000, it’s the same exact exercise. What should this money do before I’m paid again? When we do that with people, no matter where they are starting, they feel a little better about the situation. It’s no quick fix, but they suddenly feel a little less stress and a little more control, and that’s exactly what we want. And the next time money lands, the next time you’re paid, the next time you take a distribution, it’s the same thing: What does this money need to do before I’m paid again? When you do that, you are giving every single one of those dollars jobs.”

“Instead of having a pile of bills waiting for money to arrive, we’re going to flip it around and, you’ll have a pile of money waiting for bills to land,” Mecham said.

Even the most assiduous budgeter will experience unexpected expenses, whether it’s car repairs or out-of-town family visiting, and it’s important to be flexible. The third rule — roll with the punches — means recalibrating the budget to allow for life’s vicissitudes.

Skip that clothing shopping trip and put the money toward the family visit, for example. Or, if the water heater breaks, that might mean pulling out money set aside for another goal. “You’re thinking about the future — those big expenses — so you won’t slowly accumulate the debt,” he said. “You’re getting ahead of the game.”

A key benefit of budgeting is that when it is time to splurge on a treat, you don’t feel regret, Mecham said, which happens too often to people whose finances are disorganized.

“When you do have some money and finally want to spend it, you feel guilty after, or you second guess it like crazy,” he said. “The best way to get rid of the guilt that comes with spending is to decide beforehand what you want. Don’t feel guilty for using your money sometimes for things that make you happy.”

Finally, Mecham advised booksellers to build up enough of a financial buffer that money isn’t going out the door the same day it comes in. “Age your money,” Mecham said. “If you can get to where you spend money you earned about 30 days ago, you’re starting to feel really good, and that’s what we try to get people to do.”

Mecham said the rule applies to businesses as well as individuals. “Imagine you had the money to run weekly payroll 30 days ago, 45 days ago,” he said. “You can work toward that over time.”