What Books Are ABA Staff Gifting This Year?

This year, Bookselling This Week surveyed the staff of the American Booksellers Association to find out what books and non-book items they are giving as gifts this holiday season. Here are their answers (names in alphabetical order): 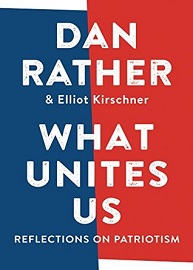 What I’m giving: I watched the Dan Rather conversation last week with my mom, and she loved the virtual event, so I’m gifting her a copy of What Unites Us: Reflections on Patriotism (Algonquin Books).

What I’m giving: I’ll be gifting Well Met by Jen DeLuca (Berkley) and The Empress of Salt and Fortune by Nghi Vo (Tor.com).

What I’m giving: I am gifting some coloring books I got from Sparta Books in New Jersey. 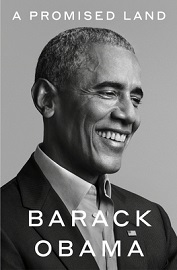 What I’m giving: The Promised Land by Barack Obama (Crown); books with unreliable narrators; education books on gender identity and theory; and a leatherbound journal. I’m also sending the younger ones in my family an unlabeled gift card with $10 to various indie bookstores across the country. I’m giving them a list of clues that relate to the store so they have to go online, learn about a local store, and then use their gift card to support them. It’ll (hopefully) be fun!

What I’m giving: Sometimes You Have to Lie: The Life and Times of Louise Fitzhugh, Renegade Author of Harriet the Spy by Leslie Brody (Seal Press); The Assassin’s Cloak: An Anthology of the World’s Greatest Diarists (Canongate Books); and this “Change is Good” coin pouch.

What I’m giving: I’m buying from stores across the country as family is near and far and the readers have wide-ranging tastes. Here’s a sampling: Homeland Elegies by Ayad Akhtar (Little, Brown and Company), a book I loved and am giving to more than one; Wintering: The Power of Rest and Retreat in Difficult Times by Katherine May (Riverhead Books); Blacktop Wasteland by S.A. Crosby (Flatiron Books); The Erratics by Vicki LaVeau-Harvie (Finch Publishing); Earthlings by Sayaka Murata (Granta Books); Sea Wife by Amity Gaige (Knopf); Group: How One Therapist and a Group of Strangers Saved My Life by Christie Tate (Avid Reader Press); Men to Avoid in Art and Life by Nicole Terigni (Chronicle Books); A Year in the Art World by Mattew Israel (Thames Hudson); What Is Culture For? by Alain de Botton (The School of Life Press); The MeatEater Guide to Wilderness Skills and Survival by Steven Rinella (Random House); The Evening and the Morning by Ken Follett (Viking); The Thursday Murder Club by Richard Osman (Penguin); Leave the World Behind by Rumaan Alam (Ecco); A Deadly Education by Naomi Novik (Del Rey Books); This Isn’t Happening by Steven Hyden (Hachette Books); The Searcher by Tana French (Viking); Black Sun by Rebecca Roanhorse (Saga Press); the complete available set of Avatar: The Last Airbender by Gene Luen Yang and others (Dark Horse Books); The Stormlight Archive Books 1-4 by Brandon Sanderson (Tor Books); and I’ll be buying more copies of Danny Caine’s How to Resist Amazon and Why for my almost-16-year-old grandson, who read it and wants copies to give to all of his friends! 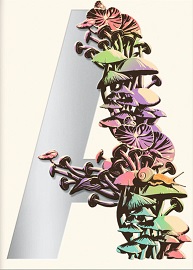 What I’m giving: Each year I gift at least one person a copy of The Miraculous Journey of Edward Tulane by Kate DiCamillo (Candlewick Press). I won’t say to whom, but they should be getting it from their local indie very soon.

I am very excited that my partner had an extensive holiday wishlist of books. A few of the titles they will be getting are Ernest Cline’s Ready Player Two (Ballantine Books), the new Brandon Sanderson tome Rhythm of War (Tor Books), and Jeff VanderMeer’s Ambergris (MCD) (but that might really be for me).

An ABA member store that also sells toys was essential to my gift-buying spree for my niece and nephew (who both have December birthdays!). What I am most excited to give — along with books — is Hearthsong’s Steam Breathing Dragon. Confession: I kind of want one.

What I’m giving: Several folks on my list are getting bookstore T-shirts. For some, I’m buying them from stores close to the recipient as a nod to supporting their local economy. For others, I’m buying them from far-flung locations to help broaden their world a little while we’re all stuck at home.

What Unites Us: Reflections on Patriotism (Algonquin Books) by Dan Rather narrated by Rather (!) on audio, for my 80-year-old veteran/Texan dad.

A Promised Land by Barack Obama (Crown). I’m reading it now and I look forward to the day ending so I can pick it up again each day. It’s so good. This is for my college roommate’s 20-year-old daughter, who’s running for office and may someday be president.

The Dude and the Zen Master by Jeff Bridges and Bernie Glassman (Blue Rider Press) — for everybody. This book is seven years old and I’ve read it a few times over the years, but during the pandemic this quiet, quirky book about Buddhism, connection, and friendship has been a comfort.

What I’m giving: This holiday season, everyone is getting socks from Blue Q. Literally everyone. They’re a business that’s local to where we live, they sell really fun merchandise at many of the bookstores in the area, and who doesn’t love a pair of colorful socks with the occasional curse word? Also, they’re lightweight and easy to mail for a socially distanced holiday celebration. 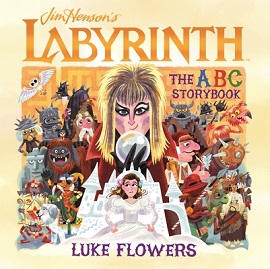 What I’m giving: I recently watched the 1986 fantasy movie Labyrinth with my two sons, who are also now fans of the classic (proud parenting moment). So for my almost-five-year-old, I’m gifting him Labyrinth: The ABC Storybook by Luke Flowers (Imprint). For my Mets-obsessed husband, he’s getting an autographed memoir, The Captain by David Wright and Anthony DiComo (Dutton). And for my politically passionate dad, I had to get him none other than What Unites Us: Reflections on Patriotism by Dan Rather and Elliot Kirschner (Algonquin Books). 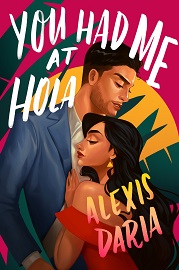 What I’m giving: I included a copy of You Had Me at Hola by Alexis Daria (Avon) in my ABA secret elf gift this year, and a few friends are getting gift cards to their local indies.

What I’m giving: As I believe most people need some cheering up this holiday season, I’m gifting copies of Is This Anything? by Jerry Seinfeld (Simon & Schuster) and A Wealth of Pigeons: A Cartoon Collection by Steve Martin and Harry Bliss (Celadon).

What I’m giving: I just did several of Kibuishi’s Amulet books (Graphix) for our local kids’ gift drive.

I’m also giving Breaking Ground: Architecture by Women by Jane Hall (Phaidon Press) to my aunt, who is, you guessed it, an architect. We’re giving a bunch of art supplies to our daughters, and our main source is our local bookstore. They draw and paint at least a dozen pictures a day.

And I sent my sister Unraveling by Karen Lord (Daw Books), since, like me, she enjoys unique sci-fi/fantasy that draws from other cultures’ mythology rather than the standard Tolkein-esque that’s so common. 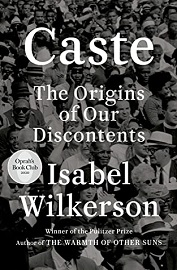 What I’m giving: Like many folks, I won’t be seeing my family this Christmas, seeing as how we don’t all live in the same state and travel is ill-advised. So I did my shopping early, many thanks to the various ABA member stores who were able to get me all these titles. And now for all the wrapping and shipping. 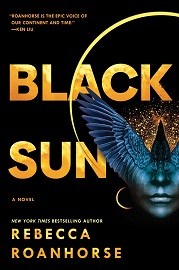 And to accompany all: bookish face masks from Out of Print (proceeds from which go to supporting Binc!).

What I’m giving: My third-grade son is a voracious reader and discovered Carole Marsh's Real Kids, Real Places mystery series (Gallopade) while on vacation two summers ago and has been collecting them ever since. He must have 10 all together by now, re-reads them regularly, and has learned so much about the history of different parts of the country and the world, so this Christmas he’ll be super excited to find three new titles under the tree. My daughter is in kindergarten, also loves books, and is just learning to read on her own. Along with her brother she really got into Star Wars this year, so Santa’s going to bring her three level one books from Disney’s Star Wars: World of Reading series.