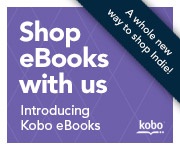 As ABA members began receiving their shipments of Kobo eReaders earlier this month, a number of stores launched creative and personalized promotions to spread the word to customers. By using materials found in the Bookseller DIY and on the Kobo Resources page on BookWeb.org, along with a bit of ingenuity, booksellers are advertising their ability to sell Kobo eBooks and eReaders in unique ways. 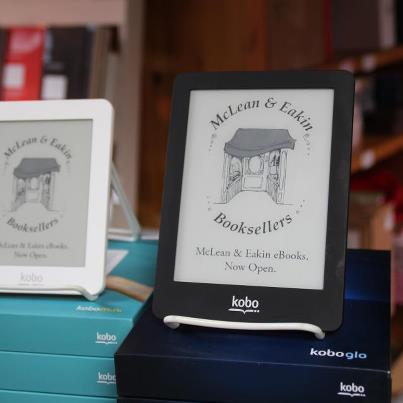 Store co-owner Matt Norcross personalized the Kobo on display at McLean & Eakin Booksellers in Petoskey, Michigan. To create a branded effect, Norcross uploaded a PDF of the store’s logo along with the text “McLean & Eakin eBooks. Now Open.” onto the display device. He also uploaded a second PDF featuring reasons to buy an eReader and eBooks from his store, so that customers testing out the device would be able to scroll through a list of benefits.

In a newsletter to its customers, Green Apple Books in San Francisco, California, provided a thorough explanation of Kobo’s benefits as well as detailed instructions on how to purchase eBooks from the store. Customers were told that that they could purchase eBooks from Green Apple in two ways: Without buying a device, through the free Kobo app for iPad/iPhone, Android devices, Nook, and Sony e-readers. Alternatively, the newsletter described the features of Kobo’s line of eReaders and encouraged customers to check out the demo units in the store or to purchase one online. 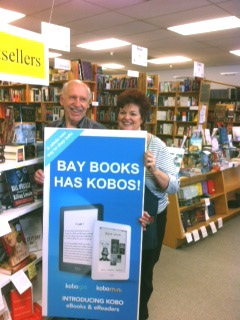 Rich Van Tassell, president of Bay Books in San Ramon, California, started his promotion of Kobo eBooks and eReaders with a poster from the Bookseller DIY that he personalized for his store. After burning the DIY image to a CD, Van Tassell took it to Office Depot, where generic text was replaced with the line “Bay Books Has Kobos!” The poster was then enlarged to create a very visible window display.

And, of course, many other booksellers are featuring their ability to sell Kobo eBooks and eReaders on their websites. Among them is Dragonwings Bookstore in Waupaca, Wisconsin, which is telling customers: “Shortly, we will be linking our reviewed books on this site to their e-book counterparts, too. Kobo offers lots of great deals and discounts. They have the largest e-book selection in the world (bigger than you know who) and more than a million free books. They can be read on nearly any device (except Kindles), including iPhones, iPads, Nooks, etc. However, we recommend that you consider the Kobo eReaders. We have demo Kobos at Dragonwings. Come in and take a look.”

Village Books in Bellingham, Washington, is also among the many stores taking advantage of Kobo’s Two-Day Sale on the Kobo Mini. Village Books is actively promoting the sale, as well as a free download of The Art Forger (Algonquin) in store e-mails and on its IndieCommerce website. Of the two-day Mini sale, Village Books told customers that it shows “you how much we support these eReaders.” ABA member stores that sell the Mini for $49 during the two-day promotion will receive a $30 rebate for each Kobo Mini sold.