Ruth Greenstein, publisher of Turtle Point, told Bookselling This Week that she seeks out books that will “delight” readers. “We want to publish books that are pleasurable and fresh,” she said. “When people ask what I’m looking for when I acquire a book, it’s...language that sparkles and seems different to me. I don’t want to read stories that I’ve heard before in language that I’ve seen before — I want something different.”

This means publishing books from cultures and subcultures she isn’t personally familiar with, Greenstein added, noting that as a young editor, the first book she fell in love with and wanted to acquire was a novel on the Flamenco world. (She edited and titled the work, Returning to A, which was finally published by City Lights). “It’s also important to me that the books will sell,” she said. “There are micro-presses, but we’re not at all that. We’re publishing a small list [of about four titles each season] and we need authors that can carry their weight.” 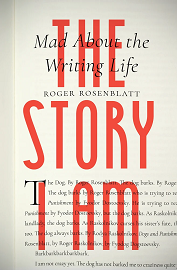 While Greenstein is excited about all the books her press is publishing this year, she told BTW about two in particular, including The Story I Am: Mad About the Writing Life by Roger Rosenblatt, which was released in April. “It’s all about writing, what it’s like to live the writer’s life, and [Rosenblatt’s] passion for being a writer,” Greenstein said, noting that the book is a collection of unpublished and previously published essays, as well as excerpts from novels and plays.

This June, Turtle Point will also publish Island of the Innocent: A Consideration of the Book of Job by Diane Glancy, which is a poetic and dramatic narrative exploring the mystery surrounding the Book of Job and the suffering of Native Americans in parallel with the suffering of Job. “Diane is someone I’ve worked with over the years,” said Greenstein. “At Harcourt I acquired her book Pushing the Bear: A Novel of the Trail of Tears, which Publishers Weekly named one of ten essential Native American novels.”

“Both of these authors are nearly 80 years old,” Greenstein added. “They’re accomplished, have published tons of books, and they’re exceptional writers. These titles are indicative of the kinds of books and writers I want to publish, which are those that stand the test of time.”

Books at Turtle Point are carefully selected, she added, noting that new authors are taken on because the press “believes they belong in the [literary] canon.” The press primarily finds new writers through word of mouth. “We also have a pretty sizable stable of authors, so we’re always seeing their next manuscripts,” she said.

Introduced during the holiday season, Turtle Point launched the Divining Poets Quotable Deck Series; the decks are 78 cards with quotes and artwork that come in a cigar-like box that includes a display stand. First in the series, Greenstein noted, were Emily Dickinson, edited by David Trinidad, and Rumi, edited by Brad Gooch. William Blake, Walt Whitman, and William Butler Yeats decks are on the horizon.

Some of Turtle Point’s leading authors include Edward J. Delaney, who wrote Broken Irish, the press’ top selling fiction title. Delaney is “super literary, but also crosses over to a more popular sensibility,” Greenstein said, adding that Broken Irish was optioned for film. Delaney also recently published The Big Impossible, a collection of novellas and stories, with the press. 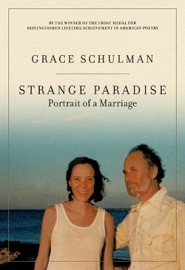 Grace Schulman and Richard Howard are some of Turtle Point’s other leading writers. The press recently published Schulman’s memoir, Strange Paradise: A Portrait of a Marriage, which explored Schulman’s grief over the loss of her husband.

This spring, Turtle Point will also launch a new series called Joan Books — named after the press’ popular 1996 publication Joan of Arc: In Her Own Words — which will highlight the experiences, insights, and wisdom of adventurous women through novels, memoir, and poetry. It will include titles by Diane Glancy, Katharine Coles, and, of course, Joan of Arc herself.

Greenstein also told BTW that she “adores indie bookstores,” noting that she regularly visits her local bookstores — Greenlight, WORD, McNally Jackson, and Strand — with a large bag full of galleys for buyers to peruse, in addition to attending industry events such as Winter Institute.