Restless Books, based in Brooklyn, New York, publishes international works of fiction, journalism, memoirs, travel writing, and illustrated books “that reflect the restlessness of our multiform lives.” Bookselling This Week recently spoke with Nathan Rostron, who oversees marketing, publicity, sales, and distribution for the company.

“The diet of American readers tends to be pretty monochromatic and mainstream; it’s very easy for us to live in a parochial bubble and never look outside of our own small spheres, but I do think there is also a tendency to be restless, to not think that that kind of received culture is enough. Americans are very curious; we want to shake things up and look outside,” Rostron said. “Our mission at Restless Books speaks to that sense, that there’s probably more to be found if you just look beyond your own borders a little bit.”

Founded in 2013 by Ilan Stavans and Joshua Ellison as a publisher of international literature in e-book form, with a focus on Jewish and Latin American writing, Restless now publishes about 18 print books a year by authors originating from Asia to the Americas to the Middle East. The company partners with Simon & Schuster for international distribution through Reagan Arts, according to Rostron, who joined Restless Books from Little, Brown’s editorial department in February 2014 and previously helped launch the book discovery website Bookish.

“We now distribute our books all around the world and that’s been really satisfying,” Rostron said. “We haven’t regretted moving from digital-only to print publishing for a single second. It’s better in every way.”

Restless Books recently awarded its inaugural Prize for New Immigrant Writing, which includes a $10,000 prize and a publication deal to a first-time first-generation American writer, to Deepak Unnikrishnan, an Indian immigrant from Abu Dhabi who is now based in Chicago, for his novel Temporary People. Restless’s publisher, Stavans, the current Lewis-Sebring Professor in Latin American and Latino Culture at Amherst College and a Mexican immigrant, and Ellison, who founded the Diaspora literary magazine Habitus and now serves as the press’s executive editor, are committed to making immigration a special focus of the Restless list, Rostron said. 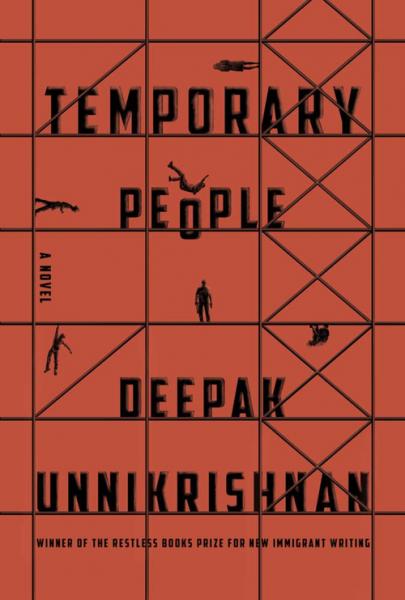 Temporary People is a book of interlinked short stories about the lives of immigrant workers in the United Arab Emirates, who comprise about 90 percent of the population but lack the basic rights afforded by citizenship. “While you might expect that this story would be bleak, it is quite the opposite. Unnikrishnan has got this crazy imagination akin to Salman Rushdie or George Saunders, that is very satirical, very surreal almost, in his approach to this very real problem,” said Rostron. “The book, which comes out in March 2017, was selected by ABA as an Indies Introduce pick and that was super thrilling for us. It was the very first book we submitted to Indies Introduce, so we were totally stoked that it got selected. Deepak is looking forward to being at the Winter Institute, and we can’t wait to introduce him to booksellers in January.”

Also in January, Restless will begin a crowdfunding campaign on Kickstarter to help launch Yonder: Restless Books for Young Readers, a new imprint devoted to books from around the globe for children, middle-graders, and young adults. The first book from Yonder is a middle grade novel about a book that gives its readers terrifying powers: The Wild Book by Mexican author Juan Villoro, whose book of essays on soccer, God Is Round, was published by Restless last year.

Next month, Restless Books will also undergo a major change when it switches over to a nonprofit model beginning January 1, said Rostron.

“As a publisher we are still pretty new so we haven’t yet had those tent-pole successes. The nonprofit move seemed like a way both to help us succeed and also double down on our mission and focus,” said Rostron. “We’ll have to learn an entire new vocabulary and way of doing business, but we’re excited about it.”

In the coming months, Restless will be releasing new novels, journalism, memoirs, and essays from Poland, Mexico, Brazil, Madagascar, Cuba, Albania, Chile, Iran, and Argentina. A new edition of the foundational work on race and sociology, The Souls of Black Folk by W.E.B. Du Bois, will be released in February 2017, in honor of Black History Month. In April 2017, Restless will publish its first book-length work of journalism, History of a Disappearance, by Polish journalist Filip Springer, “which looks at one small town in Poland over the years to tell the story of the 20th century in central Europe in this really compelling way,” Rostron said. 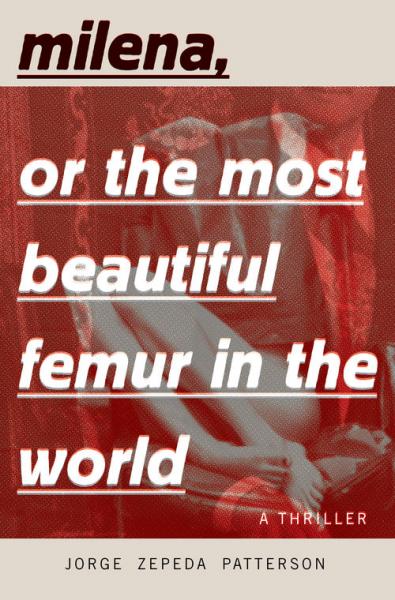 In May 2017, Restless Books will publish its first thriller: Milena, or The Most Beautiful Femur in the World by journalist Jorge Zepeda Patterson, who has been reporting on Mexican politics and governmental corruption for the last 20 years. Rostron described Milena as “a proper big, pulpy, meaty thriller” that deals with international sex trafficking and politicians who manipulate the traditional media.

“It’s going to be really fun to publish our first thriller/genre novel. People love to use the word ‘literary thriller’ to kind of excuse the fact that you are publishing a thriller. This is definitely a thriller, but I think it’s a very well-written and very intelligent thriller,” said Rostron.

The Restless Books list is currently around 70/30 fiction/nonfiction, but Rostron said the press is working to make the breakdown closer to 50/50.

“At this point, Restless is established enough that we get a lot of submissions directly from agents in the traditional way,” said Rostron, “but I would say that we have a very strong network of translators and translators are their own sort of literary mafia. They all know each other and they are always networking and figuring out what projects should go to which publishers, so a lot of our books are coming directly from our translator contacts. What we also love to do is, instead of just deciding which book we want to publish, ask a translator we really respect, what are the books from a particular region that we should be considering?”

Marketing to independent bookstores is a huge part of the company’s program these days, said Rostron, who attends ABA’s Winter Institute each year to meet with indie booksellers. He most recently attended the fall regional conferences of the New England and Northern California independent booksellers associations.

“Next year we’re hoping to go to more. Regional shows are always such a wonderful opportunity to meet the people who are your real advocates out there in the field,” Rostron said. “That part of my job as director of marketing has really been one of the most gratifying.”

Among the successes during Restless’ short history are the personal-essay series The Face, in which a diverse group of writers offers perspectives on race, culture, identity, and the human experience as encoded in their faces. The series features contributions by Ruth Ozeki, Chris Abani, and Tash Aw. Another success is Restless Classics, an interactive series of great books from the past with original artwork and fresh introductions, each with a linked online video teaching series.

A critical and popular success is Where the Bird Sings Best, a semi-autobiographical epic novel by cult film director and self-described “psycho-magical guru” Alejandro Jodorosky, which tells the story of his family’s emigration from the Ukraine to Chile amidst the political and cultural upheavals of the 19th and 20th centuries. Where the Bird Sings Best was named one of the Best Books of 2015 by NPR. Rostron also pointed to the success of Captivity by György Spiró, a 1,000-page Hungarian historical novel about Roman Jews in the time of Christ, and two books by Cuban science fiction author Yoss: Super Extra Grande, named to the Kirkus’ Best Fiction of 2016 list, and the short story collection A Planet for Rent. 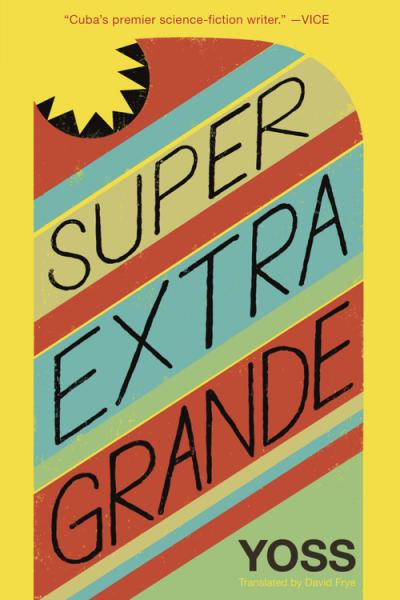 “I would say that books in translation or books by international authors don’t have the same kind of off-putting factor that they might once have had,” Rostron added, noting the rising popularity of Elena Ferrante and Karl Knaussgaard over the last few years. “It really feels like international literature is having a moment. I don’t think people are held back by that now in the same way that they were. It’s not feeling gutsy anymore to publish books in translation; it doesn’t feel academic or obscure or incomprehensible, it feels like part of the world people might be curious about. I would say that one of the things that defines our publication strategy is to go for the thing that sounds a little bit too weird or challenging for a mainstream publisher.”