A Q&A With Tara Westover, Author of the #1 March Indie Next List Pick

Indie booksellers have selected Educated: A Memoir (Random House), the debut from Tara Westover, as their top pick for the March Indie Next List. 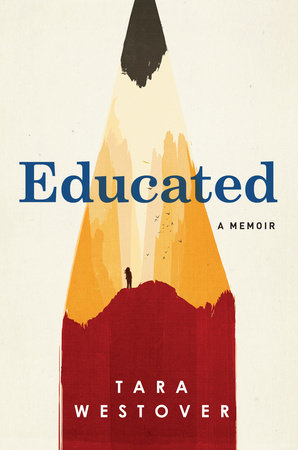 In Educated, a Winter/Spring 2018 Indies Introduce selection and one of The New York Times Book Review’s “Must-Know Literary Events of 2018,” Westover writes of her Mormon childhood living off the grid on a mountain in rural Idaho. Her highly religious, survivalist father didn’t believe in public education or modern medicine, so as a child she never set foot in a classroom, and any injuries sustained working alongside her six siblings in a dangerous scrapyard were treated by her mother, a self-taught midwife and herbalist. Despite Westover’s unorthodox upbringing and the violence that pervaded her house, she managed to teach herself enough to take the ACTs and left home for Brigham Young University at age 17.

“Tara Westover is barely 30. Could she really write a necessary and timely memoir already? Absolutely,” said Emilie Sommer of East City Bookshop in Washington, D.C. “Educated is a testament to Tara’s brilliance and tenacity, a bittersweet rendering of how family relationships can be cruel or life-saving, and a truly great read from the first page to the last.” 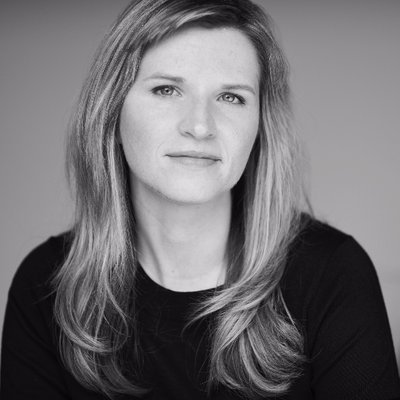 Bookselling This Week and Sarah Bumstead, a bookseller at Vroman’s Bookstore in Pasadena, California, who served on the Indies Introduce panel that chose Educated, recently talked with Westover about her book.

Sarah Bumstead: Family dynamics are tricky —  what’s absolutely normal to a member of a family can seem bizarre to a visitor. You had a deeply unconventional upbringing, but when did it actually begin to seem that way to you?

Tara Westover: I think I always knew that it was unconventional because my family took a lot of pride in being unconventional. We didn’t go to school and I knew other people who didn’t go to school, and we were a bit odd for not going, but I really thought that we were correct. I thought that we were doing the right thing and that other people were making a mistake. It took me quite a while to come to terms with that.

I think it was easier for me to see my family as dysfunctional through my brother’s violent behavior and the silence with that. It took me much longer to see dysfunction in other aspects of my upbringing, like the injuries at the scrapyard. I was well into writing the book, I would say, before I had any kind of perspective on that.

Sarah Bumstead: What inspired you to write about your experience?

TW: I’ve had a lot of moments where people have said to me I needed to write a book, and I always pulled away from it. After I finished my PhD, there was a long time where I thought I would write a book just about my education because I had this kind of unusual educational experience. It took me a long time to realize that the story of my education and the story of my family were essentially the same story, and that I couldn’t really tell either one of them without telling the other. If I hadn’t left the mountain and tried to get an education, I think things with my family would have gone very differently.

Sarah Bumstead: How did writing the story of your upbringing influence, shift, or alter your perspective of it?

TW: It made me remember the good things about my life and the things that I missed about my upbringing and my childhood. When I started writing this, I had a firm grasp on the abuse in my family, the violence in my family, the denial, the gaslighting, and all the reasons why I couldn’t go back. And what I hadn’t come to terms with as much were the good things in my childhood. Those ended up being a lot harder to write about. I thought that it would be harder to write the traumatic memories, and it really wasn’t, because I felt very far from that. I felt like a very different person than the person I had been when all that happened. But it was hard to write about the things about my childhood that I missed the most, like my mother and the way that she looked when she was doing tinctures, or the beauty of the mountain in the wintertime — things like that were really hard to think about.

Bookselling This Week: Was writing the book an emotional journey for you?

TW: Certainly, yes. I had never written narrative before. I had learned academic writing and I’d never written a word of a story in my life, so I was a bit disappointed to discover that the writing skills that you need for academic writing did not translate at all to narrative writing. I spent about four months just trying to teach myself how to write. I did that through short stories, through the New Yorker Fiction podcast, through grammar and sentence structure lessons online. After about four months, I started producing work that I thought wasn’t dreadful (because before that it was dreadful), and then I spent about eight months writing the book.

My parents said to us often, you can teach yourself something better than anyone else can teach it to you. They probably took that principle a bit too far, but I think it is a good one. I’m grateful, in a way, that I was armed with that kind of knowledge. Writers love to mythologize writing, and they like to say it’s something you can’t teach people. I think that’s probably true. I don’t know if writing can be taught, but I’m convinced it can be learned.

Sarah Bumstead: What do you hope readers of Educated will come away with a greater appreciation or better understanding of?

TW: I would never want that responsibility, especially because the book is about family and everyone’s family situation is so different and particular to them and complicated in unique ways. I wanted to write a book, and I wrote it when I was young, about 28, and in a lot of ways the situation of my family was unresolved. It took me a while to realize that what I should do is just write all of that gray area and all of that complexity. I want people to take out of this whatever feels truest to them. I’m quite happy with the idea that someone will read the story and impose whatever meaning on it that feels right to them.

Bookselling This Week: What was the key factor that helped you achieve everything you have achieved in your life so far? Was it mainly your drive and desire? Was it a personal quality of yours, or was it your upbringing?

TW: It’s probably all of those things, but it’s also the help I got along the way. I had a lot of professors intervene in my education and make sure I got what I needed to do well. The first and probably most important intervention was when my brother Tyler came home and said, “This isn’t a good place for you. You need to get out, and I’m going to help you get there.” I don’t think I would have passed the ACT if Tyler hadn’t taken the time to teach me trigonometry. I couldn’t learn it on my own — I was motivated, I was trying, but I just couldn’t do it. So it’s a combination of those things, and I was lucky enough that whenever two of those three factors weren’t enough, there would be some intervention that would provide me with the third.

Bookselling This Week: You wrote about discovering certain thinkers for the first time at college, like Mary Wollstonecraft and John Stuart Mill. What was it like to be introduced to the concepts of feminism for the first time and to recognize the connections with your previous life?

TW: Well, I was at Cambridge the first time I ever met someone who identified as a feminist and I just stared at these two women like they were exotic birds or something. I’d never heard anyone say they were a feminist. At Brigham Young, that was kind of an insult — you wouldn’t ever say that you’re a feminist at BYU. For me, there was something very mysterious about it. I had thought about it as this insulting word, and here were these people who were wearing it like a badge.

I grew up in a culture and a family that had very prescriptive ideas about women. The characteristics of women were very much known — that they were passive, they were nurturing — while other attributes, like ambition and aggression, were very much male attributes. I had always been confused because I often identified with these attributes that I identified as male. Through meeting these two women, I started reading Wollstonecraft and John Stuart Mill, and when I read the line in his work “Of the nature of women nothing final can be known,” that was a powerful moment. It had never been the case for me that the absence of knowledge had made me feel stronger somehow, and this was one case where it felt like not knowing something meant that there were actually a lot of possibilities.

—By Liz Button and Sarah Bumstead