A Q&A With Joshua Henkin, Author of June's Indie Next List Top Pick

Independent booksellers across the country have chosen Morningside Heights by Joshua Henkin (Pantheon) as their top pick for the June 2021 Indie Next List.

Morningside Heights follows Pru Steiner, who, thirty years after marrying her husband, must care for him as he develops early onset Alzheimer’s disease. With her daughter away at medical school, Pru’s on her own—until she meets a man and the possibility of new romance blooms, and her husband’s estranged son from his first marriage comes back into their lives. 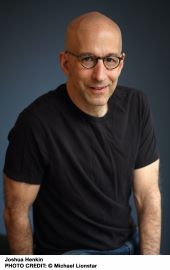 “I loved this book!” said Sarah Fox, Titcomb’s Bookshop, East Sandwich, Massachusetts. “The writing is beautiful, and the character development is phenomenal. I was moved by all of the characters in the story, but quirky Arlo stands out as a favorite. I also shed a few tears, so this book has it all. It’s a winner with so much heart! I highly recommend it.”

Bookselling This Week: Where did the idea for Morningside Heights come from?

Joshua Henkin: Like Spence, my father was a professor at Columbia, and he, too, developed dementia, though much later in life than Spence did. When my father was sick, my mother started going to a class for caregivers at the Jewish Community Center, which I found really poignant. My mother is very much not a consorting-with-strangers kind of person, and it felt illustrative of how bad things had gotten that she’d go to a class like that for help.

BTW: Can you talk about your writing process? What was working on this book like for you?

JH: It took me eight years to write Morningside Heights. I wrote three thousand pages and then found the book inside all that mess. There were hundreds of drafts along the way. You can’t write fiction if you’re not compulsive. I have my MFA students keep track of their writing hours, and I do the same thing. I keep a calendar with how many hours and minutes I write each day, and on a day when I don’t write anything, there’s a big fat zero next to that day to remind me of all the writing I didn’t get done.

BTW: How did you come up with the character Pru Steiner?

JH: I was interested in writing about a woman who essentially gives up her career for her husband. This happened fairly often, certainly in the 1960s and 1970s when Pru and Spence were coming of age, but what made Pru’s situation particularly interesting to me was that she was quite successful in her own right — she graduated from Yale and started a Ph.D. in English literature — then took a route she hadn’t anticipated. 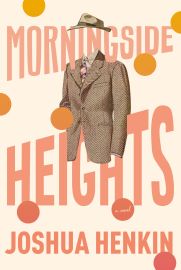 JH: Thousands of details have been invented — this is fiction, after all — but Spence is fundamentally, to his very marrow, my father.

BTW: The development of Pru and Spence’s relationship is set against a backdrop of books and Shakespeare. Why situate them in this world?

JH: Because it’s a world I know well. I grew up on the Upper West Side of Manhattan, but I went to school on the Upper East Side, at a time when there was still a meaningful distinction between the Upper West Side and the Upper East Side. My friends had TVs in every room of the house. My family, on the other hand, kept its single black-and-white TV in the closet, and my parents brought it out, reluctantly, for certain PBS specials. We had bookshelves in every room of our apartment. When I was in seventh grade, our teacher had us count all the books in our homes, and I had more than the rest of the class combined. I wasn’t sure whether to be proud or embarrassed.

JH: I was interested in exploring what it’s like for an accomplished woman to hitch her star to an acclaimed professor and what happens when the source of that acclaim — her husband’s brain — starts to fail him. Pru’s sense of self is intimately connected to Spence’s success, so when he loses his sense of self, she loses her sense of self, too.

BTW: Something this book explores is the often difficult transition family members must make when they become caretakers for their loved ones. Why center the narrative on this?

JH: I’m interested in drawing characters over the long haul, and marriage — at least ideally — is a long-haul enterprise. And over the course of a long marriage, things happen that you can’t anticipate, sickness among them. The challenge of writing a novel about Alzheimer’s is that, at least as things stand medically, there’s no tension in what’s going to happen to the character with the disease. The tension has to come from what the characters who don’t have Alzheimer’s do — the characters who know and love Spence and how they accommodate to (and in some cases don’t accommodate to) his illness.

JH: I buy all my books from indie bookstores. You want to be around people who know about books, to whom it’s not just widgets they’re selling. My father, when he was alive, stocked his coursebooks at the independent bookstore in Morningside Heights, and my brother worked at an independent bookstore for years, so it’s in the blood. When I was an MFA student, I probably spent more time at the local independent bookstore in downtown Ann Arbor than I did in fiction workshop. I seemed to think that if I placed myself in proximity to books I’d write one by osmosis. It was only when I realized that I actually had to write the book that I convinced myself to go home.