A Q&A With Jacqueline Woodson, Author of October’s #1 Indie Next List Pick

Booksellers across the country have chosen Red at the Bone, the new adult novel by Jacqueline Woodson (Riverhead), as their number-one pick on the October Indie Next List. 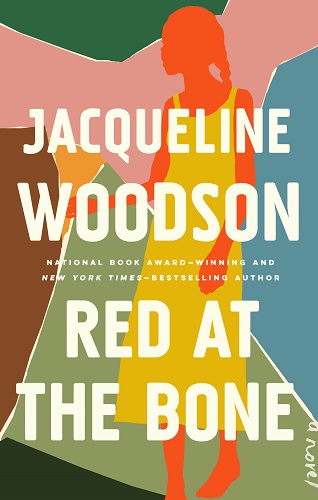 Red at the Bone opens in 2001 on the evening of 16-year-old Melody’s coming-of-age ceremony in her grandparents’ Brooklyn brownstone. She is wearing a dress that had been measured and sewn for her mother, Iris, whose ceremony was canceled when she became pregnant. The book then jumps backward in time to tell the stories of Melody’s parents and grandparents, examining the role of history and community on two African American families of different social classes brought together by this pregnancy, all while exploring issues of sexual desire and identity, ambition, gentrification, education, and parenthood.

“Although you can read Jacqueline Woodson’s newest novel over the course of one evening, there is nothing breezy about the richness of its story, nothing short about the depth of its characters, nothing quick about the way this book stays with you after you finish reading,” said Kelly Brown of Magic City Books in Tulsa, Oklahoma. “Told through five distinct voices, Red at the Bone tracks an African-American family through time and place as an unexpected pregnancy upends and reshapes family and class expectations as well as individual trajectories. Ultimately, the novel is about legacy in every sense of the word. And since Woodson’s writing packs the emotional punch of an epic in a novella number of pages, the legacy of her book is to be read over and over and over again.”

Bookselling This Week: Where did the idea for the book originate?

Jacqueline Woodson: The impetus for it, one of them, was the Tulsa race massacre in 1921, and the fact that I didn’t learn about it until I was much older. That was pretty surprising given what a deep part of history it is and how important it was in terms of the black middle class, trying to make a way for ourselves after enslavement, after the little bit of Reconstruction we had, and after the Jim Crow laws came into effect. Here was this really thriving black middle class and upper middle class community that basically got destroyed, so I was thinking about the legacy of that and the generations coming after that and what we hold onto. 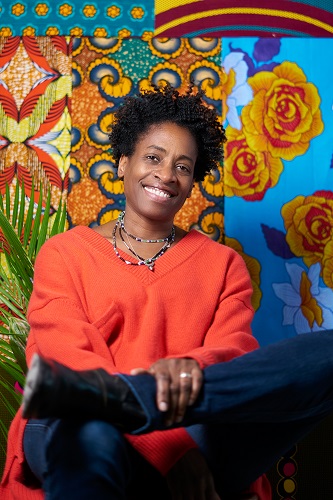 This was the grandmother’s, Sabe’s, history, and so it became all of their histories. She tried to pass it down to Iris and then on to Melody so that they knew that history and they knew what she was holding onto, not just economically but emotionally.

BTW: The book doesn’t put the onus on Melody to have compassion for that history; it’s clear that she has been allowed to become her own person. But after learning Iris’ story, the reader gains empathy for her character as well. Was it important to you to let the reader make their own judgments about the characters?

JW: Yes, I think it’s easy for a writer to produce a one-sided story for the sake of trying to get a plot point across or a narrative across that is their own belief system. I think humans are complicated and we have all of these different ways in which we come to be who we are as adults, and I do think that one of a writer’s deep responsibilities is to look at a world, character, a situation without judgment, but so that what you recreate for the reader is a vehicle for their own gaze. I think just showing one side to Iris would have been kind of cheating the narrative and cheating the characters out of their full history.

BTW: In the book, you break up the narrative into different characters’ first person perspectives, but you do not label the chapters with names. The reader really has to be following along to know who’s talking. Was that your intention?

JW: Yeah, I like when the reader works. I do think it’s easy, especially with a book that looks “short” the way Red at the Bone does, for the reader to race through it, and I do think it’s about listening. I love a book that pretty much plays with all your senses, and you really have to take your time with Red at the Bone to follow the narrative. I kind of made a choice not to make it into this linear story that started out in chapter one with Iris and Aubrey meeting, and then their life going into this narrative arc from 1921 to 2001 or wherever it ended up; I thought that would be lazy of me and I don’t think that would have made for an interesting story. I also think that’s not how life works. We’re always looking back and looking forward and there is so much that is unknown. And there is so much that we think we know because of our history but that doesn’t make sense until we experience or live something in a way that hearkens back to that history and makes it clearer. So that playing with time is, for me, more realistic of how we exist as human beings.

BTW: You also played with time in your previous novel for adults, Another Brooklyn, going from one moment to another to illustrate a character’s arc. Are your books for young adults more linear?

JW: I do think some of my books for young people are more linear, but it really depends on the book. I think Brown Girl Dreaming, which is a memoir, is very linear; it starts on the day I was born but then it goes back into the history of my grandparents and then back to me. Even Another Brooklyn is more of a looking back. She’s looking back on her childhood and so we see her in her 30s and then she takes us back into her childhood and we stay there. I think Another Brooklyn is a tad more linear than Red at the Bone, but it plays with white space more and plays with silence in that white space more. I think this book moves in time in the way that I use white space to get the reader to slow down and really listen — you’re not where you were in the last chapter so let’s focus, let’s take a breath and figure out where we are, and then be in it.

BTW: One of the book’s overarching themes is the struggle for African Americans to subvert unfair societal expectations by going to college and raising their social class and becoming successful in a world full of barriers to that possibility. Why was it important to you to tell that story?

JW: I really think that it’s an important story; it’s one that is close to my heart, and I also think it’s a story that some people don’t know. I get so frustrated when I hear people who are supposedly liberal or thoughtful or woke say, I don’t understand why black people haven’t gotten further in the 400 years they have been here, without looking at the historical landmarks that have prevented that. Jim Crow prevented that, segregation prevented that, the Tulsa massacre, the Chicago riots, all those things prevented that. Even the Veterans Act, which gave money to veterans to buy homes, prevented that because black people bought homes in areas that were segregated, and that property value went down. So white kids had a better chance at the middle class and economic stability than black kids.

When I started Red at the Bone I really wanted to delve into every part of that history that mattered to land my characters where they landed. And education, or the lack thereof, was a part of that. I think it’s important that we know what we had to do to be able to succeed, everything from where we were able to live to what we did with our money and how we did it so that it didn’t get stolen. It mattered to getting us where we are. And even in that case, there was only a small percentage who were able to do that, who were able to create something more than just income for their children, but to create an inheritance.

BTW: Your book contained references to different types and eras of music, from Prince’s “Darling Nikki” to Kool and the Gang to Thriller, but also Etta James and Errol Garner. Can you talk about the book’s use of music and the connecting force it represents?

JW: I think that’s a really good point, that music is something that connects us; we can’t look at today’s music without looking at the music of the past. We can’t look at rap music without looking at the history of scatting, and we can’t look at rock and roll without looking at jazz or even rhythm and blues. I’m writing about a period that spans from 1921 to 2001, so there were so many histories of music that I could play with and investigate given that this is all the music of their time because their time is a very long period. And whenever I write I listen to music. Basically it allows me to immerse myself in that world, and so I am listening to Etta James and Nina Simone and Wu Tang Clan and Prince depending on the era I’m writing about.

BTW: Are you going on a tour for this book and if so, are you visiting many independent bookstores?

JW: I’m about to start a tour on September 18. I start in Boston and D.C. and then head further out into the world from there. It’s all indie bookstores. That’s where I want to go. Even if I’m in a venue that’s not an independent bookstore, I want an independent bookstore to be the one selling the books there. I just think that you guys are amazing and important, and I think it’s easy for people to go on Amazon without realizing the destruction that causes. So, yes, I will be at a lot of indie bookstores.