A Q&A with Graeme Simsion, Author of October’s #1 Indie Next List Pick, The Rosie Project

Booksellers are singing praises for Graeme Simsion’s debut novel, The Rosie Project (Simon & Schuster), their top pick for the October 2013 Indie Next List. 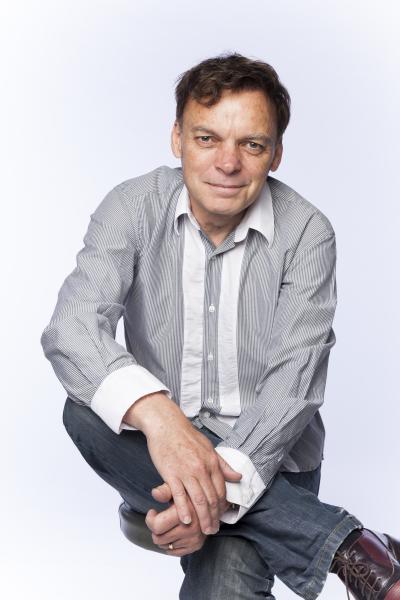 The founder of an information systems consulting business, Simsion was inspired by a book — “literally the book that changed my life,” he says — to turn toward the pursuit of creative endeavors, including screenwriting and, ultimately, the crafting of his bestselling debut novel. The Rosie Project won the 2012 Victorian Premier’s Literary Award for an unpublished manuscript in Australia, Simsion’s home, and caught the attention of publishers worldwide.

The Rosie Project follows the quirky Don Tillman as he searches for his perfect partner — a highly calculated task he calls The Wife Project. When the fiery Rosie enters his life, Don soon becomes enmeshed in the search for her biological father. With plenty of twists and turns, Don and Rosie’s friendship blossoms into something more in a tale that booksellers have described as charming, hilarious, and pitch perfect.

Simsion recently spoke to Bookselling This Week about the winding path that led to him to The Rosie Project and what booksellers can expect from him next. 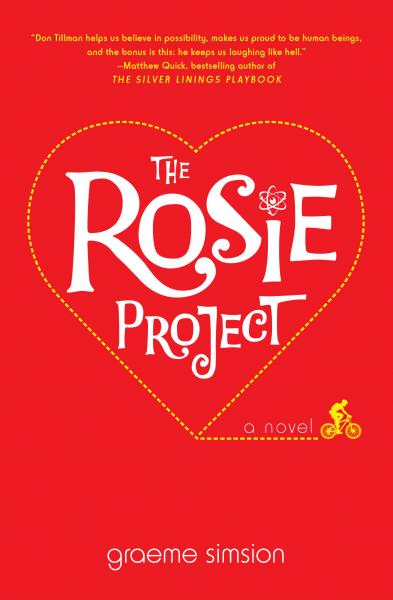 Bookselling This Week: You have accomplished every aspiring writer’s dream: to land at the top of bookseller, librarian, and reviewer favorites lists — internationally, no less — with a first novel. What inspired you to sell your business and become a writer?

Graeme Simsion: I read a book — literally the book that changed my life. It was movie critic Joe Queenan’s The Unkindest Cut, which describes how he made a low-budget feature film. I was inspired to try it myself, and over nine months, with much help from my wife and friends, we made a 90-minute drama called Voluntary Act. It was based on an unpublished manuscript my wife had written, and I adapted it as a screenplay. We cast friends, borrowed equipment, and managed to spend way too much on what turned out to be a pretty mediocre result. But an experienced producer saw it and commented favorably on the screenplay — and a seed was planted.

My initial goal was to learn screenwriting. I didn’t leave my day job, although I did sell my business and reduced my workload. I chose screenwriting because I’d discovered I could do it — I didn’t actually believe I could write a novel. But through a series of steps over five years, aided by what I learned in my screenwriting studies, and drawing on my experience writing nonfiction, I got to a point where I was able to tell Don Tillman’s story in the form of a novel and properly capture his inner voice.

BTW: Where did you come up with the idea for The Rosie Project? How about the characters, particularly the eccentric Don and the lovable and one-of-a-kind Rosie?

GS: Don was inspired by a friend of mine, an information technology colleague, who had struggled to find a partner. When he eventually did get married, his wife became seriously ill and he has had to care for her for more than 20 years. His exceptional loyalty and focused approach to her welfare — the upside of a personality that women found “unromantic” — seemed like the basis for a story. He inspired the Don character, though the story has changed beyond recognition and no longer bears much resemblance to his life. And Don himself has evolved: I’ve incorporated bits of other people, including myself, and, of course, made up things — as writers of fiction do!

Rosie was the most difficult character — the most difficult challenge — in writing The Rosie Project. For a long time, it was The Klara Project: Klara was a geeky Hungarian physicist. After two and a half years of working on the story, I started again, looking for a more compelling and challenging love interest. I wanted someone who was everything Don didn’t want, but was exactly what he needed. And it was important to me that Don also provided something that Rosie needed (the “manic pixie dream girl” stereotype doesn’t take much account of her needs). My wife, a professor of psychiatry, helped me here! For a while it seemed that Rosie was a technical construction, created out of a list of attributes, but the subconscious doesn’t work like that. I can now see that I drew on at least three women I know well, notably my 21-year-old daughter. Rosie’s voice, minus the profanities, is very like hers.

BTW: Don Tillman exhibits many traits of someone with Asperger’s Syndrome, without realizing that his inability to interpret social cues, his hyper intelligence in academics, and his adherence to the letter of the law might be signs of the disorder. Why did you choose to write about a character with Asperger’s? What was your process for perfecting Don’s personality and idiosyncrasies?

GS: I’m often asked: how much research did you do into Asperger’s Syndrome? My answer is, “Thirty years in information technology.” This is the truth — although I could add, “Plus my time studying and teaching at universities.” I didn’t read anything serious about Asperger’s until Don’s character was well-established. Nor did I set out to make him a walking, talking demonstration of the syndrome. He’s first and foremost a human being, with strengths and weaknesses, able to function in the world but not able to get everything he wants. Like most of us. And especially like a lot of guys working in technical fields and academia.

I’ve met a lot of people like Don, none of them diagnosed with Asperger’s (it wasn’t a common diagnosis when they were kids, and most haven’t presented to psychologists or psychiatrists with problems later in life). They were my source for his personality and idiosyncrasies. I think I’ve seen all of his behaviors in real life — though not all in the same person. Fortunately.

BTW: On your personal website, you write about accomplishments and attributes that are akin to Don’s, including earning your amateur radio license at the age of 15 and as an adult having a U.S. 0-1 visa for aliens who possess extraordinary abilities. Are there other similarities that you share with Don?

GS: I don’t identify myself as having Asperger’s. I’ve never been tested, so who knows: a degree in physics, a career in technology, lousy handwriting… I was a pretty geeky kid and teenager, but I wasn’t the only one. My wardrobe owes more to my wife than to my own taste. I like the Museum of Natural History. Along with Don, I’m a foodie, and a wine enthusiast — but these are not attributes associated with Asperger’s. But Don’s scheduled life, the martial arts, and the memory for cocktail recipes — no.

All that said, when I sign books for men, I sometimes write, “There’s a bit of Don in all of us.” Most agree — and so do the women in their lives.

GS: I’m honored and delighted that Rosie was chosen (thank you!). It’s great to have my work endorsed by people who live and breathe books, with public librarians also making Rosie their number one choice, and some very nice reviews. But I’m very conscious of how important booksellers are in bringing new authors in particular to the attention of readers.

In Australia, independent booksellers have led the success of The Rosie Project. It’s been in the Indy Top 10 since publication in January, with several weeks at the top. They’ve supported talks and events, welcomed me in their stores, and recommended the book. A few weeks ago, six months after publication, I wrote to all of them to thank them — it came from the heart. We’re planning a cocktail party...

Simon & Schuster has signed me up for my next two books. The first of these will be a sequel to The Rosie Project. The story is already quite clear in my head, and I’ll be writing it over the next few months. I’m also writing the screenplay of The Rosie Project for Sony Pictures. I have a few short stories bubbling away in the background. And my wife has taken up writing again. She’s been a great sounding board for my work, so I’m trying to repay the favor.