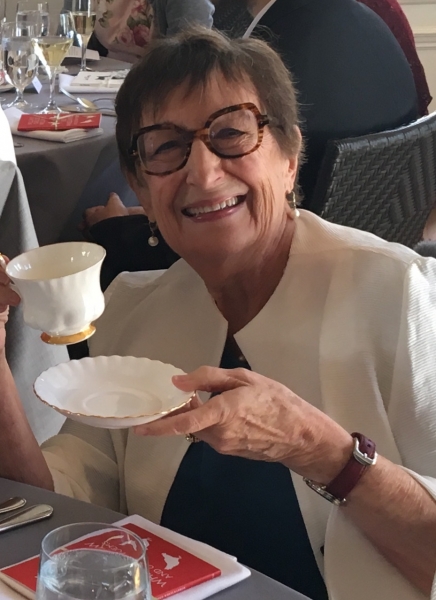 Born in Pasadena, California, on October 8, 1941, Weinberger attended Occidental College, then transferred to UC Berkeley, where she majored in comparative literature. She later worked at the Library of Congress and, over time, rose in the ranks to write speeches for officials and perform research for President Johnson’s landmark education legislation. Later, Weinberger studied photography at Cal Arts and became involved in the women’s movement, documenting the rise of the Feminist Studio Workshop in Los Angeles through her photographs.

After meeting Andy Weinberger and getting married in 1974, the couple had two children, Gideon and Tobias, and bought a home in Los Angeles. Later, while living with her family in Western Massachusetts, Lilla was instrumental in the capital campaign to build the first-ever battered women’s shelter in the state.

After moving back to Sonoma, the Weinbergers founded Readers’ Books in 1991. Andy Weinberger noted, "In 1990, Lilla was visiting Sonoma with her children on winter break. She was walking around the Plaza with her sister-in-law and noticed there was no New England-style literary bookstore in town. Her sister-in-law said there used to be one and people were really sad when it closed. This started Lilla to thinking and when she returned to where they were living in Housatonic, she said she thought she’d like to try opening a store in Sonoma. They put their home on the market the following day. And two days later, they had an offer."

Weinberger served as book buyer at the store, and in the 27 years following, the store became a local institution. In 1995, Readers’ won first prize in a national contest associated with the Sonoma Valley Poetry Festival, and in 2007 the store was named Business of the Year by the Sonoma Valley Chamber of Commerce. Bookselling This Week wrote about the Readers’ Books’ 15th anniversary in 2006.

In addition to her work with indie booksellers, she was active in both of Barack Obama’s presidential campaigns, becoming the Northern California regional head of the Obama-founded nonprofit Organizing for Action (OFA), and in 2012, OFA’s State Field Director of Maryland. In 2014, she worked on the Ed Markey for Senate campaign, and later took a job as executive director of the National Foster Youth Institute in Los Angeles.

ABA CEO Oren Teicher said of Weinberger: “All of us at ABA were deeply saddened to hear about Lilla's untimely passing. Lilla was a bookseller's bookseller. Her knowledge and passion about books were extraordinary. I recall when visiting Readers' Books many years ago with my family how she handpicked the perfect book for each of us. And Lilla's activism was an inspiration to many of us. Our heartfelt condolences go out to Andy and her family.”

Calvin Crosby, executive director of NCIBA, told BTW that since NCIBA’s offices are also in Sonoma, he and colleague Ann Seaton became close with the Weinbergers. “Lilla both personally and professionally leaves a hole I can’t imagine anyone ever filling,” he said. “Her graciousness, intelligence, and her political awareness can never be replaced.”

Sheryl Cotleur, frontlist buyer for Copperfield’s Books in Sebastopol, California, sent BTW this memory of Lilla: “There was a moment at least a dozen years ago where Lilla looked at a couple of us (at a trade show, relaxing) and said wouldn’t it be great if we got together to talk about the books we are reading. The Un-Book group was born. The rule was we could talk about any book we were reading but it turned out to be 99 percent galleys on not-yet-published titles as we four are all booksellers. The core group all these years has been Lilla, Jude Sales from Readers’, Korje Guttormsen from Books Inc., and myself -- though we had a handful of drop-in guests a few times. On average, we met about four times a year but in the last couple of years Lilla pushed for more connection, and we happily agreed, meeting about every eight weeks. Discussions were lively, opinionated, and warm, with a lot of note-taking for those of us yet to get to a title another had raved about. One could say fairly that Lilla (as well as the others) influenced the titles we carried in all our stores because if she loved something we brought it in on trust. I can barely take in how we will continue from here as she was such a vibrant part of this. That’s to be figured out later. I loved her madly.”

Weinberger is survived by her brother Skip; his children, Katherine and Michael; her sister and brother-in-law, Sandi and Steve Auer; her brother and sister-in-law, Jonathan and Lynn; her nephew and niece, Russell Weinberger and Tara Rand (and all of their kids); her husband, Andy; her son and daughter-in-law, Gideon and Colleen; along with their two children, Joe and Emma; her son, Tobias, and his wife, Janne; plus their son, Elijah. Weinberger’s family said that those wishing to contribute in Lilla Weinberger’s name may send money to Sonoma Overnight Support, the Sebastiani Theatre Foundation, or the National Democratic Redistricting PAC, adding “and if you can’t give money, remember to vote.”

BTW is grateful to Andy Weinberger and Jude Sales of Readers’ Books for the information included in this story.