One of the American Booksellers Association’s newest store members is Lafayette, Indiana’s Main Street Books, a new general-interest bookshop with a special focus on science fiction and fantasy. 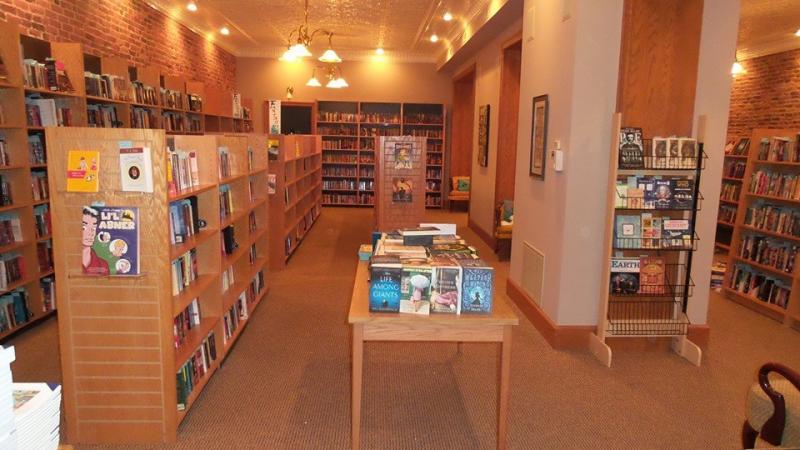 In March, Tamzin Malone and her husband, Ted, purchased all of the stock of the science fiction and fantasy store Robots & Rogues, which was going out of business, and set up shop in a new 2,300-square-foot storefront about a block away. The new store, which is located at 426 Main Street in the city’s historic district, sells both new and used books catering to readers with a wide range of interests.

“There has been a lot of traffic so far. People come in and tell us they are so happy that there is still a bookstore downtown,” Tamzin Malone told Bookselling This Week. While the couple had hoped to take over the Robots & Rogues location, they could not work out a lease agreement with the landlord and ended up in the former home of City News.

Since the street where the bookstore is located closes every Saturday for a weekly farmers market, customers drawn from that event made Main Street Books’ celebration of Independent Bookstore Day on May 2 a major success. The Malones, who have not yet hired staff, gave away books on the half hour to anyone who walked in the door; they also planned scavenger hunt games and offered 50 percent off all mystery books.

“We opened a week ago on Saturday, April 25. We’ve only been at this bookstore now for a little over a week, so we really scrambled to pull it together. We just wanted to get the word out about Independent Bookstore Day,” Malone said. “We had really good traffic throughout the day. We greeted everyone by saying, ‘Happy Independent Bookstore Day!’ so that may just become a tradition.” 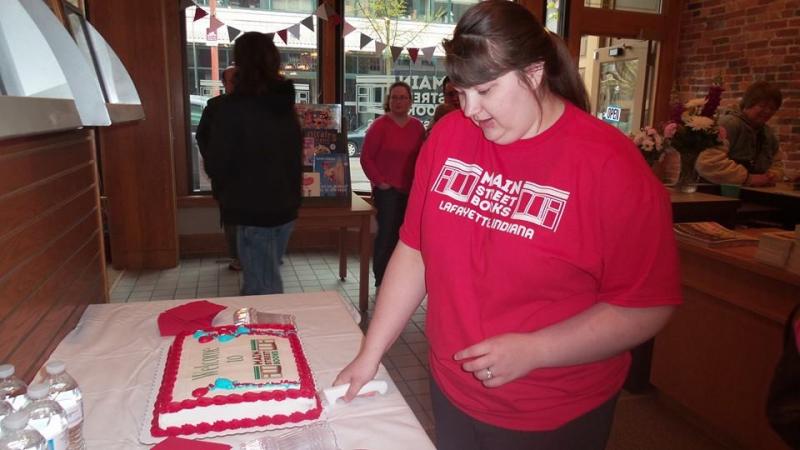 Tamzin, a former paralegal, and Ted, an administrator at nearby Purdue University, and their two adult children, who also help out at the store, have lived in Lafayette for the past four years. The thought of owning a bookstore began to percolate in early March, when their son, who was interning at Robots & Rogues, was informed of the store’s imminent closing.

“I want Main Street Books to be a haven,” Malone said. “I want this to be a place where people can get out of the rain or the heat or a noisy downtown music festival. I want it to be a comfortable place, a community gathering place. So it isn’t just a business; it’s also about building relationships.”

Moving forward, Malone said she plans to add some children’s activities to the store’s events schedule, coordinating in a way that does not conflict with the library’s story times. The old incarnation of Robots & Rogues had a young adult section, but Main Street Books has expanded upon that by adding board books and other items for younger readers, she said.

The Malones have also reached out to local artists about plans for a rotating art exhibit on the store’s walls and are in the process of booking their first feature, an artist who specializes in science fiction and fantasy themes.

As the store builds relationships with local authors, it will be adding a schedule of signings, and the Malones are making connections with downtown merchants and exploring possibilities for activities that will be mutually beneficial. 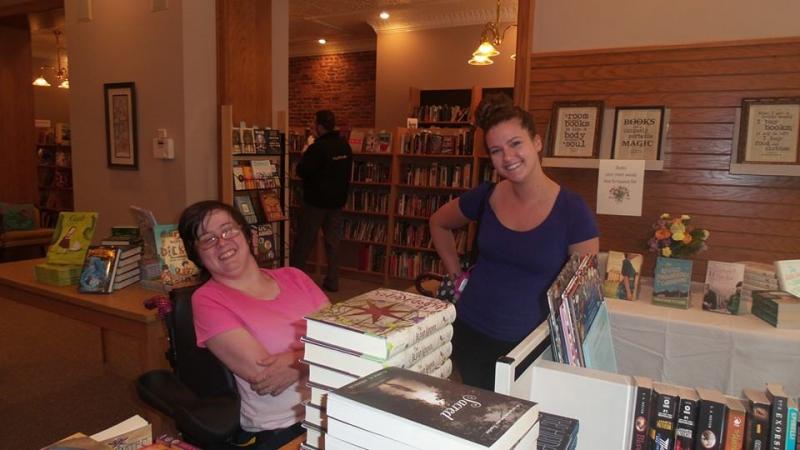 Since Main Street Books had the good fortune of inheriting Robots & Rogues’ many book clubs, it invites even more possibilities, Malone said.

In advance of the store’s opening, the Malones sought a lot of advice, did a lot of research, and made a lot of phone calls, including many to the business services division of their local credit union. They were also fortunate to have had a lot of friends, including a commercial real estate broker and an attorney, offer to help.

For now, the Malones said they want to settle into the business before making any major plans for the future.