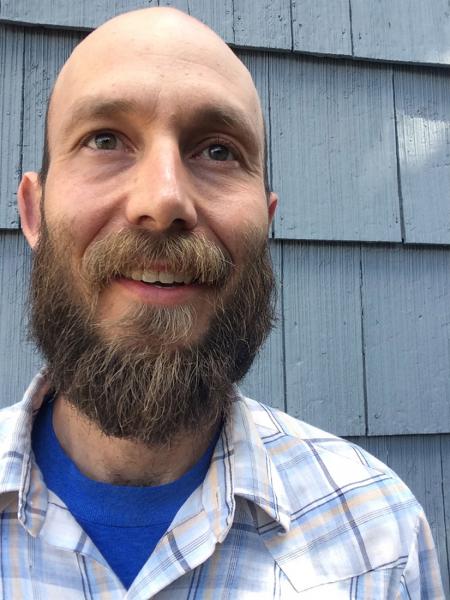 Sean McGinty is the author of The End of FUN (Disney-Hyperion), a Winter/Spring 2016 Indies Introduce debut title for young adults that follows 17-year-old Aaron O’Faolain as he tries to break away from augmented reality in a world completely addicted to it.

Will Walton of Avid Bookshop in Athens, Georgia, said, “The End of FUN is fresh, smart, and chock-damn-full of heart; this book had me laughing out loud, crying, and all that jazz. More importantly, it made me really, really happy to be alive.”

McGinty is a graduate of the Iowa Writers’ Workshop and has worked as a newspaper reporter, a farmer, and an English instructor. He lives in Portland, Oregon, where he teaches reading and writing.

What was your inspiration for writing The End of FUN?

Sean McGinty: Here’s one moment: I was driving alone across the San Luis Valley in Colorado one afternoon. It’s difficult to articulate, but as I rounded the bend — and just literally out of the blue — I just felt this wave of peace wash over me. This stillness and connectedness. At the time, I was just starting to get over a long period of being pretty depressed and upset with myself as a human being, and there was just this moment. I actually laughed out loud; it was such a joyous event. If I said it was like God became air and rode with me for a couple miles in the passenger seat of my ’92 Honda Accord, that might sound crazy. Anyway, I wrote about it a little in the book. 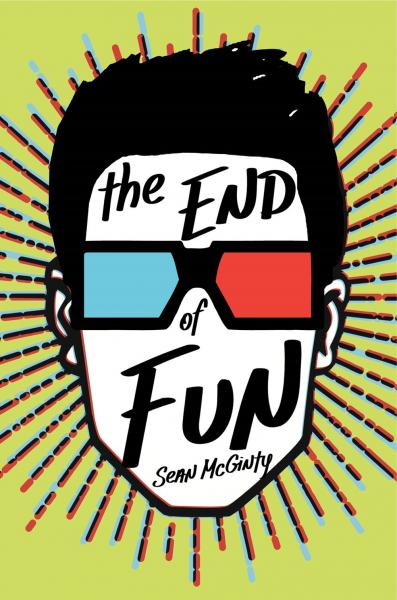 FUN, the augmented-reality chip implanted in peoples’ heads in The End of FUN, produces an addictive effect much like the one many people experience with handheld devices and social media. Why do you think people (and not just young people) are so absorbed in these new forms of entertainment?

SM: When I was a kid, I remember the D.A.R.E. program tried to scare me and my classmates away from drugs by showing us a video of a rat in a cage. It had this button it could push, and every time it pushed the button it would get a little cocaine. And all the rat wanted to do was push that button and get some more cocaine. The point was, “Do you want to be like that rat?”

Well, we’ve made the button. We carry it around in our pockets. It’s called a smartphone. And every time we use it, we get a little rush. It’s a cheap rush, and it only lasts long enough to get us to want more. At least that’s how it works for me. I’m not sure what the cage is in this analogy — basic human loneliness, maybe.

What steps can people take to put down devices and experience the world IRL?

SM: Good question. I don’t have an answer, but I think about it this way: time is limited — none of us have any idea how long we’ll be here on earth — and therefore precious. We have to be mindful of how we spend it. I know that if I’m on my deathbed, I’m not gonna look back over my life and say, “Man, that day I spent five hours on Facebook — now that was a good day.”

That being said, there are, of course, tons of upsides to these new technologies, and my hope is that we’ll learn to integrate social media, etc. into our lives in a more healthy kind of way. The way I look at it, if you compare computing to something like the Industrial Revolution, we’re still basically at the beginning, maybe in the second or third wave of it — meaning we’re all basically living in Victorian London. Meaning crazy pollution, horrible working conditions, raw sewage in the streets, strange sexual repression — that kind of thing. Hopefully, over time we’ll work some of it out.

Thank you for coming to Winter Institute in Denver. What do you hope booksellers and readers take away from your debut novel?

SM: Thank you for having me at the Winter Institute! It was a fun and educational experience, and I was honored to meet such kind and supportive people (Yay! for Will Walton and Caitlin Luce Baker!). As for The End of FUN, I just hope enough people are like, “This guy is all right. I’d like to read more from him.”

Experience FUN for yourself at supermagicfuntrip.com.