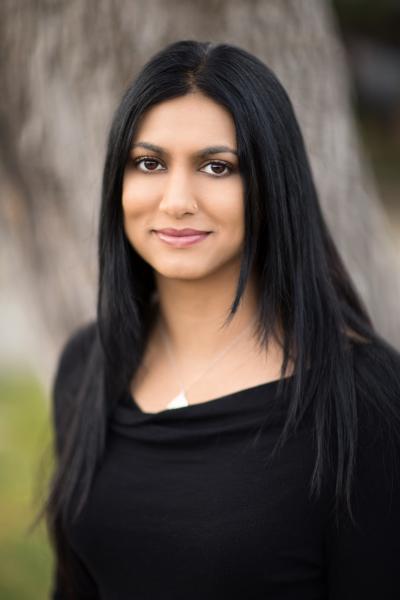 Sabaa Tahir is the author of An Ember in the Ashes (Razorbill), a Spring 2015 Indies Introduce title for young adults.

Growing up in California’s Mojave Desert at her family’s 18-room motel, Sabaa spent her time devouring fantasy novels, raiding her brother’s comic book stash, and playing guitar (badly, she says). She began writing An Ember in the Ashes while working nights as a copyeditor for the Washington Post. Sabaa currently lives in the San Francisco Bay Area with her family.

“Told in alternating voices, this powerful debut tells the epic tale of a Scholar fighting for her brother’s freedom and a Martial fighting his destiny as a killer. The world-making here is astounding and will consume your every thought until the very last page — and even then you won’t want to let go,” said Sarah Chen of Mysterious Galaxy in San Diego, California. 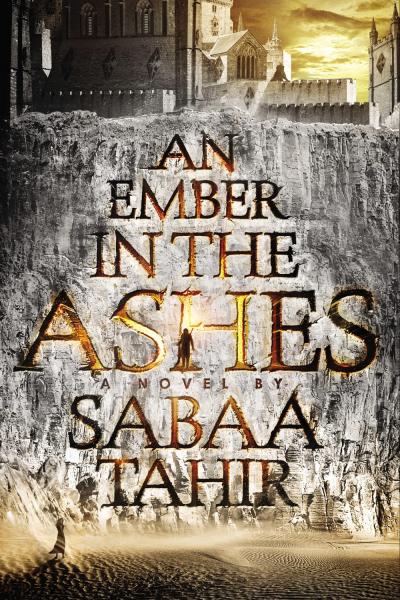 What inspired An Ember in the Ashes?

Sabaa Tahir: Ember was inspired by my childhood growing up in the Mojave Desert, as well as by my work as a copyeditor at the Washington Post. As a kid, I never felt like I fit in. This definitely gave me a soft spot for the disenfranchised of the world. People who have no voice and no power. When I decided to write a book in 2007, I knew I wanted it to be about people who, like me as a kid, felt as if they had no way of speaking out. At the time, I was working at the Washington Post, reading about some of the most voiceless people in the world. What I read about — extrajudicial jailings, child soldiers, and the brutality of war — all found its way into Ember.

Do you have any advice for burgeoning fantasy or science fiction writers on creating detailed settings, such as the rich, fantastical world found in Ember?

ST: It helps to figure out, generally, what kind of world you’re creating before you start writing the story that takes place in it. Once you have your plot down, it can be tricky to go back and change the entire world. I also think that research is helpful. If you have a world inspired by a particular period in history, spend some time getting to know social mores, language, customs, etc. If you have a science fiction novel, then research the types of technologies you want as part of that world. At the same time, don’t be hindered by your research. The fun in writing fantasy and science fiction is, I feel, in making things up.

You have previously talked about J.K. Rowling’s influence in the world of children’s literature. Why do you think the Harry Potter series was so important?

ST: The Harry Potter books introduced children’s fantasy to a vast audience, but more importantly, it tied that audience together as a community. Websites popped up completely dedicated to the books, readers wrote fan fiction, adults went to midnight buying parties. It was special — different. I think that once that audience got a taste not just for great kids’ books, but for all the fun that came along with it, they wanted more. I feel that opened up the market for more YA writers and for all the series and books that have hit it big since then, whether they are urban fantasy, dystopia, fantasy, or contemporary.

You discussed at the ALA Midwinter Diverse Debuts panel the value you discovered in Seven Daughters and Seven Sons by Barbara Cohen and Bahija Lovejoy (HarperTeen). How did this book influence you as a reader and writer? Are there any books you wish you had been able to pick up as a young reader?

ST: I loved Seven Daughters and Seven Sons because it was the first book I’d read where a brown girl was portrayed as brave, smart, and independent. It made me actively search out books where the main characters feel like they don’t belong. As for books I wish I’d had as a young reader, I can think of several. Everything written by Laurie Halse Anderson. The Legend series by Marie Lu. The Book Thief by Marcus Zusak. Counting by Sevens by Holly Goldberg Sloan. And, of course, Harry Potter. All of those books, in some way, deal with the feeling of being an outsider. If I’d read them as a kid, I think I’d have felt less lonely.

What would you like to see happen next when it comes to diversity in books — not just in children’s titles, but literature as a whole?

ST: I’d love for diverse books to be so common and so widely read that it isn’t something readers and writers need to fight for.