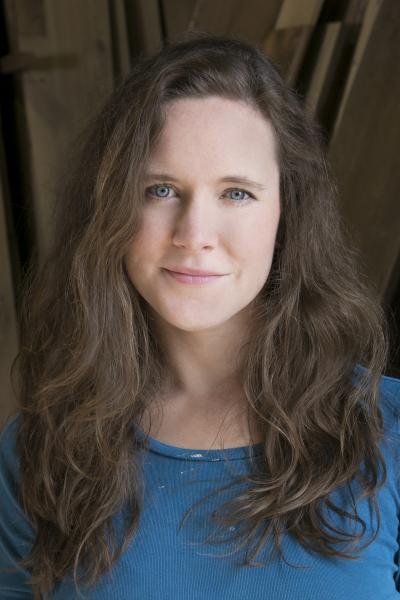 Nina MacLaughlin is the author of Hammer Head: The Making of a Carpenter (W.W. Norton), a Spring 2015 Indies Introduce adult nonfiction title and an April 2015 Indie Next List pick. Formerly an editor at the Boston Phoenix, MacLaughlin has written for the Los Angeles Review of Books, Bookslut, and Time Out New York, among other publications. She currently lives in Cambridge, Massachusetts, where she works as a carpenter.

Hammer Head tells the story of MacLaughlin’s journey from desk job to carpenter. “Most of us have fantasized at one time or another about making dramatic changes in our daily lives, but few of us have done what Nina MacLaughlin did,” said Indies Introduce panelist Carol Schneck Varner of Schuler Books & Music in Okemos, Michigan. “Her vivid descriptions of the different jobs she learned to do, of the satisfaction of making something physical, her one-of-a-kind boss, and the learning curves involved in the experience made this an absolutely fascinating memoir.” 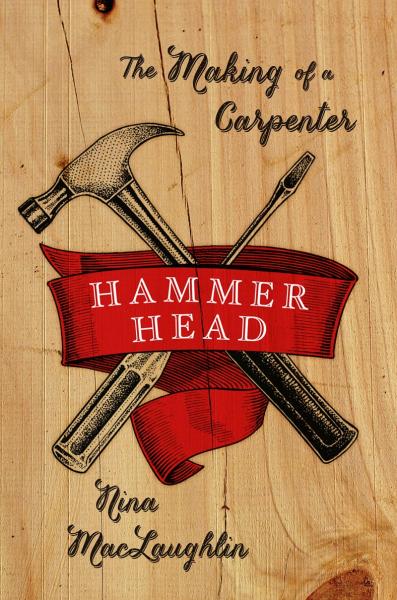 According to the U.S. Bureau of Labor Statistics, carpentry is projected to be one of the fastest growing occupations, and the hipster craft movement, alongside sustainable living, only seems to be increasing in popularity. What do you think the growing appeal is of working with your hands?

Nina MacLaughlin: As seductive, useful, and powerful as the Internet is, it can also be a hollow time-suck, an empty way to spend the hours. I think people are seeking an antidote to life online, in front of a screen, and are looking instead to engage in something that has little or nothing to do with typing, scrolling, and clicking. I definitely know — and love and crave — the satisfaction of seeing people click thumbs-up or hearts or stars for something I’ve done or said online. The satisfaction of coming home at the end of the day building a deck, when you can see the direct results of your labor, when your muscles ache and you’re hungry for dinner and there’s a structure that exists because of your efforts, that satisfaction, in comparison, is much deeper and more lasting. It’s not a quick little pet of the ego; it’s genuine pride. And that’s true of knitting a sweater or harvesting honey or raising rabbits to eat or tending to your patch of strawberries or trying to fix your busted toaster. I think people, myself included, are re-discovering the pleasure and satisfaction (and challenge, frustration, and sweat involved) of engaging with tangible reality, of doing work with our hands, especially after (and probably as a direct result of) having grown up spending a lot of time in front of a screen.

The snippets of historical background on carpentry and the tools of the trade that were interspersed throughout the book were fascinating. How did you go about researching this?

NM: It turns out there’s an enormous amount of books on tools, their history, what they’re used for, and how to use them. I spent a lot of hours at the Cambridge Public Library flipping through books, modern and not, on carpentry and tool-using. I particularly loved the manuals from the mid-19th century — every once in a while I’d come across something so true and comforting, like “sometimes the greatest care will fail to ensure the straight driving of a nail.”

Can you tell us a little about your feelings regarding the Virginia Woolf quote referenced in Hammer Head: “It is fatal to be a man or a woman pure and simple; one must be a woman-manly or a man-womanly.” How did your feelings towards the quote evolve the more you worked in such a male-dominated industry?

NM: When I first started doing the carpentry work, I found that I was feeling stripped of my femininity. In rugged work clothes and a sports bra, my hair tied back, holding a crowbar or framing gun, I had a hard time locating my woman-ness (as ridiculous as that word sounds). Put simply: I felt like a boy. It was a little disorienting at first, to have this fundamental part of myself rattled. As time went on and I got more comfortable with the work and with myself doing it, I found I was able to hold both the work and the femininity in myself at once, and it came to feel like a pretty powerful combination. That there’s a blurring and blending and combining of genders — it makes for a mental fertility, which is what I think Virginia Woolf was getting at in that quote.

Thank you for linking to IndieBound on your Tumblr, Carpentrix! What is your favorite thing about indie bookstores? Do you have a local indie you love?

NM: Oh man, I love this question. The best thing about indie bookstores is the personality that comes through — each one is different, each one has its own specific energy and fire. For me, the best bookstores are like walking into your favorite bar — there’s something inviting, familiar, and there’s always the potential for excitement, for finding something you didn’t know you needed. I’m lucky to live in Cambridge where there are bunch of great bookstores nearby. Harvard Book Store has been my local store for years now. I love Brookline Booksmith — it’s got a real warmth to it. Newtonville Books and Porter Square Books are both great as well. And when I’m in New York, I’ll always at some point end up at McNally Jackson.

What is your favorite carpentry tool and why?

NM: For its simplicity and magnificent power in translating human strength, I’m partial to the prybar and its bigger, older brother, the crowbar. I also get excited any time I have to use the Japanese saw. It’s a saw with blades on both sides — one side has tiny teeth that cut across the grain of the wood and the other has bigger teeth for rip cuts that run with the grain. And unlike Western saws, which cut on the push stroke, the Japanese saw cuts on the pull, which makes for a narrower kerf (cut width). I’ll use this saw anytime I can (and sometimes when a quick chop on the mitre saw would be a lot quicker). Plus, it makes the best twangy noise when you bang it around.

Learn more about Nina MacLaughlin at carpentrix.tumblr.com or on Twitter @the_carpentrix.