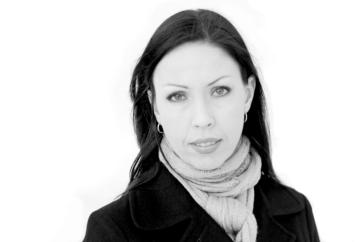 Michelle Pretorius is the author of the Summer/Fall 2016 Indies Introduce debut The Monster’s Daughter (Melville House), which delves into the horrors of apartheid, war, and human experimentation in South Africa in the 20th century.

Linda Sherman-Nurick of Cellar Door Books in Riverside, California, who served on the adult Indies Introduce panel, described the novel as “part mystery, part historical fiction, part science fiction, and, above all, a page-turning read.”

Born and raised in South Africa, Pretorius received her bachelor’s degree at the University of the Free State in Bloemfontein and her MFA in writing from Columbia College Chicago. She is currently a doctoral student in creative writing at Ohio University. Her writing has appeared in LitHub, The Copperfield Review, Word Riot, and other publications.

Here, Sherman-Nurick talks with Pretorius about her debut. 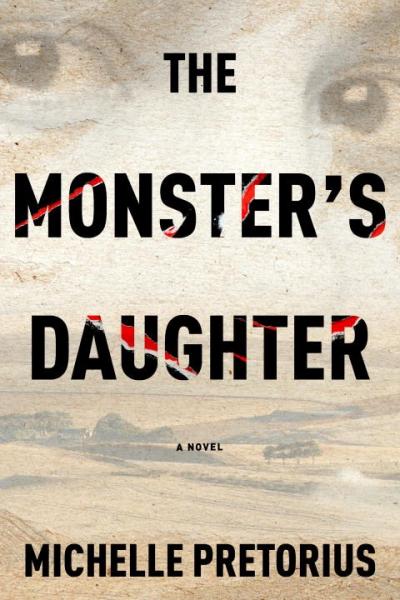 Linda Sherman-Nurick: The historical depth and breadth of The Monster’s Daughter is impressive. How long did the research for this book take? Did you find evidence of human experiments like the ones detailed in your book, or is that purely fictional?

Michelle Pretorius: The research was ongoing throughout the writing of the novel. I’d research something, write the story, then go back to the research once I found that I’d exhausted my knowledge and needed more information to continue. For the present-day chapters, I’d research as I wrote. I would come to a part in the story that required some knowledge of, say, autopsy procedure or the layout of Cape Town, and I’d go research that before I continued. Some research required me to actually visit certain places and talk to people, and that, of course, had to wait until I had the opportunity to travel there. In the beginning, these sections of the novel looked like Swiss cheese, until I had the opportunity to fill the gaps. It was a constant process of writing and revisiting sections as I discovered relevant information that informed the story.

There was some racial experimentation in South Africa, but that happened during apartheid, long after the Boer War. I based the character of Leath on [Auschwitz concentration camp physician Josef] Mengele and the rest is fictional. The knowledge and medical technology simply didn’t exist in the early 1900s to do any kind of genetic experimentation with purpose. The idea behind the birth of characters Tessa and Benjamin is that they were the purely accidental consequence of Leath’s uninformed ideas and experiments.

LSN: This book seems to defy categorization, but if you were to add it to a shelf in your favorite indie bookstore, in which section would you place it?

MP: There are disparate elements and genres that come together in the novel, but I think it could predominantly be classified as a literary or historical thriller.

LSN: The relationship between Constable Alet Berg and Sergeant Johannes Mathebe is rife with layer upon layer of conflict, and their conflicts reflect the racial issues of modern-day South Africa. Was that intentional? What does the arc of their relationship help us to understand?

MP: Alet and Mathebe definitely represent some elements of the new South Africa’s difficult racial interaction. Both characters are mired in and have to bear the consequences of a history that they didn’t have much control over. They are the ultimate illustration of the effect of the country’s history on its people, and their relationships with each other. Yet Alet and Mathebe find a way to negotiate this minefield and work together. I think that their relationship is a message of hope, of what can be accomplished if we take the time to not only understand each other’s suffering, but also decide to work together towards something better.

LSN: There are several horrific characters in this book. Which of them do you see as the most villainous? Why?

MP: Joost is definitely a villain, more so, I think, than any of the other characters. He is basically an opportunist with only his own self-interest in mind. The other antagonists, awful and misguided as they may be, all truly believe in a cause and that they are working towards something better. Joost has no loyalty or empathy, not even towards his own daughter. He might be the one character in the book that could be described as a sociopath with no redeeming qualities.

LSN: What can you tell us about your next book?

MP: The Monster’s Daughter deals with South Africa’s past. For my next novel, I want to focus on the country’s present, specifically the events after the first democratic election in 1994. The future held so much promise when the African National Congress came into power. But now, 22 years later, it seems that the divide between rich and poor is even wider, and that certain patterns of history are repeating as far as corruption and censorship are concerned, along with increasing crime and violence. Alet and Mathebe are reunited five years after the first novel, though under much different circumstances. I guess you could call it a sequel, but my aim is for the second novel to stand on its own.