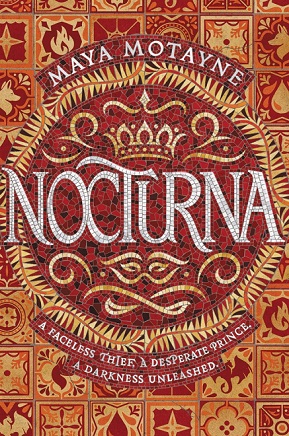 Jen Pino of Vroman’s Bookstore in Pasadena, California, who served on the Indies Introduce panel that selected Motayne’s book, calls it “the fantasy that you have been waiting for.”

“With the sneaky cleverness of Stephanie Gaber’s Caraval and the moral grayness of Marissa Meyer’s Renegades,” said Pino, “Nocturna offers up a tale of a brother in search of a way to save his kingdom, and a girl doing all she can to survive. This Latin-inspired tale provides just the right amount of magic and adventure as heir-to-the-throne Alfie and shape-shifter Finn race to stop the terrible darkness they’ve released.”

Here, Pino and Motayne discuss how the author brought her own Latin culture into her debut, and whether she is planning a sequel. 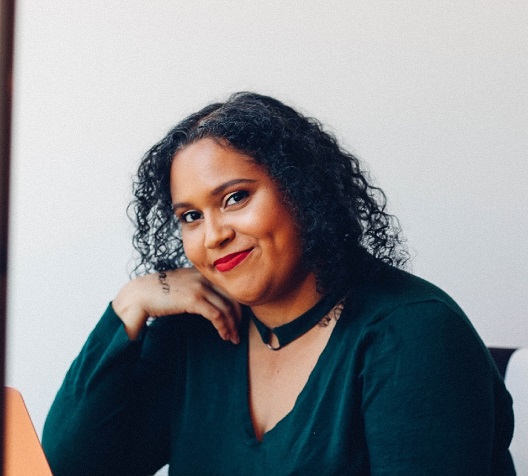 Jen Pino: Why did you decide to use Spanish terminology as the spell work for magic?

Maya Motayne: Growing up, I spent my nights reading fantasy novels with a flashlight under the covers, and though I devoured book after book, I never saw myself or my culture in the stories I loved so much. Likewise, during the day in my real life, it had been made clear to me that my culture wasn’t always welcome. Speaking Spanish was seen as un-American and strange, which made me want to hide my heritage. So, when I wrote Nocturna I decided to bring my culture to the forefront of the story. I wanted to show readers that they should never be ashamed of their heritage because their culture is powerful. Their culture is their magic.

JP: What inspired you to characterize/personify the characters’ shadows?

MM: From a young age I was OBSESSED with Peter Pan. I would re-watch the scene where Wendy sews Peter’s shadow to his feet over and over again. It was such an amazing image that has stuck with me for life. When I saw Peter’s shadow, it made me think about the duality of a person — the image of yourself that you project to the world versus what’s really going on inside. I wanted to give my characters a physical manifestation of that kind of duality and emotional vulnerability. The shadows also serve as a sort of check on their power, because only the characters who have a very special kind of magic called propio have moving shadows. So, they pay the price of that extra bit of vulnerability to have that power.

JP: Did you intend for Xiomara to have a redemptive moment towards the end?

MM: Yes. To me, she represents the most vulnerable of us all. She represents those of us who are so desperate for love and support that we are manipulated into doing terrible things. It was important to me that I give her a moment of redemption to show that people who do wrong aren’t pure evil. It isn’t all black and white. There are nuances and circumstances that lead otherwise good people down dark paths, but there is always time to make things right.

JP: Which character resonated with you the most and why?

MM: I think every character in every book, from hero to villain, has a bit of the author in them. It’s impossible to keep yourself out of your characters. That being said, I think Alfie resonates with me the most. He spends so much time and energy questioning his value and self-worth and worrying about both who he is and who he will become. That is so relatable to me. I always connect most to characters who are always in their heads and question themselves left and right. I think that that relentless self-doubt is such a big part of growing up and not only learning about who you truly are, but also learning to embrace that.

JP: Will there be a sequel? If so, can you tell us anything about it?

MM: There will be a sequel! Nocturna is the first in a trilogy. Book two will have an underground magical tournament run by thieves, a tense peace summit between the kingdoms, and Luka (one of my favorite characters from Nocturna) will get to play a much larger role!

Find out more about the author at mayamotayne.com.