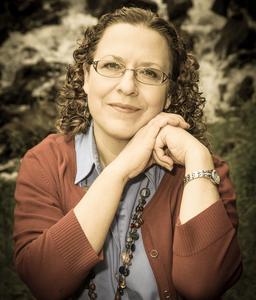 Katie Kennedy is the author of Learning to Swear in America (Bloomsbury USA Children’s), a Summer/Fall 2016 Indies Introduce debut for young adults and a Summer 2016 Kids’ Indie Next List pick. Here, Janelle Smith of Auntie’s Bookstore in Spokane, Washington, a panelist on the Indies Introduce kids’ debut committee, interviews Kennedy about her new novel.

“Learning to Swear in America is a tale of firsts,” said Smith. “This will be the first time in the U.S. for Yuri, a genius and physicist from Russia; his first time making friends; his first time kissing a girl; his first time swearing in English; and, oh, his first time saving the entire planet from destruction. Did I mention he is only 17? Through Yuri’s perfectly developed voice, Kennedy tells the story of a fledgling teen finally getting the chance to be a kid.”

Kennedy studied Russian history in college and is currently a history professor in Michigan’s Upper Peninsula, where she lives with her husband, daughter, and son. 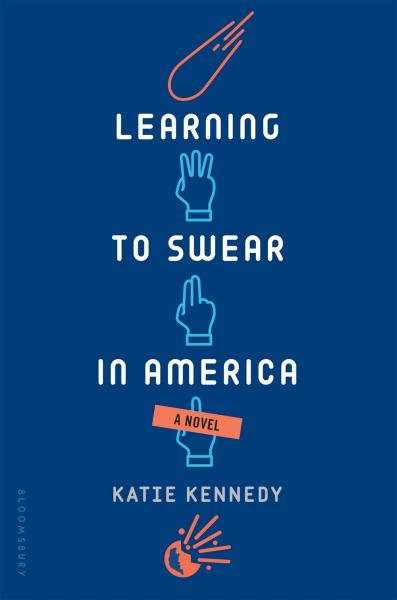 Janelle Smith: What was it like to find out your debut novel had been picked for Indies Introduce?

Katie Kennedy: It was wonderful! My editor told me that I would be getting a mystery phone call and that I should answer it. Naturally, I presumed that Neil deGrasse Tyson had gotten a hold of my book, found an error, and wanted to yell at me for a while. Instead, the loveliest woman [Janelle] called and said kind things about my book! It rendered me completely inarticulate.

JS: Your novel, about an asteroid hurtling toward Earth, features the theme of survival. However, the coming-of-age theme is just as strong, if not more so. Was this a conscious decision or did it develop as you wrote?

KK: I wanted to write a book that started with the will-it-hit scene and dealt mostly with the main character’s psychological aftermath. What’s it like to be 17 and know your obituary is already written, that nothing you’ll ever do will top what you just did? But I figured every editor in the world would say I’d missed the real story.

At first I was cranky about that, but then I realized the imaginary editors probably had a point. So I wove together the plotlines of the incoming asteroid and what trying to stop it cost Yuri.

JS: Themes of science are woven into the story but not in a way that bogs down the reader. Tell us about your research process.

KK: I read a lot of astrophysics — I think of this book as John Green meets Brian Greene. I intended to make things worse at the midpoint by having the asteroid increase in speed, giving Yuri and his colleagues less time to deal with it. I’d heard of things slingshotting around planets and figured I’d do that. But when I went back to the books, it turned out that my plan would violate the laws of nature. And who do you see about getting those changed?

So I read a few hundred pages of astrophysics on an emergency basis, and finally found my answer. I ran upstairs shouting to my husband, “I found a way to destroy the world and nobody could stop it!” He gave me a real long look.

JS: Do you have a personal interest in science?

KK: Yes, but very little knowledge — a terrible combination for public policy makers, but a great one for a fiction writer. It means I have constant questions, but instead of answers, I get what-ifs.

I went into history because I wanted to understand the nature of time, something which still fascinates me. That’s really a physics question, but I didn’t know that as a teenager — which is just as well. Physicists don’t have a full answer yet, anyway, and I really love my field. I can’t imagine life without a solid foundation of historical knowledge.

JS: Yuri is a complex character. What was your process for developing a believable character within this somewhat unbelievable story?

KK: I had a pretty good idea of who Yuri was from the start. Communicating it was the problem because he’s working in his second language, he’s not a word guy, and socially he’s awkward, not revelatory. Also, he’s degrees of magnitude smarter than I am. (I’d tell you how many, but I don’t know how to figure it out — which proves my point.)

My editor at Bloomsbury, Sarah Shumway, asked me to add more character-development scenes for Yuri — 10,000 words more! I added 9,000 and figured it was close enough; Yuri was so disappointed in me.

JS: Ultimately, who would be the perfect audience for your book?

KK: I think — and hope — that it has rather broad appeal. My 93-year-old great-aunt read and loved it. So did a friend’s middle-school son.

JS: Can you give us a glimpse into your next book?

KK: What Goes Up (Bloomsbury, July 2017) is another contemporary/light sci-fi/action adventure mash-up. It’s set in an infinite universe, which means there are parallel worlds. A NASA sub-agency is looking for recruits; Rosa and Eddie answer the call and wackiness ensues — on and off the planet.

Learn more about the author at katiekennedybooks.com.