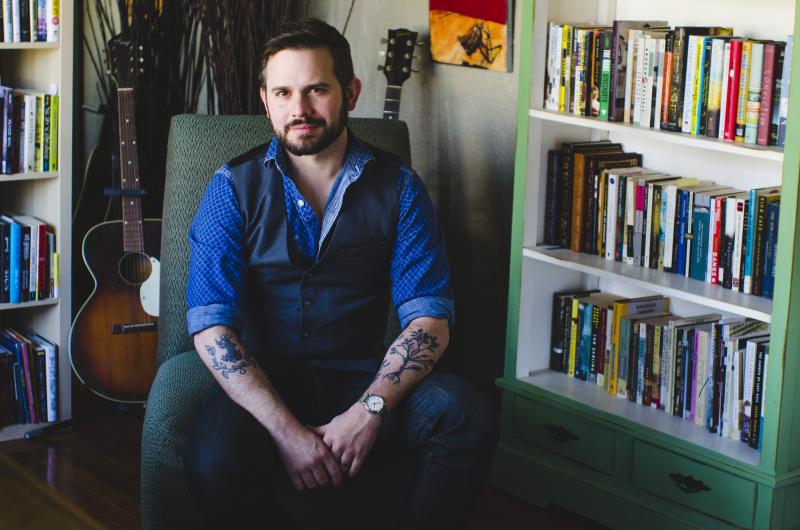 Jeff Zentner is the author of The Serpent King (Crown Books for Young Readers), a Winter/Spring 2016 Indies Introduce debut for young readers and a Spring 2016 Kids’ Indie Next List pick that follows friends Dill, Lydia, and Travis as they navigate their final year of high school in a small town.

The Serpent King is “a contemporary Southern novel about loyalty, betrayal, and becoming your most honest self,” said Erin Barker of Hooray for Books! in Alexandria, Virginia. “Dill is the son of the recently jailed Serpent King, a Pentecostal minister known for handling deadly snakes. Lydia is a fashion blogger determined to flee their small town for New York. Travis is a misfit who prefers to dwell in the fantasy worlds he reads about. Readers will ache for them as they battle their demons and fight to shed the dark histories they’ve inherited.”

Zentner is a singer-songwriter and guitarist who has recorded with musicians Iggy Pop, Nick Cave, and Debbie Harry. In addition to writing and recording his own music, Zentner works with young musicians at the Tennessee Teen Rock Camp, which inspired him to write a novel for young adults. He lives in Nashville with his wife and son. 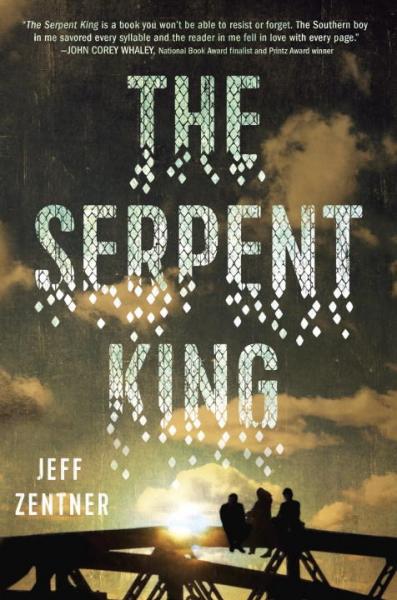 The Serpent King is a unique coming-of-age story in that one of the main characters, Dill, is the son of an imprisoned Pentecostal snake-handling preacher, a history he cannot escape. Where did the inspiration for The Serpent King come from? What was the research process like?

Jeff Zentner: At the time I wrote The Serpent King, I was thinking a lot about matters of faith and how some types of faith manifest themselves in a metaphorically poisonous way. That got me thinking about writing about a faith struggle within a religious tradition that manifests in a literally poisonous way. I knew I was going to write a story set in the South, so writing about the snake-handling tradition here was a perfect fit. Plus, snakes function on an interesting symbolic level, with the poison they carry inside them and skin-shedding. They’ve been part of our stories since Adam and Eve.

To research, I read a fantastic book called Salvation on Sand Mountain by Dennis Covington and spoke with friends who have attended snake-handling churches. There’s no central snake-handling authority. There’s no pope of snake handling. So I was free to invent a snake-handling sect, and that’s what I did. No one can say that I got the details of its worship practices wrong.

How has being a musician influenced your writing? Are there similarities between writing a song or a chapter, an album or novel?

JZ: Above all, it’s made me respect the ebbs and flows of the creative process. I know that creative droughts give way to monsoons, so I don’t sweat it too much when I get writer’s block. It’s made me consider the rhythm and melody of sentences. It’s made me think about the kind of words that sound musical when sung. Those are the kind of words that also sound musical when you say them in your head while reading. The similarity between writing an album and a book is that ideally (in my opinion) you’re trying to tell a cohesive story and move people in some way.

If you could create a five-song playlist for The Serpent King, which songs would you include and why?

What do you hope booksellers and readers take away from your debut novel?

JZ: I hope they feel like they’ve made three new friends who they can think about for some time to come. I hope it feeds some hunger in them, whatever that may be. I hope it makes them feel something large and beautiful.