An Indies Introduce Q&A with Helen Atsma, Editor of "Afterparties"

Helen Atsma is editor of Afterparties by Anthony Veasna So (Ecco), a debut short story collection that is a Summer/Fall 2021 Indies Introduce adult selection and an August 2021 Indie Next List pick. Atsma, VP and Editorial Director at Ecco, acquired Afterparties and worked closely with So on his collection before he unexpectedly passed away in December 2020 at the age of 28. 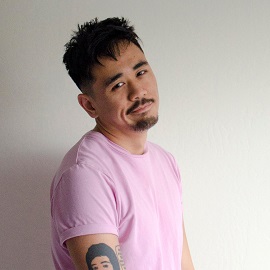 So had a bachelor’s degree in art and English from Stanford University, and had just graduated from Syracuse University’s MFA in creative writing program when he died. His work has been published in n+1, Granta.com, and The New Yorker, among others, and he was described by The New York Times as being “on the brink of stardom.”

Chris Lee of Boswell Book Company in Milwaukee, Wisconsin, served on the panel that selected So’s book for Indies Introduce, and said of Afterparties, “BELIEVE THE HYPE. In fact, call Afterparties the Goodbye, Columbus of Californian Cambodian American life. So’s book is a glittering example of what the best story collections do — welcome you fully into a world and render it with diamond-cut detail and deep-well empathy. Sharply funny, dirty, unsparing, and full of longing, hopes, and American dreams of all kinds — dashed, wildly overachieved, hung onto by a thread, abandoned, and just discovered.”

Here, Lee asks Atsma about working with So and about the stories in the late author’s collection.

Chris Lee: I think the number one, most obvious question everyone wants to ask is: What was it like to work with Anthony, an obviously brilliant young writer, on this astounding book?

Helen Atsma: He was wonderful to work with – warm, funny, and so very smart. When Afterparties was on submission, Anthony came to Ecco’s offices to meet with our team — and when we learned that he had tried his hand at stand-up comedy earlier in his life, we weren’t surprised, because he had us in stitches throughout the whole meeting. He was hilarious.

Anthony gave thought to every single line that went into this collection, and through the editing process kept honing the work to make it sharper and stronger, to make each word count. He was also a visual artist — he studied art at Stanford — and the cover process was an especially delightful one. He was thrilled that the designer, Elizabeth Yaffe, found a Cambodian artist, Monnyreak Ket, to create the illustration. And I know he enjoyed working with both of them on the sketches and seeing the finished cover so perfectly embody the tone and setting of the collection.

CL: This collection does what I think all the best story collections do — gives the reader a window into a world. In this case, it’s the lives of Cambodian Americans living in California. What kind of conversations did you have about how the individuals in each story do (and maybe don’t) represent their communities? 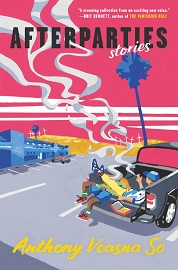 HA: In terms of how the specific characters represent their Cambodian American communities — or not — Anthony let his work speak for itself. But in terms of representation of immigrant communities in general, I know that Anthony was interested in subverting tropes he felt were often present in fiction about those communities.

Anthony’s characters are grappling with the legacy of trauma from the genocide in Cambodia and yet they are among the funniest and zaniest characters I’ve edited. Their humor doesn’t diminish the weight of what they suffered; to my mind, it emphasizes their singular spirits. And while that collective trauma hovers in the background, his characters also live in the moment — working, exploring their sexuality, falling in love, going to parties, experiencing the highs and lows of daily life in California, a place the characters reckon with as much as they do Cambodia. The stories of these characters are distinct and follow different trajectories — as anyone’s stories do.

CL: Inheritance, belonging, sexuality, even the American Dream — there are so many thematic threads running from story to story in unexpected and interconnected ways throughout the book. How did you and Anthony work on drawing out themes and making connections between stories?

HA: We thought a lot about the placement of these stories, and how they spoke to each other. Three of the stories are interconnected — I think of them as “the Maly stories,” as they primarily follow Maly and her journey in reckoning with her mother’s death and possible reincarnation. And they provide a sort of spine to the collection.

And, aside from “Three Women of Chuck’s Donuts,” Anthony saw each story as having a thematic companion story. In an email to me, he linked these stories together thematically:

And so we thought about that too as we put the collection in order.

Finally, it was important to him that the book end with “Generational Differences,” as he felt that story provided closure for the entire book — and I couldn’t agree more. This story is in the voice of an older woman, speaking to her young son about a school shooting she witnessed as an elementary school teacher. It is knowingly wise, and ultimately a story that seizes upon what it means to be a survivor in many contexts. It’s the perfect ending to an incredible collection.

HA: I don’t know if Anthony had a favorite, but I do know he was so proud when the New Yorker published “Three Women of Chuck’s Donuts,” and he felt it was a very strong story. And it is, of course, the first story in the collection. And I think “Generational Differences” is probably mine.

But this is a tough question, because one of the brilliant things about this collection is that, although it’s thematically cohesive, he never wrote the same story twice. The stories are prismatic, reflecting elements of a community as diverse as the country they immigrated to. And so each story offers singular pleasures — and pains.