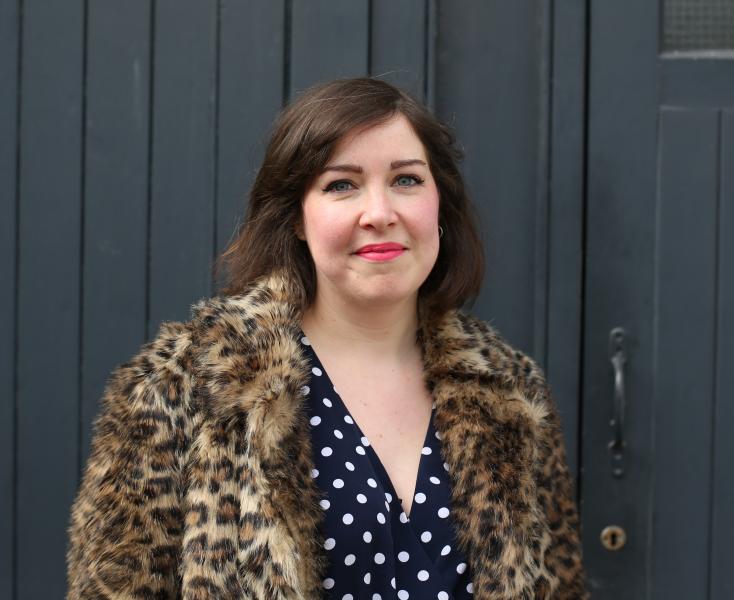 Harriet Reuter Hapgood is the author or The Square Root of Summer (Roaring Brook Press), a Winter/Spring 2016 Indies Introduce debut title for young adults and a Summer 2016 Kids’ Indie Next List pick.

Hapgood’s debut was inspired by her grandfather, a German mathematician, and her lifelong obsession with young adult romance. The latter led Hapgood to write her undergraduate dissertation at Newcastle University in the U.K. on romantic comedies, with a special focus on the romantic parallels between the teen TV shows Dawson’s Creek and Buffy the Vampire Slayer.

In The Square Root of Summer, which follows 17-year-old Gottie Oppenheimer as she tries to understand why she is losing track of time, Hapgood “seamlessly combines mathematics, time travel, romance, and grief,” said Johanna Albrecht of Flyleaf Books in Chapel Hill, North Carolina. “Hapgood’s careful exploration of grief and heartbreak through the metaphors of wormholes, plus Gottie’s unique outlook on her own life and situation combined with funny dialogue, sorrow, touching sweetness, and fascinating mathematical theory, all mingle to create a rewarding and wholly enjoyable reading experience.” 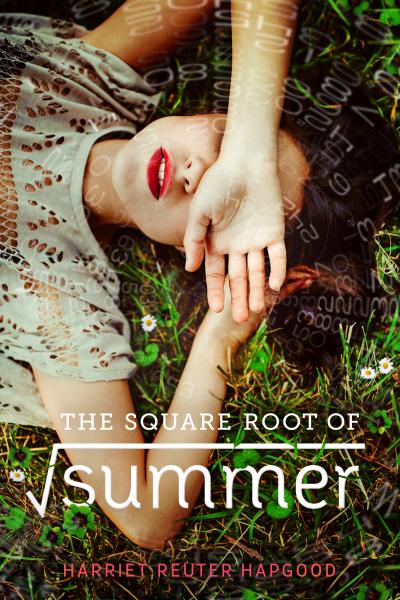 Where did the inspiration for The Square Root of Summer come from?

Harriet Reuter Hapgood: There was no one flash of inspiration. My grandmother had died and I wanted to write about that, and family. I started out with the simple thought of writing “a summer book about grief.” I hate actual summer, all mosquito bites and heat rash, but love summer books. There’s something about stories set outside of the school year, away from the rules, regulations, and time-tabling of normal life. I knew I wanted it to be about a girl who is isolated, by choice and circumstance, and into math and sciences. Making Gottie preternaturally clever was another means of isolating her, but also opened up the book to all sorts of possibilities: it didn’t have to be school-level physics but theoretical, particle stuff. Inspiration for me is more a compendium of things I’ve been reading and thinking about than one particular starting point.

Gottie is a math/physics whiz kid who slips through wormholes and revisits her past. How did you research to get the scientific details straight?

HRH: I do not have a scientific or mathematical background at all — I last studied physics and math when I was 15! — so it was a steep learning curve to dive back into that stuff. I did a pick ’n’ mix of research: I got into the mindset by doing math exercises from an old, school textbook; I read A Brief History of Time by Stephen Hawking and Quantum by Manjit Kumar; and I spent a lot of time Wikipedia-hopping and taking notes on different theories and scientists. But I quickly figured out that I was never going to wrap my head around quantum-level equations and that the book didn’t need them. I think of numbers as the language, and theories as the literature. The same way you don’t need to understand grammar and gerunds to understand a book, you can “get” quantum physics without being able to add up. To try to visualize each theory — wormholes, metrics, space-time as a curve, time travel — I drew myself a lot of diagrams as I read and translated them into Gottie’s words. But ultimately, there wasn’t a real theory out there for time travel, and it’s fiction — it was okay to make some of it up!

You wrote your college thesis on the teen television show Dawson’s Creek. What is it about that age and teen dramas that you find fascinating?

HRH: People can make fun of Dawson’s Creek all they like — and they do — but it took teenagers seriously and didn’t give their issues and interests an adult spin. It accepted that when you’re 15, 16, 17, you can simultaneously find college applications and kissing to be equally intense and important. I love that there’s no context when you’re an adolescent — heartbreak as an adult is fairly terrible, but you have some experience and idea that you’re going to get through it, because you’ve been there before. But your first heartbreak when you’re a teenager is intense. And it’s a time of firsts — kissing, love, sex, leaving home, periods, bodily changes, jobs. It’s like, do all these super-intense things for the first time while also comparing yourself to your peer group, who are all developing at different speeds, yet we’ve arbitrarily locked you all in the same classroom for four years. With hormones. Enjoy! And teen dramas like Dawson’s Creek, The O.C., My So-Called Life, Gilmore Girls, et al., take all that, dial it up to 11, and add whimsy, picturesque small towns, and fairy lights everywhere. (Plus, on a basic level, 30-year-olds with five o’clock shadows and six-pack abs playing teenagers is just inherently hilarious.)

Thank you for attending Winter Institute in Denver this past January. What do you hope booksellers and readers take away from your debut novel?

HRH: I had such a great time at Winter Institute! It was the first time I read aloud from my book in front of an audience — exhilarating and terrifying. I hope booksellers and readers take away just that — hope. Hope that even when things seem really tough, when life deals out a bad hand and everything seems to happen at once, that it will get better. It’s a cliché that time heals, but it’s also true — and I think that’s what Gottie learns over the course of the book. I’ve heard from readers that they think all the wormholes are metaphorical and from others that they believe it definitely happened, in a literal, not figurative, sense; either way, I don’t think it matters. What matters is that if you give yourself time — to grieve, to heal, to live, to be kind to yourself — you’ll eventually be okay.