Estep Nagy is the author of We Shall Not All Sleep (Bloomsbury), a Summer/Fall 2017 Indies Introduce adult debut novel set during the summer of 1964, when, in the midst of the Cold War, two wealthy, warring families take to their vacation houses on an island in Maine.

“I was completely immersed in this perfectly constructed novel,” said Sarah Goddin, the general manager for Quail Ridge Books in Raleigh, North Carolina, and one of the panelists on the Indies Introduce bookseller panel that selected Nagy’s debut. “Nagy contrasts the warm, idyllic setting, beautifully rendered, with the chill of manipulations and deceptions that are both personal and political. The family dynamics could best be summed up by the father, who explains to his young son how important it is to ‘learn when to lie, to whom, and to do it well.’”

Nagy’s writing has appeared in Southwest Review, The Believer, Paper, and Box Office, among other publications. His plays have been performed across the country, and he wrote and directed the 1998 independent feature film The Broken Giant.

Here, Goddin and Nagy discuss the process of researching and writing We Shall Not All Sleep. 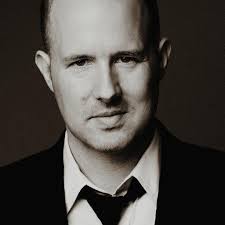 Sarah Goddin: Most of your debut is set in 1964, so the Cold War, spies, and politics play a pivotal role. Why did you choose that particular year? Did you base what happened to some of the characters on actual Cold War history?

Estep Nagy: Nineteen sixty-four feels uncannily relevant to where we are today in the U.S.

Then, as now, a Russian threat prompted an existential debate about our country’s most fundamental values. And then, as now, I think the divisions in our society felt profound and possibly unsustainable. In 1964, a lot of smart people were preparing themselves for anything, including an all-out war with the Soviet Union, and a split over what that might mean is part of why people do what they do in this book. Remember, too, that about a month after the events of this book, the Gulf of Tonkin Resolution dramatically escalated our involvement in Vietnam, which, of course, led to massive upheaval.

And, yes — We Shall Not All Sleep very much draws on American history. The question of real vs. false defectors rocked the CIA in the mid-1960s, when they tried to figure out how to handle two Soviet defectors named Golitsyn and Nosenko. I actually submitted a Freedom of Information request to the CIA for the definitive internal memos on the case, which were written in 1981, but both that request and my appeal were denied. Apparently, the issue still resonates.

SG: The settings for We Shall Not All Sleep — Seven Island and its wilder neighbor, Baffin Island — are so vivid and detailed. Are they real places?

EN: I love Maine. Life feels somehow both more raw and more philosophical in the Maine islands. If you ever get the chance to travel around the Maine coast in a boat, or even a ferry, you see that the sheer number of small islands is astounding, and so many of them have just one house, two houses, a handful. For me, to live in that kind of solitude, even just for a few weeks in the summer, is both scary and immensely appealing. The quality of the light, the colors, the strange, centrifugal isolation of the islands — these are all important facts both for me and for the book.

Seven Island itself has a thousand models. I’ve been lucky to have friends with some amazing places in that area, but a lot of Seven is also completely imaginary. A big inspiration was my great-grandfather’s farm in Maryland, where all the kids slept in one big room in the attic and my cousins lived on the farm next door. It was chaos.

Also, believe it or not, a big contributor to the emotional plane of Baffin Island, in particular, was the sport of rowing. I rowed very seriously in college, and the races were intense and amazing but also just outrageously painful. Whenever we were pulling up to the starting line, I remember feeling like I’d just been dropped alone in the middle of the wilderness. Some of that is in Catta’s feelings about Baffin. 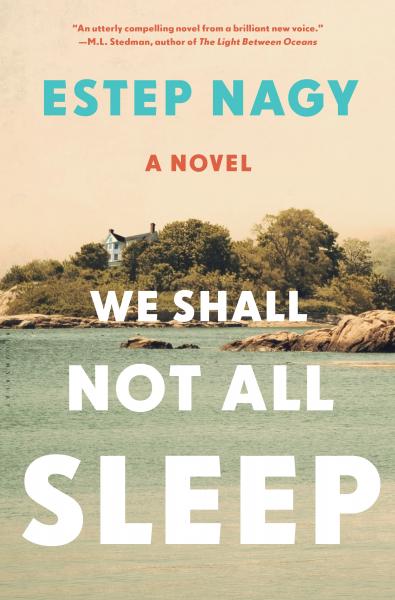 SG: Seven Island is shared by the two landowner families, the Quicks and the Hillsingers, as well as the family of workers who have taken care of the island and the sheep for many years. Where did you get the inspiration for portraying these class divisions?

EN: For Seven Island, I was thinking about what would make someone work year-round on a small island farm, not just because they needed a job but because it was viscerally important for them to do it — for example, it was part of a larger plan. That’s how I got the idea of the staff really being a church congregation. There wasn’t space in this book to say more about their beliefs and rituals, but maybe in another one. I’m interested in people who think they have callings; they tend to have a sort of wonderful light about them. Zealots are good for fiction.

I’ve also seen, in the exceptional properties I’ve visited, the routine complexity of the owners’ relationship to their staff. Who really belongs? What inherent rights does anyone have? Who’s dependent on whom?

SG: In We Shall Not All Sleep, love can be as dangerous and complex as the Cold War. Was it difficult to structure the combination of families, lovers, time periods, and plot?

EN: Understanding the proper relationship between past and present in this book was a very long process. I wrote the present-day part first, where Catta is sent to Baffin Island, and I thought that was it — that was the whole book. All the historical material was in my head, but initially I didn’t think it was relevant for the reader.

It took some very pointed advice from an old friend who also happens to be a book editor to convince me that the adult characters’ history — and indeed Cold War history — had a major role to play in this novel. My wonderful agent, Mollie Glick, thought it was a good idea. So I went back to work and that became the sections in italics, covering Jim Hillsinger’s experience with the CIA defectors and Lila Hillsinger’s romantic life and Hannah Quick’s run-in with a horrific artifact of McCarthyism called the Feinberg Law. That revision took about a year, which was more time than anyone thought, but in the end I was surprised at how calmly it all flowed and how well it meshed with what was already there. It works.

SG: Jim Hillsinger sends his 12-year-old son on a dangerous adventure and tells him to “learn when to lie, to whom, and to do it well — they are all parts of the world, or at least they are part of the unfortunate world we have left you.” Can you talk about how this theme is repeated throughout the book?

EN: Understanding the role of fiction in our lives is one of the few really vital rites of passage we have left. Jim Hillsinger calls it “lying” because he’s someone who sees the world a bit darkly, but fiction is much bigger than just lying. You begin to grasp the force of fiction in our lives when you find out Santa Claus isn’t real, for example, but then also more seriously later on when you begin to see how power really works in the world and how often it hides behind fictions both official and informal.

So when Jim Hillsinger tells Catta about the importance of lying, in a sense he’s doing what in the old anthropological texts they achieve by giving the initiate a new name. He’s marking his son as someone who’s passed an important test, and, crucially, Catta takes it that way. He’s proud and I think also disillusioned, and I know from my own experience that, while there’s some sadness to that, there’s also a very real sense of liberation.

Find out more about the author at estepnagy.com.