Dan Egan is the author of the Winter/Spring 2017 Indies Introduce debut The Death and Life of the Great Lakes (W.W. Norton & Company).

“The Death and Life of the Great Lakes is the most evenhanded piece of ecological writing I’ve come across in a long time,” said Pete Mock of McIntyre’s Books in Pittsboro, North Carolina, who served on the Indies Introduce Adult Debut panel. “It is an excellent account of the effects humankind has upon nature, in this case the Great Lakes, and of nature’s own resiliency.”

Egan, a graduate of the Columbia University School of Journalism, currently lives in Milwaukee with his wife and children and works as a reporter for the Milwaukee Journal Sentinel. He is the winner of the Alfred I. duPont–Columbia University Award, the John B. Oakes Award, the AAAS Kavli Science Journalism Award, and the J. Anthony Lukas Work-in-Progress Award, and is also a two-time Pulitzer Prize finalist.

Mock recently spoke with Egan about this timely work.

Pete Mock: What made you want to write about the Great Lakes? 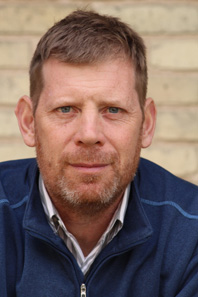 Dan Egan: I have covered the Great Lakes for nearly 15 years as a reporter for the Milwaukee Journal Sentinel. Several years ago I did a fellowship at Columbia University and that program involved a book writing seminar. Part of that seminar required I write a book proposal. I went back and looked at all the deep-dive projects I’d done for the newspaper — stories about things like invasive species, water diversions, climate change, and the history and future of navigation on the lakes — and those big projects stacked up in my head like chapters for a book. The book proposal evidently worked, because the day after the program ended I found myself meeting with an agent, and not long after that I had a contract to write the book.

PM: Some might say that your book is only of regional interest. I disagree, but how would you respond to that?

DE: In a century when clean, safe water is predicted to surpass oil as the globe’s most coveted liquid, the Great Lakes have never been more of a national treasure. They hold 90 percent of the nation’s fresh surface water and also provide recreational opportunities for millions of people, many of whom come from outside the region to swim, sail, fish, and relax on America’s Fourth Seacoast, one that is 10,000 miles long. That’s longer than the U.S. Pacific and Atlantic Coasts — combined. But perhaps more importantly, the lakes have become a beachhead for biological invasions that inevitably go national. Contaminated ballast water discharged by ships sailing up the manmade St. Lawrence Seaway linking the lakes to the Atlantic Ocean are the reason zebra and quagga mussels now threaten drinking water and irrigation systems in places as far away as Lake Mead in Nevada and the Pacific Northwest.

PM: What was the most interesting thing you learned while researching your book? 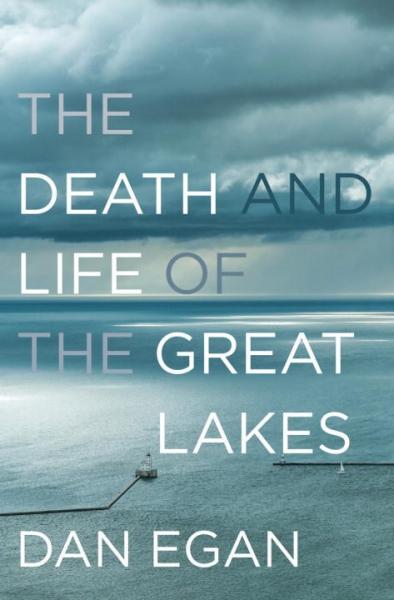 DE: How something as big as the Great Lakes could be ecologically unraveled so quickly, in just a few generations. What has happened is like a massive forest fire spanning 94,000 square miles, which is the surface area of the lakes. The question now is, will it grow back, and what will it look like? And will there be another fire?

PM: What do you think could be the greatest threat to the Great Lakes in the near future?

DE: In some ways, it’s their sheer size. People think they’re too big to be damaged by humans. But recent history has shown they are both fragile and resilient, if we give them a chance to heal from decades of being treated as little more than nautical highways.

PM: What’s next? Are you working on anything new and can you tell us a little about it?

DE: I’m in the middle of a long project about aged oil pipelines in the Great Lakes. There are thousands of miles of them, and some of the oldest ones, built in 1953, run along the bottom of the Great Lakes themselves, exposed to currents and erosion. It’s worth noting that some 40 million people rely on the lakes and their tributaries for drinking water.